Posted in Around the Garden on December 24 2019, by Plant Talk

Some of the plants highlighted in “Biophilia: Sharing Our #plantlove,” the Conservatory exhibit sharing our curators’ most fascinating plants, protect themselves with spines, stings, and more. This is definitely a case of “look but don’t touch!”

Armor: The thickened, waxy skin of many succulent plants adds a layer of protection from herbivores.

Stings: Minuscule needles of the mineral calcium oxalate are found in a wide variety of plants, from philodendrons to agave (which is used to make tequila). The sharp crystals irritate the skin and can be toxic when eaten. Stinging nettles (Urtica dioica) are covered in tiny fibers with sharp points that irritate and inject toxins into the skin.

Chemicals: Spicy or bitter plants evolved to taste unappealing to predators. Alkaloids are a large group of defensive chemicals found in thousands of plants, including nicotine in tobacco and caffeine in coffee and chocolate; piperine, the chemical in black pepper; and capsaicin, the chemical in chili peppers that is used in pepper spray. 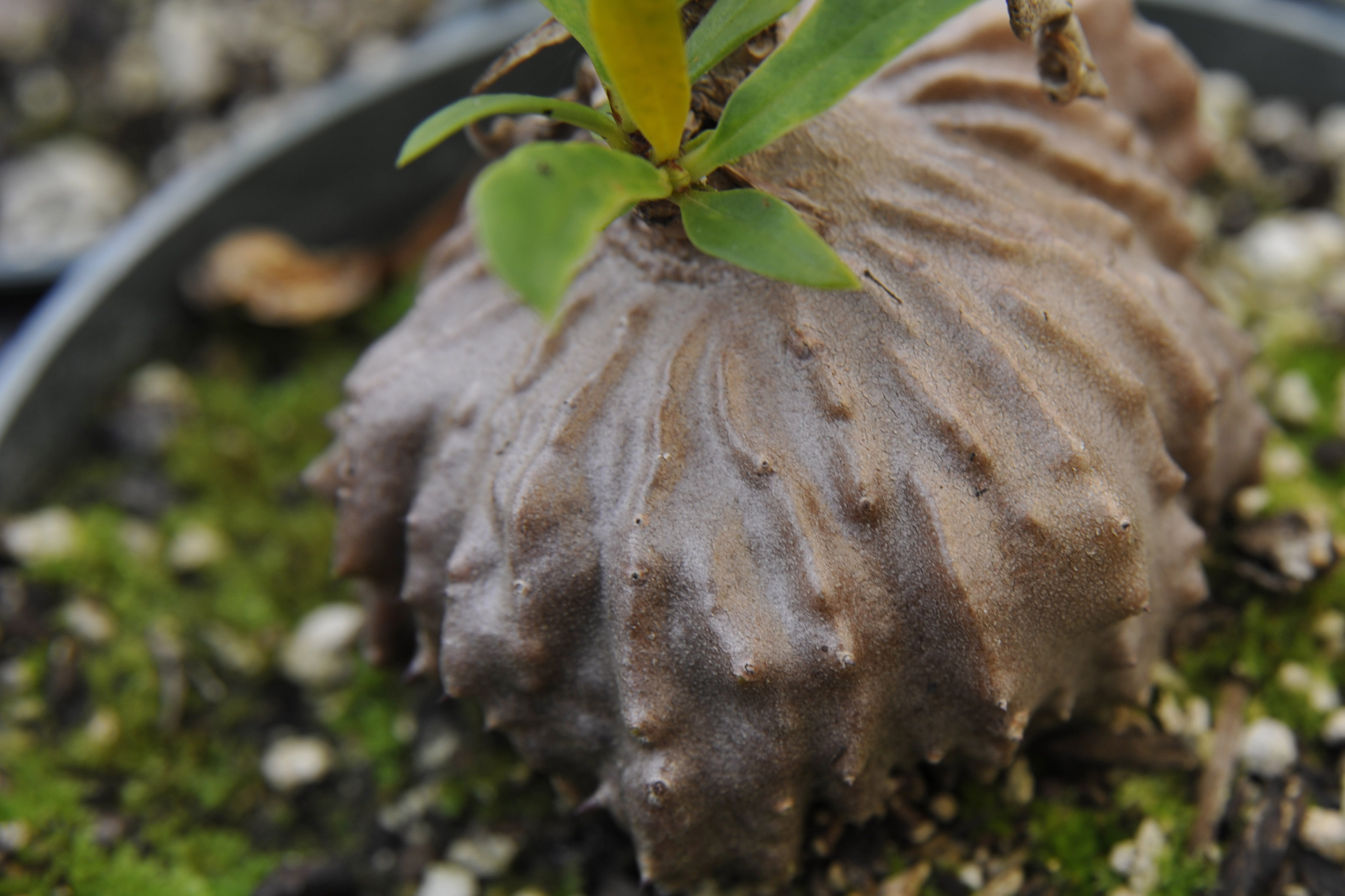 Coevolution can provide mutual benefits. In the case of the epiphytic ant-plant, its thickened, hollow stem provides a habitat for ants, which in turn defend the plant from other animals.

Coevolution: Plants and animals evolved alongside one another for mutual benefit. Some plants mimic the appearance of other organisms to blend in with their surroundings or scare predators away. Myrmecodia (meaning ant-plant) is an epiphyte (tree dweller) with a large, thickened stem filled with hollow chambers. It evolved to provide habitat for ants, which in turn may help defend the plant from other animals.