Posted in Adult Education on June 4 2018, by Education at NYBG 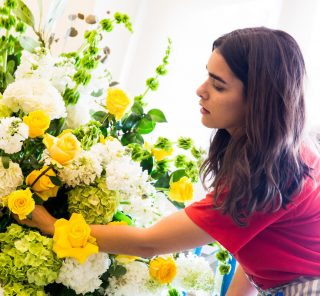 “You can turn your life around very quickly, which is exactly what I wanted to do.” Amy Roberts laughed as she described how NYBG’s Floral Design Summer Intensive reshaped her career in 2017. “I used to work in the art world, and I wasn’t happy. I had an epiphany that I wanted to be a floral designer, and I wanted to do that as quickly as possible. In April, I had never taken a floral course. By the end of the year, I was working as a full-fledged designer and wedding consultant for Starbright Floral Designs! Where else can you do that?”

Roberts is one of many students who changed their life’s course by taking one of NYBG’s Summer Intensives—in Floral Design, Landscape Design, Gardening, Horticultural Therapy, or Botanical Art & Illustration. Each Program gives students the opportunity to accelerate their progress toward an NYBG Certificate, a well-known and respected credential that helps students stand out as they embark on new careers.

The Perfumer’s Essence: Crafting Fragrance at the NYBG

Posted in Adult Education on May 11 2012, by Education at NYBG

Ed. Note: Our delectable cooking adventures, botanical art primers, and flower arranging courses make the NYBG‘s Adult Education program one of the most robust horticultural experiences in the nation. True to form, we will soon offer courses for the amateur perfumer, introductions to what can only be called “plant alchemy.”

Read on for an interview with Julianne Zaleta, who brings her perfumer’s knowledge to the table in Natural Perfume Blending and Aromatherapy 101. Each is an upcoming part of this summer’s Botanical Spa course series, bringing the sensuous and luxuriant side of gardening home. 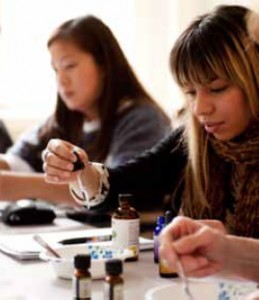 How did you start and how long have you been making your own scents?

I’ve been making my own scents for about ten years, but my love affair with plants started a very long time ago, in my mother’s garden when I was a child. When I look back I can see that my whole life has been about taking the next logical step to understanding and appreciating the plants around me. I’ve been a gardener, floral designer, herbalist and aromatherapist and I feel it’s all led me to this.

Sprouts in the Garden this May!

Posted in Programs and Events on May 1 2012, by Education at NYBG 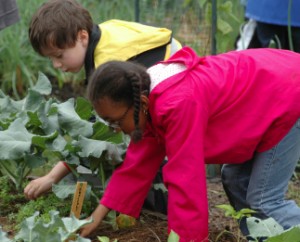 How often do your kids get a free pass to play in the dirt? It’s probably not a daily event. But beginning Wednesday, May 2, the NYBG kicks off children’s gardening programs at the Ruth Rea Howell Family Garden that won’t leave you scrubbing muddy footprints off the kitchen floor.

Garden Sprouts introduces three- to five-year-olds and their accompanying parent to garden exploration, from digging for earthworms to planting seeds. Sprouts enjoy seasonal gardening tasks, the opportunity to sample garden-fresh produce grown in their own plots, and activities especially crafted for the young green thumb. It’s a fun and productive way to get them out of the house.

Posted in Adult Education on February 10 2012, by Education at NYBG

“Chasing the light” is a phrase you’ll sometimes hear used by visual artists–often photographers and, in a slightly different sense, painters. The importance of illumination defines the form and attitude of what’s captured on canvas. And in the case of Lucy Reitzfeld’s art, it becomes a fundamental theme. Her paintings have centered on a search for “palpable” light, that which strikes the facades of skyscrapers and seems to fall on untouched snow–the instances when light appears to move and morph in such a way that you might reach out and touch it.

Along with Lucy’s husband, Robert Reitzfeld, the creative pair’s unique aesthetics work in complementary contrast, creating impressions from the rural and the urban. But for Lucy, whose work often straddles the line between in-the-field experiences and the insulated creativity of the studio, the methods of crafting are somewhat different. The traditions of the Impressionists and the plein air method are alive and well in her interpretations of the world around her.

Posted in Adult Education on January 23 2012, by Education at NYBG 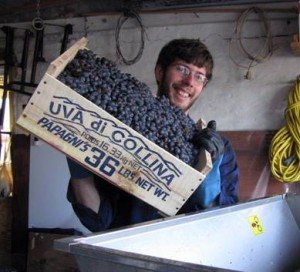 Try and name a few important crops, just off the top of your head. Were grapes or hops found anywhere on that list? They probably weren’t the first plants to come to mind, but there’s almost no doubt whatsoever: they’re two of the most constant influences on culture throughout our history. Beer and wine have been the indulgence of choice for entire civilizations, from Pharaohs to Caesars and up through our modern society.

This Winter Break, Send the Kids Into the Field

Posted in Around the Garden, Learning Experiences, Programs and Events on January 18 2012, by Education at NYBG 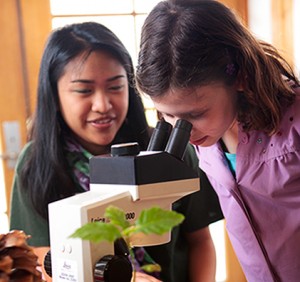 The mid-winter break is coming up on the calendar for local school kids, leaving us just a bit excited here at The New York Botanical Garden. Not that we’re taking any vacations for ourselves, mind you. For the first time, we’re throwing open our gates as one of the world’s premier centers for botanical science, welcoming curious young minds as we turn the Garden into a 250-acre classroom, laboratory, and learning playground.

Winter Science Camp offers children a “behind the scenes” learning experience under the guidance of the NYBG’s world-renowned plant educators. Kids will investigate plants in the Herbarium unseen by the public, enjoy early-morning exploration in the Forest, and experience a curriculum you just won’t find in the local elementary school schedule. Where else can they try their hand at planting vegetables, or pressing their own botanical specimens?

Posted in Adult Education, People on December 16 2011, by Education at NYBG

Kathie Miranda is the coordinator of the Botanical Art and Illustration program here at The New York Botanical Garden. She is a natural science illustration educator and artist, teaching and exhibiting nationwide. 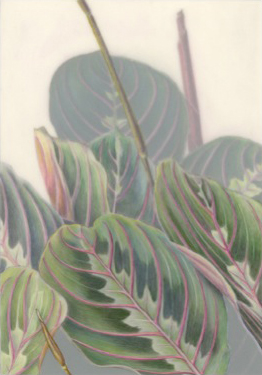 During the recent American Society of Botanical Artists (ASBA) Conference, our very own Kathie Miranda was honored as the first-ever recipient of the ASBA Anne Marie Carney Award. The honor was given in recognition of outstanding work in an exhibition for Kathie’s colored pencil on Mylar painting, entitled Prayer Plant.

The family of talented artist and ASBA member Anne Marie Carney has created an endowment fund to award one upcoming botanical artist annually, a proposed tradition which has garnered enough donation funding to support it for the next 36 years. For the inaugural ceremony in Boston on October 29, a team of three jurors selected the artwork for the award.