Posted in Nuggets from the Archives on August 12, 2016 by Science Talk

Samantha D’Acunto is the Reference Librarian at The New York Botanical Garden‘s LuEsther T. Mertz Library, where she regularly assists researchers on projects ranging from the history of science to botany, art, and landscape history. Esther Jackson is the Public Services Librarian at the Mertz Library, where she manages Reference and Circulation services and oversees the Plant Information Office. 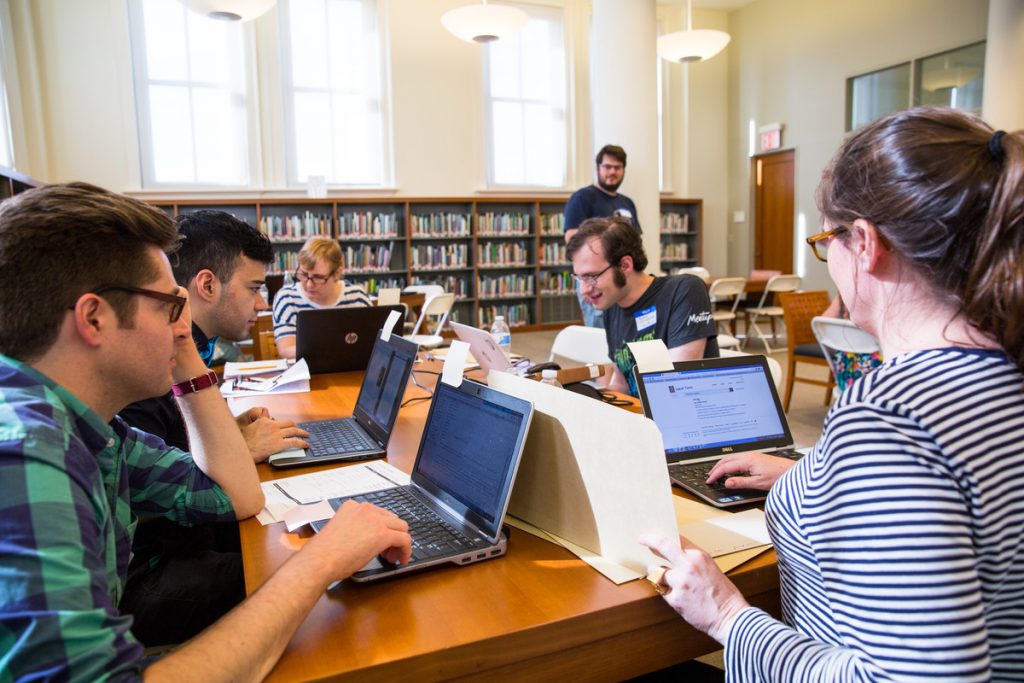 The LuEsther T. Mertz Library of The New York Botanical Garden welcomed Wikipedia editors from the New York City area recently for a five-hour session of research, writing, and editing dedicated to creating and enhancing articles about botanists who have made significant collections of plant specimens in New York State.

For several years, Mertz Library staff members have discussed the idea of creating Wikipedia pages for botanists as a way of making use of the rich information contained in one of the library’s unique special collections known as the Vertical File. Among other things, the Vertical File holds especially interesting biographical materials such as photographs, newspaper articles, magazine clippings, brochures, and other ephemera about botanists, horticulturists, and agriculturalists. Many of the individuals represented in the Vertical File were at one time affiliated with the Botanical Garden or were professionally active in the state of New York. Therefore, hosting an edit-a-thon focused on creating Wikipedia articles for botanists who have made significant collections in the state of New York seemed like a logical choice.

In preparation for the event, Library staff coordinated not only with the Garden’s William and Lynda Steere Herbarium but also reached out to other New York herbaria, using the Index Herbariorum, which contains information about the approximately 3,000 herbaria in the world today. The various herbaria located in New York State were asked to provide names of botanists whose specimens were among their holdings and who had made significant collections in New York State. Names were cross-referenced against both the Harvard Index of Botanists and the publication Authors of plant names to determine if the botanists were known to have made significant collections in New York State. Historically, botany has largely been a male-dominated field, so library staff made an additional effort to promote representation of female botanists.

Once staff established a list of 50 significant botanists, the next step was to review all materials in the collection related to these individuals. This included not only the Vertical File but also publications authored by or about these individuals. Any public domain or NYBG-produced photographs in the Vertical File were digitally scanned and uploaded with the appropriate metadata onto Wikimedia Commons so that they would be available to editors on the day of the event.

In the weeks prior to the event, Library staff promoted the edit-a-thon widely. The administrators of the other New York State herbaria were invited to attend in person or to participate remotely, and the staff made contacts with the local Wikipedia NYC community, which is a highly active group of editors who create and modify articles across subjects, using the resources found in academic and special collections throughout New York City. In addition, promotional materials were shared over several channels, such as Instagram, Twitter, Facebook, and Science Talk. 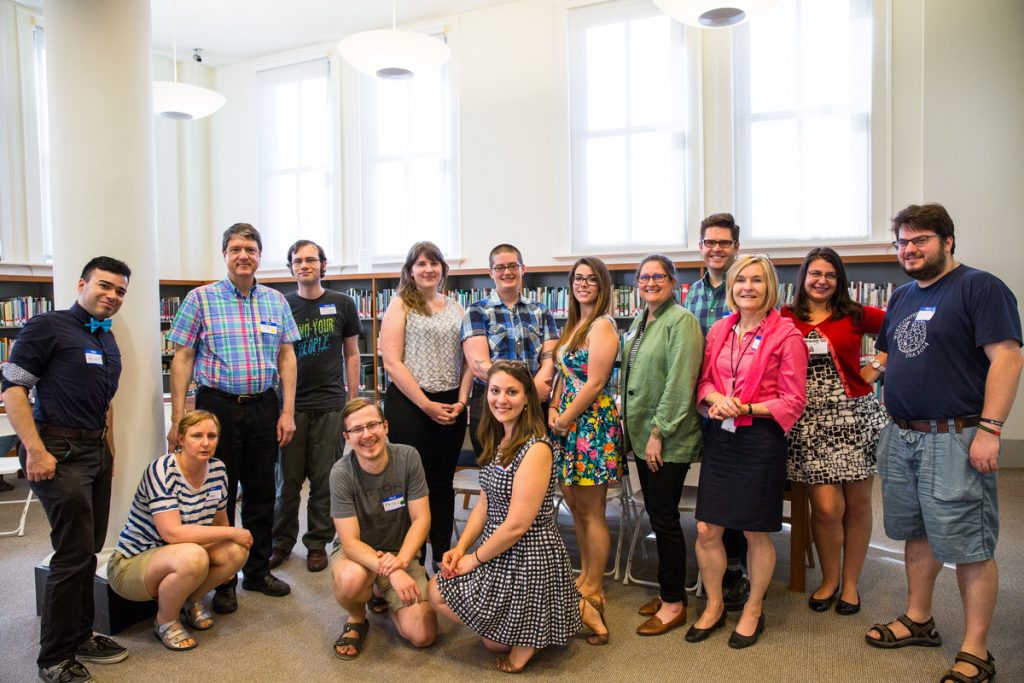 On June 15, the day of the event, the library welcomed a total of 26 attendees, 22 of whom were not affiliated with the Garden.  A total of 5 articles were created and 14 pages were edited. Examples of the day’s work include articles about Daniel Atha, the Garden’s current Conservation Program Manager; Grace “Betty” Lotowycz, who was a member of the Torrey Botanical Society; and Inez Haring, a moss specialist who was an assistant honorary curator at the Garden.

Based on the success of the event, the staff of the Mertz Library knows that the Library’s collections can and should continue to be used to create and enhance articles on Wikipedia. There is a seemingly never-ending list of botanists who have made significant scientific contributions but have fallen out of public view. The staff looks forward to continuing to promote the Garden’s collections and the work of botanists, on Wikipedia and beyond.