In spite of strict international regulations, many wild orchids today are under severe threat of extinction from overcollection, poaching, and destruction of their native habitats. The Convention on International Trade in Endangered Species (CITES) is an agreement between governments to ensure that international trade of wild plant and animal specimens (and products made from them) does not threaten their survival. 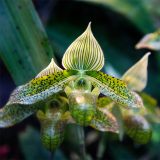 Set Out on a Virtual Orchid Expedition

Help see how you can help scientists better understand and conserve the biodiversity of the Orchidaceae family. An amazing virtual expedition put orchids in the spotlight, and invite you to take part in helping us digitize a variety of specimens past and present, of Orchids from South America. 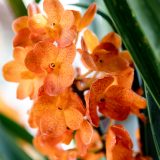