Posted in History & People and originally posted on March 12th, 2014, by Elizabeth Kiernan 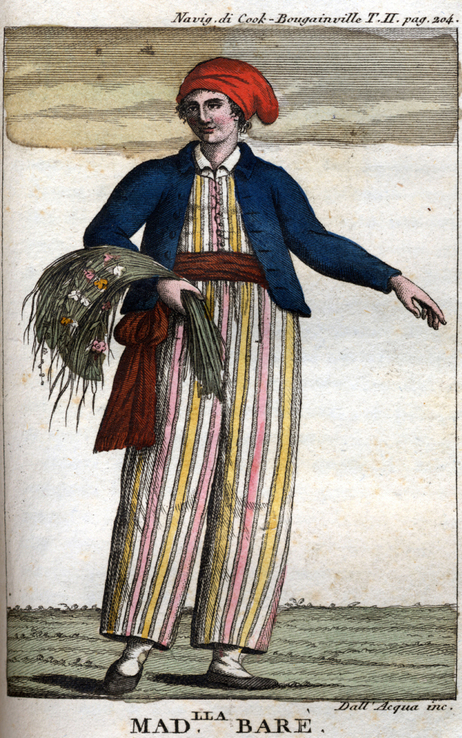 On the expedition, Baret had to endure physically demanding work in the field, including carrying the heavy, cumbersome wooden plant presses used to preserve botanical specimens. She was involved in collecting more than 6,000 plant specimens on the voyage, though she was never credited. Commerson was frequently incapacitated due to poor health, and at these times Baret led the expedition as chief botanist. She made some of the more notable collections of the expedition; in fact, she probably deserves credit for the greatest find, Bougainvillea brasiliensis, a vine with bright, beautiful flowers that is native to South America.

After passing as a man for some two years, Baret’s true identity was discovered, possibly by tribesmen in Tahiti. Surprisingly, she was not prosecuted, likely because expedition commander Bougainville was so impressed by her contributions in the field. She and Commerson, however, were forced to leave the expedition at the French colony of Mauritius. Commerson died there, and eventually Baret married a French soldier. It was only in 1774 or 1775, when the couple returned to France, that she completed her voyage around the world. 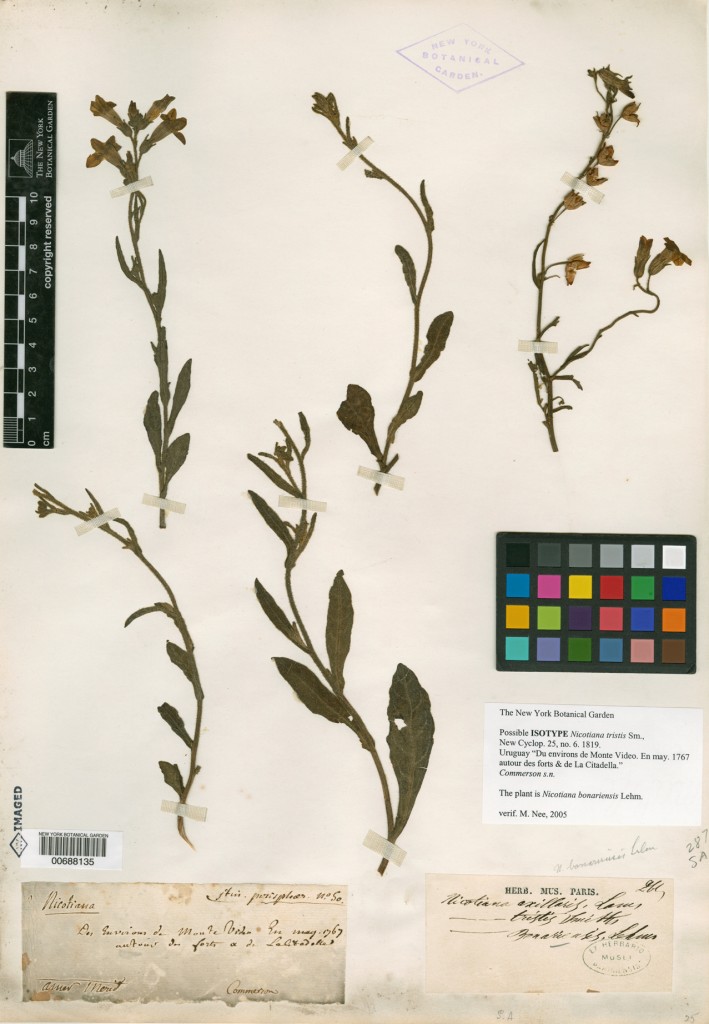 A plant specimen collected by Commerson and Baret in Montevideo, Uruguay, in May 1767 that is now in the William and Lynda Steere Herbarium. Note that only Commerson was credited on the specimen label.

The Prince of Nassau-Siegen, a nobleman who was also part of Bougainville’s expedition, noted Baret’s accomplishments. “I want to give her all the credit for her bravery,” he wrote in his memoirs. “She dared confront the stress, the dangers, and everything that happened that one could realistically expect on such a voyage. Her adventure, should, I think, be included in a history of famous women.”

Although she did not receive credit for her findings at the time, Baret was finally given the recognition she deserved when a new South American species in the potato-tomato family, Solanum baretiae, was named in her honor in 2012.

To learn more about Jeanne Baret, you can read a biography of her life, The Discovery of Jeanne Baret: A Story of Science, the High Seas, and the First Woman to Circumnavigate the Globe, by Glynis Ridley.