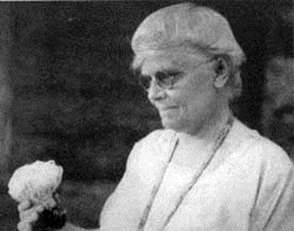 That summer, while on vacation, she presented herself at the office of Dr. Lee Bonar at the University of California, Berkeley. She explained that she wanted to study cryptogamic botany, a diverse group of species comprising algae, fungi, lichens, and bryophytes (mosses and related plants). By the end of that summer, Morse decided to retire from teaching, devote herself to the study of fungi, and move to Berkeley. Although registered as a part-time graduate student at Berkeley, where she was given working space in the attic of the Botany Building, she was not a candidate for a higher degree. However, as a guest of the Department of Botany, she was provided with storage and work space for more than twenty years.

She regularly spent her summers on collecting trips, including a trip to Maine in 1935. In her later years, she distributed much of her extensive collections, starting with the herbarium at Berkeley but also including smaller sets that went to a number of institutions, including, in 1948, the Botanical Garden.

Inside the box from the long-gone Berkeley department store is a folder addressed to Dr. F. J. Seaver, the Garden’s fungi specialist at the time, with collection notes and a cover letter. “Tho’ rather common species, they show what Maine coastal climate may do in reducing size,” she wrote. “I carried these specimens in my suit-case for several weeks, for safety’s sake! I hope they may last many years.”

You can read more about Elizabeth Eaton Morse here.

What a beautiful collection, wonderfully arranged! Interesting how women in science had to make due without higher positions…