During the Library’s Open House event on Friday, September 20, a display of Torrey artifacts and letters will be on view and the Project’s Transcription Coordinator will be available to speak with visitors. 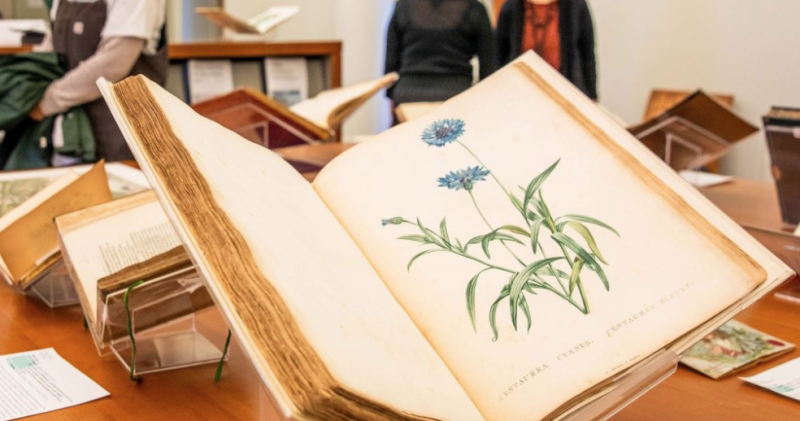 The themes discussed in the day’s Second Annual EcoFlora Conference—the ecological history of New York, the future of plant conservation in our city, the role of civic institutions in the protection of our flora, and more—will also be explored through several displays of related materials held in the Library’s collections. These include illustrated folios and colored prints examining the work of botanist Alexander von Humboldt, threatened and extinct species from our region impacted by urbanization and climate change, food distribution and supply issues, cookbooks, Brazilian rainforest plants, and works on ecology from the Library’s children’s literature collection. The public is invited to attend the LuEsther T. Mertz Library’s annual Open House event and try their hand at various puzzles, discover colorful and interesting images exploring climate change, and register for an NYBG Library card.