Unearthing History in the Herbarium

Posted in Around the Garden, Behind the Scenes, Learning Experiences on March 27 2012, by Amy Weiss

Amy Weiss works in The New York Botanical Garden’s Herbarium, cataloging and preserving plant specimens from around the world. 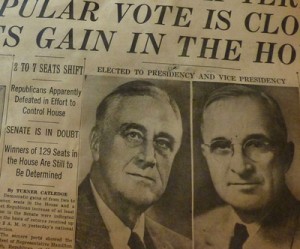 Part of my job in the Herbarium of the NYBG is processing plant collections researchers have stored over the years. In general, we only mount plants that have been identified to species. That process can be quick if there is currently a specialist–we send the person a duplicate of a plant collection, and they send us the plant’s name once it has been identified. However, identifying plants to specific species can take much longer if there is no one currently specializing in a certain family or genus.

Herbaria are important because they are the depositories of such historical collections, and with our care they will still be around when a specialist is available. Once identified, we mount the plant specimen for New York, and distribute any duplicates to other herbaria around the world. The collections gathered by NYBG scientists that are still waiting for identification reside in our cold room in the meantime, where they will occasionally remain for decades before the right specialist becomes available.

We were recently notified that a graduate student in Brazil would be working on the genus Maytenus in the family Celastraceae, a group that hasn’t had an attached specialist in a long while. Because of this, we had been pulling duplicates of this family from the cold room to send for further study. It was while pulling these specimens that I came upon one wrapped in an old newspaper: a November 8 edition of the New York Times from 1944. According to the information handwritten on the paper, the specimen within had been collected several months earlier by one Bassett Maguire, as part of his May expedition to the Potaro River Gorge in British Guiana (now Guyana). 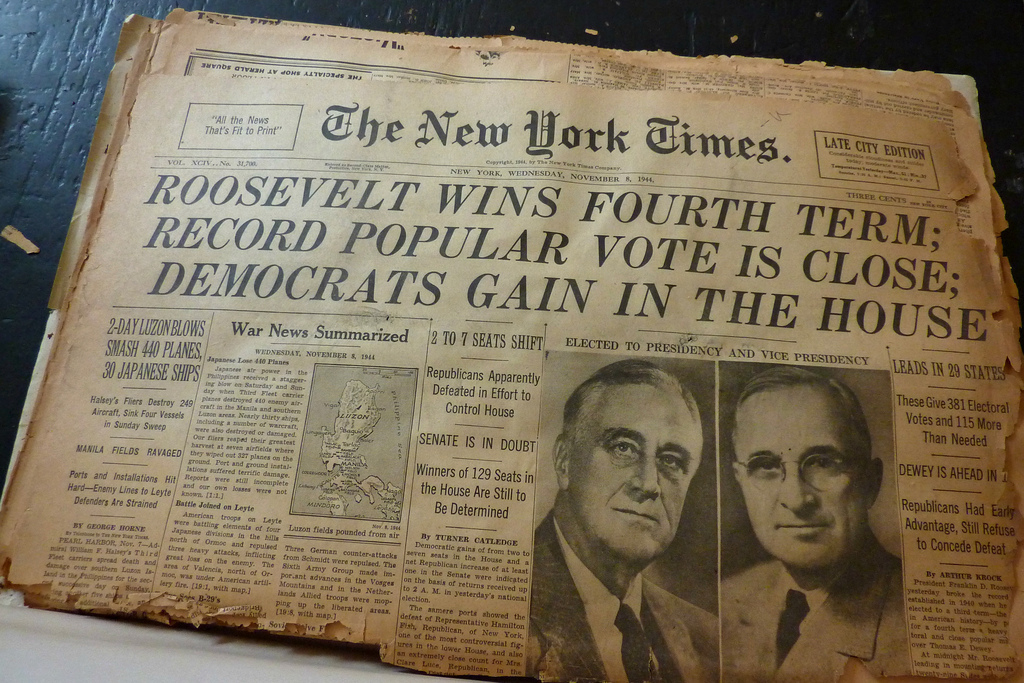 Maguire was a curator here at the NYBG, and we still have his field notebooks and collections spanning from 1944 to 1970. Many of them were assembled in South America. As plants are collected in the field, a researcher will often take multiple specimens from the same plant or area at the current site–duplicates that are then given a collection number for record keeping. In this case, it’s “Maguire 23559.” This collection must have been bundled (or re-bundled, judging by the date gap) in newspaper upon Maguire’s return to New York. On these newspapers we write the collection number and keep track of where duplicates have been sent. In the image above you may be able to make out a small “-U“–an herbarium code–which indicates that we sent a duplicate to the National Herbarium of the Netherlands.

One fun aspect of my job is coming across interesting old finds like this. Often we’ll discover the specimens wrapped in newspapers from the countries in which the collection was made, so we also get to see some local flavor from the period. I also appreciate reading the field notebooks that sometimes turn up with collections; in addition to information about the plants collected, they’ll occasionally contain little diary entries, lists of items brought on the expedition, or notes on wildlife sightings. When everything is put together, you not only get a sense of how challenging it can be to collect plants (in this case during World War II), but also of how rewarding it is.

This time around I also enjoyed a little history lesson, as the yellowed copy of the Times inspired me to head to the computer and read up on the 1944 election.

Loved your photo of the Ginko leaves “fanning out” and clicked on all your previous photos on this blog. They are each so lovely, and the snowdrop rising out of the icy snow truly represented Spring in Winter to me, and the Autumn leaf evoked Fall and all that season represents.

I’ve recently become a Tour Guide in Training, and I also retain my membership. As a group, some of us members recently visited the Herbarium for an eye-opening guided tour of your Mounting Room, etc. Everything I read or see adds to my “fund of knowledge.”

Your beautiful and timely photographs surely will contribute. Thank You!
Sue