Posted in Interesting Plant Stories on August 1, 2017 by Julia Beros

Julia Beros has worked or interned at The New York Botanical Garden for more than two years, including at the Pfizer Plant Research Laboratory and the Ruth Rea Howell Family Garden. In May, she graduated from Sarah Lawrence College.

It’s hardly a secret that the Amazon rain forest, the largest expanse of tropical rain forest on earth, houses great biodiversity and that environmental degradation from climate change and human enterprise is a massive and looming threat throughout the region. The most critically threatened areas also happen to be the least studied and inventoried, but they are estimated to have the highest biodiversity within the Amazon rain forest. NYBG scientist Benjamin Torke, Ph.D., is working to fill in the gaps in our understanding of the rich plant life in one such area in the state of Pará in the southeastern part of the Brazilian Amazon.

Recently, environmental degradation has threatened the potential for capturing and sharing this knowledge. In the southeastern regions of the Amazon, many of the detrimental effects of climate change are heightened by expanding human development. Ranching, logging, soy bean farming, mining, and settlement all contribute to the loss of natural habitat. The construction of a highway that bifurcates the forest has simultaneously created isolated regions of biodiversity and increased the rate of forest degradation. The potential loss of biodiversity is almost visible from satellite images in which beige hatched lines scratch across the dense green rain forest.

The Amazon is not completely without protection, though. Many efforts have been made towards forest conservation and habitat preservation. To manage protected lands, government agencies, local indigenous communities, and other groups control various protected parks.

Low-hanging clouds along the Tapajós shroud the rain forest. 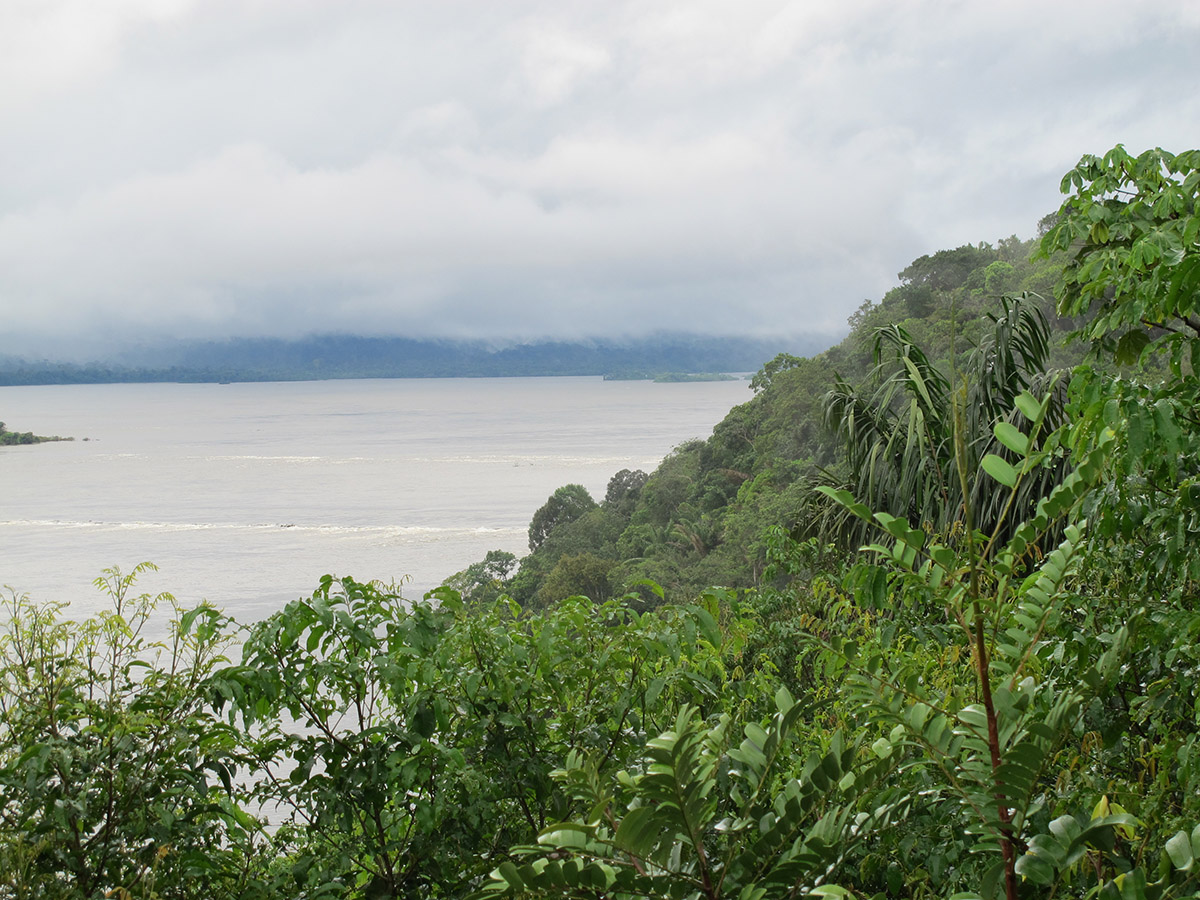 Sandwiched between two such parks, the Tapajós River is the preliminary site for Dr. Torke’s multi-year floristic inventory project. The goal of a botanical inventory such as this is to collect as much usable data to share as possible. In talking with Dr. Torke, it is clear this is no small endeavor. The amount of collected plant matter is overwhelming, and a huge amount of labor is involved in identifying and determining plant species. Much of that occurs in the field while plants are being pressed. Naturally, though, when collecting vast amounts of unknown, diverse species, determining the family, genus, and species becomes a dizzying task, one that continues long after the specimens make it to The New York Botanical Garden.

The data from this project will, after many hours of verifying and checking plant descriptions, make its way to the William and Lynda Steere Herbarium and the C. V. Starr Virtual Herbarium, where it can be freely accessed for research. Endemic plants—species that are native and restricted to this area—could provide valuable insight into plants in the same family elsewhere and be relevant to studies of all Neotropical plant diversity. Understanding this region’s biodiversity is also critical in supporting and enhancing conservation research and action.