Posted in Exhibitions, Kiku on November 5 2012, by Matt Newman 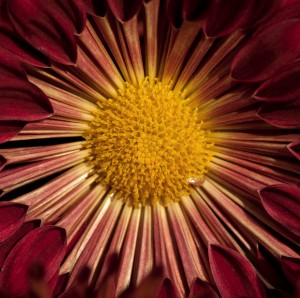 Captured under glass in an intimate snapshot of a generations-old artform, this year’s Kiku collection is now up and running in the Bourke-Sullivan Display House, a wing of the Nolen Greenhouses for Living Collections at the NYBG. And as exhibitions go, this one–as always–is a vital testament to the heights of beauty and expertise that horticulture can reach.

Like so many of our exhibitions, Nolen’s master horticulturists have spent months behind the scenes, sculpting and training otherwise commonplace flowers into shapes unlike anything seen in a workaday home garden. Thousands of chrysanthemum blooms across a rainbow of colors now take on the forms of Ogiku, Ozukuri, and Shino-Tsukuri. Now, those names may strike mysterious chords at first, but they’re easy enough to understand–if not recreate–once you spend a little time with our handy, dandy primer.

As with Japanese flower arranging, or ikebana, kiku arrangements strike a balance between simplicity of form and complex concepts. But that’s not to say that this centuries-old chrysanthemum technique is all heady thought and little technique–quite the opposite, in fact! The clean, flowing lines of an Ozukuri display, for example, belie the time-consuming and difficult process to create them. Kind of like putting together a 1000-piece jigsaw puzzle of an Andy Warhol painting.

Ozukuri means “thousand blooms,” and the handle is apt. This is the largest of our kiku forms, and certainly one of the most trying to coax to life. To do it, our visiting chrysanthemum expert begins with a single stem cutting from a mature kiku, tending to it until the stem can be pinched off to encourage side branches to grow. From there, the five strongest side branches are selected and the rest removed; after a repotting, the secondary branches that sprout from the five central branches are trained along vertical stakes. Once fully grown, they are untied and resecured to a complex framework, with only one flower per branch, creating a hillock of hundreds of perfectly spaced chrysanthemum blossoms from a single plant.

Like Ozukuri, Kengai–or “cascade” kiku–relies on a single cutting to create a web of many smaller branches, which is then laced through a lattice of bamboo and wire as it continues to grow upward. Once the desired effect is created, the lattice is lowered to create a “waterfall” of chrysanthemum flowers tapering to a near-point. Placed alongside one another, Kengai displays make for a tumbling wall of color.

Okigu, or “triple stem” kiku, take a slightly easier approach, valuing the simplicity of a few stunning blooms over a sea of hundreds. The technique is similar to Ozukuri and Kengai in that a single stem is pinched off to create several (in this case three) sturdy branches, but rather than allowing them to proliferate, only these three are kept to thrive. From each stem comes a single, perfect flower. Just don’t mistake the few for a lessened impact–these chrysanthemum varieties produce enormous, pom-pom flowers in whites, yellows, and pastel purples.

Shino-Tsukuri kiku combines the best of Kengai and Okigu to produce the effect of “driving rain.” Using the firework-like Edo chrysanthemum variety, the horticulturist plants two cuttings alongside one another, encouraging several straight branches to grow at staggered intervals that create an angled circle. Atop each stepped branch sits a single explosive flower with a spray of narrow, colorful petals, not unlike falling rain on a hillside.

This time around, we’re not only demonstrating traditional kiku forms, but introducing contemporary designs from the imagination of our visiting horticulturist, Kodai Nakazawa. With years of experience at the Shinjuku Gyoen National Garden in Tokyo, he comes to the NYBG with an inspiring chrysanthemum expertise. You’ll now find a bridge, climbing spirals, a chrysanthemum house and a bonsai-like chrysanthemum tree pushing the innovation of technique alongside classics like Kengai and Ogiku.

Honestly, there’s too much nuance poured into the art of kiku for me to spill it all here–specialists spend years, if not decades mastering the form, and we’re proud to have them visiting the Garden with their skill in tow; there are not only the design disciplines to consider, but the crowd of unique chrysanthemum varieties and classifications used in each one. Spider, brush and thistle, or unusual. Anemone, spoon, or quill. Each has its place in the art of kiku, and each has its quirks to overcome. For now, we hope you’ll make the brief jaunt up to the NYBG to see 2012’s kiku exhibition while it lasts–our brief window of Japanese garden beauty continues only through Sunday, November 18, after which you’ll have to wait at least another year until these iconic fall flowers return.

There’s been enough ugliness thrown at New York and its surrounding states to last us, so why not temper it with something on the other end of the spectrum? The Bourke-Sullivan Display House is your destination.

this post is very interesting….I learned a tremendous amount in a few minutes. It is almost incomprehensible to ponder the patience and devotion necessary to perfect this living art form…..thanks so much for the wonderful details and photos….