Posted in Bill Buck, From the Field, Science on February 19 2013, by William R. Buck

Ed. note: NYBG scientist and Mary Flagler Cary Curator of Botany, Bill Buck has just returned from his annual expedition to the islands off Cape Horn, the southernmost point in South America, to study mosses and lichens. For the past two years he was able to file stories from the field, but this year’s locations proved so remote he was forced to wait until his return. We will be publishing them over the course of several days. 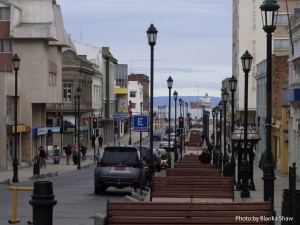 The waiting is finally over. I arrive here Sunday evening after a grueling 36 hour trip from my home in New York. The trip is always horrible with inevitable long layovers, a 9+ hour international flight, an an additional 4-5 hour flight down to Punta Arenas. It seems somehow unjust after enduring that long flight to then be crammed into an Airbus 320 with scarcely enough leg room for someone significantly shorter than me.

I meet up with Juan Larraín (of previous trips) who is now a post-doctoral student at the Field Museum in Chicago. Juan has already been in Chile for a few weeks to visit his family over the holidays. I hardly recognize him because he has shaved his beard since I saw him last, but he hasn’t shrunk and so is still at least a head taller than most Chileans. I had asked Juan to arrive in Punta Arenas a day earlier than everyone else so he and I could start preparations for this year’s expedition. Additionally, we are welcomed to Punta Arenas by our old friend Ernesto Davis, who also acts as our local facilitator. 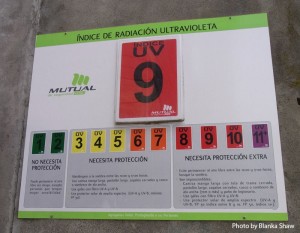 Being back in Punta Arenas feels like a homecoming. We have used this city as a staging area for several years now and I have become quite fond of it. Unfortunately, Juan’s luggage has failed to appear on schedule and won’t resurface for two days. Upon arrival it very much looks as if it had been riffled through. From the airport we head directly to our friendly Hotel Carpa Manzano, where they now know us so well they don’t even have us pay until after our trip. This completes the feeling of homecoming.

The next day the rest of our group arrives, four on the same flight that Juan and I had been on the day before. First to disembark is Laura Briscoe of the Field Museum, returning again this year to continue her work on hepatics. Also on the flight is John Spence of the U.S. National Parks Service and a specialist on the genus Bryum. Finally, Niels Klazenga and Paddy Dalton (last seen in Tasmania) from Australia emerge. This is the first trip to southern Chile (or Chile for that matter) for John, Niels, and Paddy, and they are thrilled to realize they had just come in over the Straits of Magellan. Several hours later, Blanka Shaw arrives, a return visit for her too, to complete our group. We had hoped that Matt von Konrat (who has made a great project website) would be able to make it, but due to work commitments, he was unable to do so. 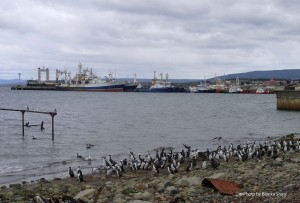 We spend the next two days reacquainting ourselves with Punta Arenas, making preparations for the expedition, and waiting. The logistics on big trips like this are very complicated and inevitably we spend a lot of time waiting for one thing or another. That’s the hardest part–you want to get into the field but there is always one hurdle or another to clear before you can leave.

But, the day of departure always arrives, and of course it has. We pack up all our gear and fill the hotel lobby with our suitcases, duffle bags, and boxes. These trips require a profusion of clothing to shield us from the area’s harsh weather and a lot of equipment. Add in our sleeping bags, blankets, shipboard clothing, and everything else and you get a small group of heavy travelers! 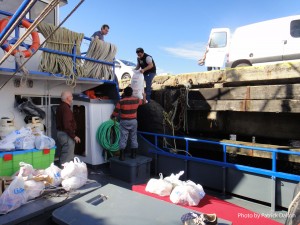 As our luggage is transported to the ship we dash around purchasing last-minute supplies and then gather for lunch in the city. After lunch we walk over to the dock to see the ship. We find ourselves with no native Spanish speaker, which means it takes quite some time before we convince the security guard to let us in. But eventually he lets us pass and we’re able to see our trusty old ship again, the commercial crabbing vessel, the Don José Miguel. And then we wait again. People come and go and it seems we are always missing someone.

Finally though everyone makes their way aboard the ship and we are able to leave port at 8 p.m., still with hours of daylight ahead of us. The calm waters of the Straits of Magellan lull us into thinking it will be a smooth trip. The first penguins are spotted, as well as numerous dolphins. It is after 11 p.m. before it finally gets dark and we retire for the night with the promise of arrival at our first site early the next afternoon.

I just read your expedition notes, honestly I would like to say “perfect and nice moments”