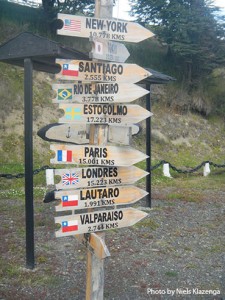 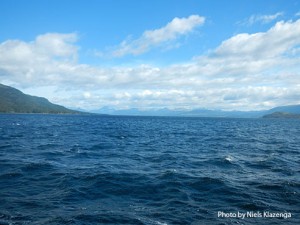 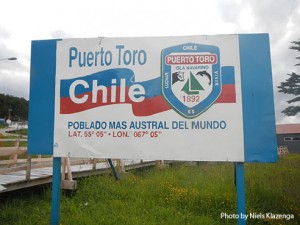 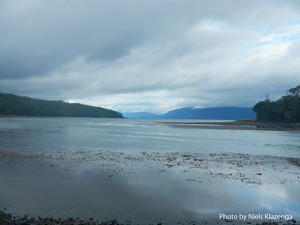 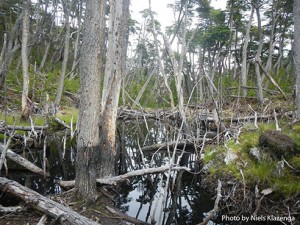 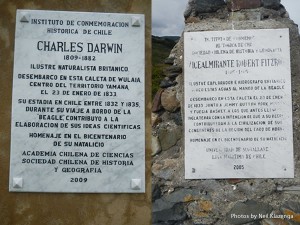 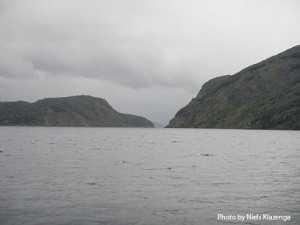 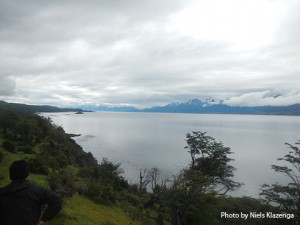 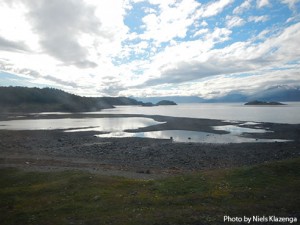 Posted in Bill Buck, From the Field, Science on March 5 2013, by William R. Buck 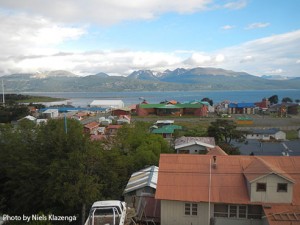 I wake up at 5 a.m. and get out of bed. I know sunrise is around this time and that we will be arriving in Puerto Williams shortly thereafter. My early morning is well rewarded; the sunrise is gorgeous, increasing in intensity of pale yellows, pinks, and oranges all on a pale blue palette. The temperature is warm–I am comfortable standing on the upper deck in just my sleeping clothes. The captain and I wave at each other and both go back to our own thoughts. In the distance, on the left (south) shore is a small group of lights that I think must be Puerto Williams and when I point at them the captain confirms my assumption.

Several hours earlier I was up at 1:30 a.m., and to the north the whole coast was ablaze with lights over a large area: Ushuaia. Tiny Puerto Williams provides quite the contrast to Ushuaia. Puerto Williams’ population is around 2,200, which, in actuality, is the population of the entire province with the vast majority of those people living in this, the province’s only town. Puerto Williams is not only the provincial capital of Antártica Chilena, it is also the largest southernmost permanent settlement in the world (there is actually a very small town somewhat further south that is attainable only by ship and that we’ll visit later). It is also a navy town and run by the military for all practical purposes. I first came to Puerto Williams in 2000 and the town has scarcely changed in the intervening years. Indeed, it probably hasn’t changed much in a considerably longer time.