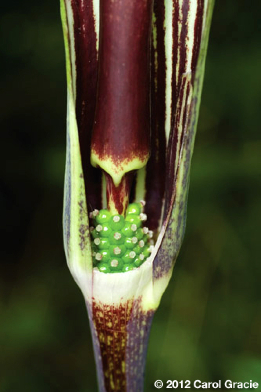 ◄ Back
Next ►
Picture 2 of 4
The interior of a female inflorescence with flowers comprised of only green ovaries with white stigmas.