A Weed by Any Other Name

Posted in Horticulture on August 16 2016, by Kristine Paulus

Kristine Paulus is NYBG’s Plant Records Manager. She is responsible for the curation of The Lionel Goldfrank III Computerized Catalog of the Living Collections. She manages nomenclature standards and the plant labels for all exhibitions, gardens, and collections, while coordinating with staff, scientists, students, and the public on all garden-related plant information. 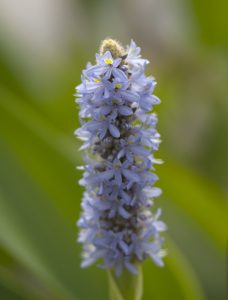 There are some words that gardeners would rather eradicate from their lexicon. “Weed” is one of them, whether a noun or a verb. Although the definition of weed is subject to debate (some define it as any plant growing where it’s not wanted, therefore a rose growing in a cabbage patch might be considered a weed), and can have multiple meanings (such as a widow’s mourning garments, but that’s a discussion for another time), most people think of a weed as a plant with little value.

So when is a weed not a weed? Many common names for plants include the word “weed” and are often associated with plants that we consider nuisances like bindweed or knotweed. However, quite a few likeable plants, such as native plants and those that are beneficial to pollinators, also contain the word “weed” in their name. Botanists and horticulturists tend to avoid the use of common names because they cause confusion. These vernacular terms vary by region and culture but also the same word can be used for multiple species. Since plants have only one botanical name accepted around the world, it’s a much more accurate term.

So which “weeds” are keepers?


Impatiens capensis, commonly known as jewelweed, is an abundant native plant with spotted orange flowers that have perfectly adapted to hummingbirds. Though an annual, it will readily self-seed and return each summer. Some people claim the leaves can be used to treat poison ivy rashes. Sounds like more of a jewel than a weed! 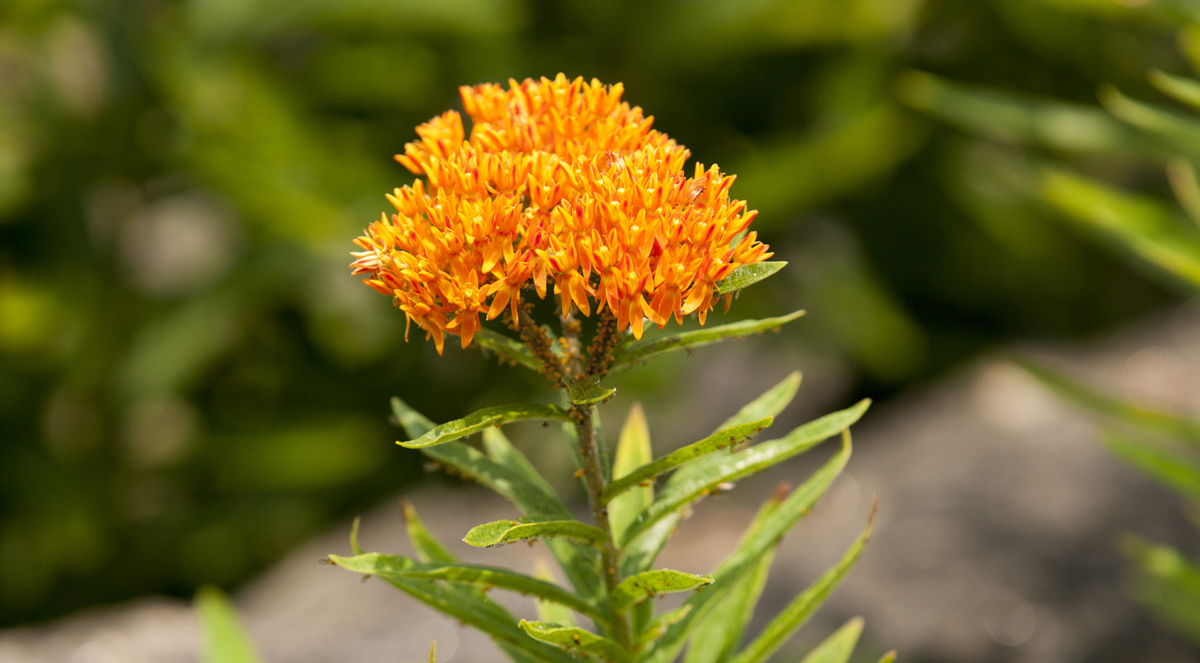 Named for Asclepius, the Greek god of healing, Asclepias is a large genus of milkweeds and butterfly weed primarily from North America and, as one of the common names suggest, is an important food source for our beloved Lepidoptera.

Sneezeweed (Helenium spp.) is another native butterfly attractant that brightens up gardens in late summer and fall with fiery reds and oranges. The common name comes from the fact that its leaves were once dried and made into a snuff to induce sneezing in an effort to “expel evil spirits.” We hope it will expel the other kind of weeds.

One of the tallest, toughest, and purplest native wildflowers is Vernonia noveboracensis, or New York ironweed. It and other ironweeds such as V. lettermannii, are real beacons for bees and butterflies. The specific epithet of the botanical name refers to New York, where it may have been first collected.

Joe-Pye weeds are prominent, statuesque eastern meadow wildflowers. A number of cultivars of Eutrochium spp. (reclassified from Eupatorium), such as ‘Baby Joe,’ are available for smaller gardens and for better butterfly viewing. We’re guessing Joseph Pye did not consider this medicinal plant a true weed.

Most of us know Dicentra eximia better as wild bleeding-heart or turkey-corn, but another common name is staggerweed, which is staggering to think that “weed” usually refers to unwanted plants. Its unusual heart-shaped flowers and fern-like foliage make it a wonderful woodland shade plant. As with many of our natives, it is loved by bees and butterflies.

Galax urceolata is a clumping evergreen perennial with leaves that turn brilliant crimson in the fall. The genus comes from the Greek word for milk, gala, an allusion to the white flower spikes, but the meaning of the common name beetleweed is more obscure and doesn’t convey the personality of this Appalachian native.

An interesting aquatic plant, Pontederia cordata is also known as pickerelweed. It not only has ornamental purple flowers and attractive leaves but also provides important habitat for fish (not just pickerel!) and frogs and is a food source for ducks, muskrats, turtles, and other wetland wildlife.

p.s. especially those galax leaves…oh…used to use them for the base of flower arrangements…they look like lily pads:)

Pickerelweed has become a weed in my pond. And 4’oclocks have taken over in the back garden where I started with only 3 plants. The roots are huge. I love growing milkweed for the Monarch butterflies, I leave seedlings where they plant themselves because of the long tap root. Some of my cannas have also become thugs over the years. My redbud tree manages to create many offspring each year too. There are so many plants I have loved until they took over.