Boxwood Comes Under Blows: Protect Your Landscape Against Blight

Posted in Horticulture on August 14 2014, by Don Gabel

Don Gabel is NYBG’s Director of Plant Health. He monitors, diagnoses, and prescribes treatments for all the plants growing on the grounds, as well as in NYBG’s beautiful gardens and glass houses. Don educates and provides horticultural advice to the staff as well as teaching the public about different aspects of horticulture. He lives in Rockland county New York. 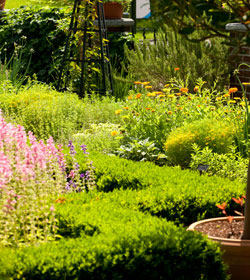 Here we go again! Just as we find a versatile, deer resistant, drought tolerant, easy-to-maintain landscape plant, a new pest problem emerges. Boxwood has been extensively planted over the last 20 years and I always say, “If you plant it they will come.” In late 2011, the pathogen causing boxwood blight (Cylindrocladium buxicola) was documented in the U.S. Since then it has been found in at least 5 states. This pathogen attacks the leaves and stems of boxwood, and a few related plants, eventually causing defoliation and death. The Northeast is full of mature specimen boxwood, and it is a popular landscape plant for new plantings, so there is a high potential for significant impact on landscape boxwood.

This disease began primarily as a nursery problem. Since then, it has spread to the landscape through new plantings of boxwood, and into the suburban landscape. When a single genus or species is over-planted in the landscape, eventually what were minor pests, or new invasive insects and diseases, can become major problems. The disease is now found in the landscape in western Connecticut as well as in Long Island and Westchester in New York. boxwood blight first appears as chocolate black spots on the foliage. In a few days the spots develop yellow to brown rings, eventually infecting the whole leaf. In a couple of weeks, the leaves die and fall off. The stem close to the infection can have black dead lesions or cankers.

A Deep Dive into Watering Plants

Don Gabel is NYBG’s Director of Plant Health. He monitors, diagnoses, and prescribes treatments for all the plants growing on the grounds, as well as in NYBG’s beautiful gardens and glass houses. Don educates and provides horticultural advice to the staff as well as teaching the public about different aspects of horticulture. He lives in Rockland county New York. 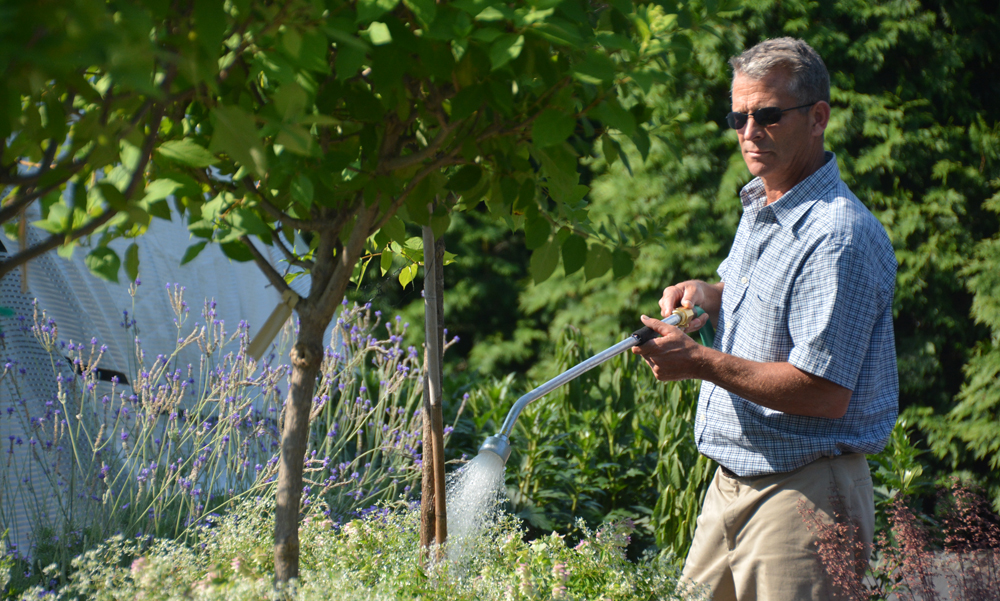 The other day, a friend asked me how much he should water his plants. And oh boy was that a loaded question. “Sit down,” I said. “This may take a minute.”

Most plant enthusiasts would agree that this is not always such a cut and dry subject. Some plant fanatics even go as far as to us the Best Water Softener Systems in their gardens!  What comes to mind is the litany of questions I would want to ask before coming to any sort of conclusion.

NYBG Guards Against a Six-Legged Menace

Posted in Around the Garden, Science on August 1 2012, by Matt Newman 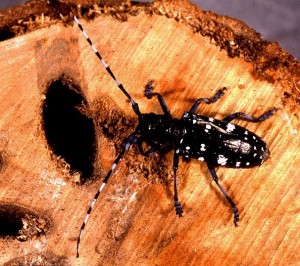 Asian longhorned beetles (ALB) are many things, but picky eaters isn’t one of them. It’s part of the reason they’re now such persistent pests throughout the northern United States. Worse, they’re approaching something of an outright pestilence. These non-native invaders are mincing maple populations, trashing elms, making a buffet of poplars and will happily bore into a wide menu of other tree genera! But thanks to a partnership with the Sentinel Plant Network, a USDA-funded collaboration between North American public gardens and other concerned groups, the NYBG is proud to serve as one of a number of “watchposts” striving to counter the menace through safe, effective means. That’s where our bug traps come in.

Native to Japan, China, and Korea, Anoplophora glabripennis first made its U.S. presence known in 1996. Soon after, it was found in Canada, France, Italy, Germany, and a slew of other countries less than welcoming of their newest guests. By the time authorities concluded that hardwood shipping crates were to blame, it was too late to shut the door: the beetles were already reproducing, boring into trees to lay their eggs. Upon hatching, the larvae then ravage the trees further, feasting on bark and inner wood. And 16 years later, the hunt continues for a fool-proof means of eradicating the ALB from American forests.