Posted in Interesting Plant Stories on August 25, 2017 by Charles Zimmerman

Charles Zimmerman is the Herbarium Collections and Outreach Administrator for the William and Lynda Steere Herbarium at The New York Botanical Garden.

The William and Lynda Steere Herbarium is especially proud to report the successful completion of Phase I of our largest citizen-supported initiative to date, which makes much historic data for vascular plants of northeastern North America freely available online for the first time. Following the October 2016 launch of this WeDigBio worldwide citizen science event, over 190 online participants contributed a total of 7,177 transcriptions, providing new digital records for 300 species from familiar plant families including sunflowers (Asteraceae), blueberries (Ericaceae), oaks (Fagacae) and grasses (Poaceae).

Through an ongoing partnership with Notes from Nature, virtual volunteering for Steere Herbarium projects has quickly become the most accessible platform for citizen engagement in scientific research at The New York Botanical Garden. Using any computer with access to the Internet, curious and enthusiastic volunteers can view digital images of historic preserved plant specimens in our collection. Through self-guided training (and a little practice), participants interpret and transcribe the often handwritten information on a specimen sheet about the context in which a plant was found in the wild, including the name of the scientist who collected the sample, the geographic location, and the date of collection.

For centuries, scientists have devoted lifetimes of effort to investigating the organisms with which humans share planet Earth. Botanists were some of the earliest to systematically preserve both physical specimens and detailed records of the species they encountered, using techniques devised long before our country was founded. The steady accumulation of historic vouchers in “biological libraries”–such as the Steere Herbarium–now provides humanity a unique lens through which to observe global biodiversity patterns across space and time. With the recent advent of large-scale digitization initiatives and online, citizen-based crowdsourcing expeditions, NYBG’s prodigious natural history collections are quickly becoming more useful and accessible than ever before.

Compared with existing data in the NYBG Virtual Herbarium, contributions from this most recent volunteer initiative significantly expanded geographic coverage to new states (349 specimens, representing 70 percent of the 300 species in this phase of the project) and counties (943 specimens, representing 95 percent of those species). NYBG’s temporal coverage of species was also bolstered, adding transcriptions of 1,118 specimens that were collected in years not previously represented for those species in the Garden’s virtual herbarium. 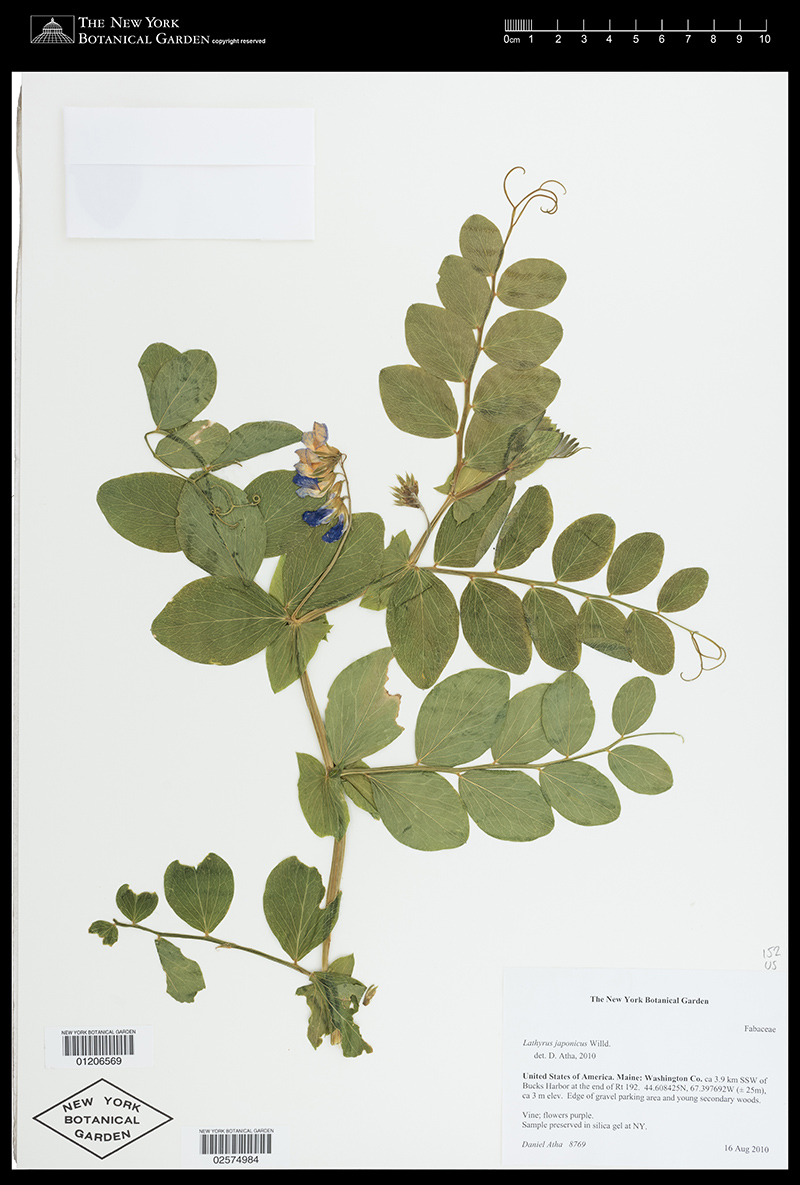 It’s difficult to overstate the tremendous benefits digitized specimens present for modern-day researchers. “These digitized collections point out things we did not know,” Robert Naczi, Ph.D., the Botanical Garden’s Arthur J. Cronquist Curator of North American Botany, said at a web-casted seminar for WeDigBio 2016. “Their access is easy and convenient…and the result extends my impact for conservation.”

Time limitations and resource constraints are frequent obstacles for scientists focused on environmental research. In addition to saving time, digitized specimens have opened totally new doors for discovery. During the same WeDigBio seminar, another NYBG scientist, Assistant Curator James Lendemer, Ph.D., told the story of the “Old-man’s-beard” lichen Usnea angulata. “I was unaware that there were extant populations in Minnesota until there was a specimen that I saw digitized online,” he said. “It’s very important because it shows that there’s probably a stable and viable population that exists far from all the others. We didn’t know that it was still there, and we thought it was extinct.”

Of the estimated 7.8 million plant and fungal specimens held in the Steere Herbarium, complete digital records exist for only approximately 28 percent. Those records that do exist have already accelerated research across the globe, but we need more dedicated citizen scientists to get involved. Why not try it yourself?