125 Years of Science and Conservation at NYBG

Stevenson Swanson is the Science Media Manager for The New York Botanical Garden. 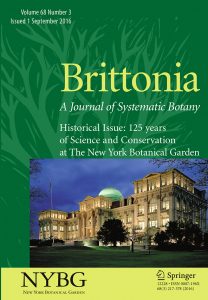 By their nature, scientists tend to be forward-looking sorts. As they explore their field of research, one question leads to another question, which, inevitably, leads to yet another question. But a recent issue of Brittonia, a quarterly journal of botanical research published by NYBG Press, casts a backward glance at 125 years of science and conservation at The New York Botanical Garden.

Research has played a major role at The New York Botanical Garden since its founding—by a husband-wife team of plant scientists—in 1891. As Lawrence M. Kelly, Ph.D., the editor of this special issue, writes in an introductory essay, the Botanical Garden’s scientific programs are aimed at describing, documenting, understanding, and preserving plant diversity.

A 21st Century Guide to Nature’s Most Powerful Plants

Michael J. Balick, Ph.D., is Vice President for Botanical Science at The New York Botanical Garden and Director and Philecology Curator of the Botanical Garden’s Institute of Economic Botany. For more than 30 years, he has studied the relationship between plants and people, working with traditional cultures in tropical, subtropical, and desert environments around the world. 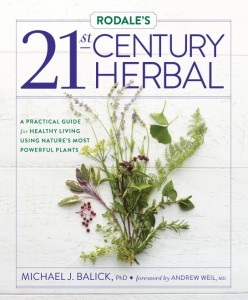 All of the scientists at The New York Botanical Garden have stories to tell about our work, our travels, and the people we meet along the way. I’ve had the opportunity to tell some of my stories and provide lessons about the importance of nature and botanical research in a new book, Rodale’s 21st Century Herbal: A Practical Guide for Healthy Living Using Nature’s Most Powerful Plants.

Rodale’s 21st Century Herbal, from the publisher of Organic Gardening and many other health and wellness magazines, is written from the perspective of ethnobotany, the study of the relationship between plants and people.

My goal was to tell the story of how plants have been used as medicines, foods, spices, dyes, cosmetics, and other things from our earliest days as a species to the present day, with the current explosion of interest in gardening, herbal medicine, and different dietary patterns.