Posted in Personalities in Science on July 31, 2018 by Stevenson Swanson 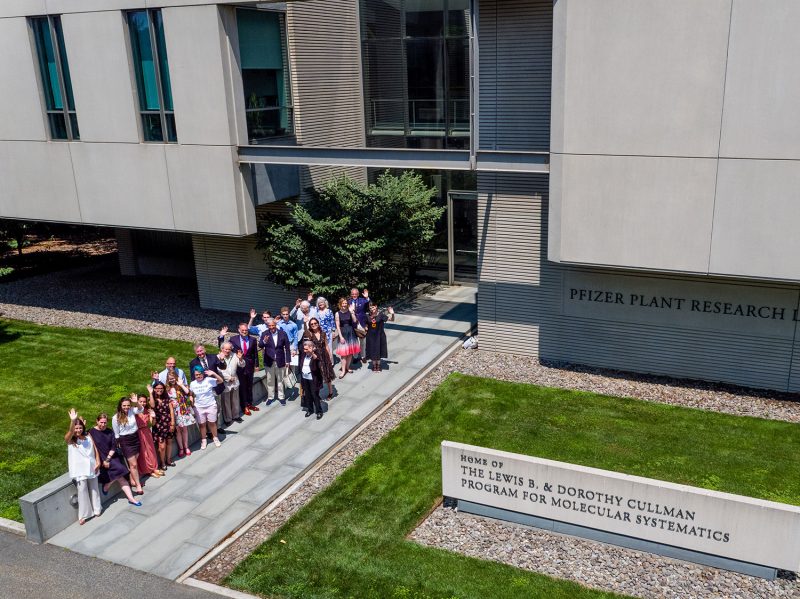 One of the highlights of summer at The New York Botanical Garden is the annual Cullman Intern Lunch, celebrating the diligent efforts and bright potential of the high school, college, and graduate students who work with Botanical Garden scientists studying the DNA and genomes of plants to understand their evolution and development.

Braving the Andes to Discover and Save Earth’s Plants

Posted in From the Field on April 20, 2018 by Stevenson Swanson

In time for Earth Day, a new video shows in vivid detail the daunting conditions that plant scientists at The New York Botanical Garden endure in their effort to understand and conserve the amazing diversity of Earth’s plant life.

Posted in Personalities in Science on February 16, 2018 by Stevenson Swanson

Honoring a career spanning more than four decades of botanical fieldwork and research around the globe, Michael J. Balick, Ph.D., Vice President for Botanical Science and Director and Philecology Curator of the Institute of Economic Botany at The New York Botanical Garden, has been awarded the 2018 David Fairchild Medal.

The Fairchild Medal, given by the National Tropical Botanical Garden, is the highest honor that can be bestowed upon a scientist who explores remote parts of the world to discover important plants and expand our scientific knowledge and practical understanding of them. It was presented to Dr. Balick recently at a black-tie dinner at The Kampong in Coconut Grove, Florida, the historic garden and former residence of David Fairchild, for whom the award is named.

David Fairchild was one of the greatest botanical explorers of the late 19th and early 20th centuries. He introduced thousands of important plant species and varieties to America, including soybeans, mangoes, dates, pistachios, nectarines, and avocados.

The National Tropical Botanical Garden, a Hawai‘i-based conservation, research, and educational institution, has given the award annually since 1999.

Tell Me Something I Don’t Know—about Lichens

Posted in Interesting Plant Stories on December 7, 2017 by Stevenson Swanson

Readers with an interest in economics and listeners to public radio know Stephen J. Dubner as one half of the writing team behind the best-selling 2005 economics-for-everyman book Freakonomics and as the host of the program Freakonomics Radio.

A triple threat, Dubner is also the host of a game show podcast, Tell Me Something I Don’t Know, in which a handful of guests with a particular expertise talk to Dubner and his co-hosts about their subject and then the audience votes for its favorite expert. The prize: the satisfaction of winning and a nice commemorative certificate.

In a recent episode, “Farming without Sun or Soil and Manna from Heaven,” NYBG Assistant Curator James Lendemer, Ph.D., talked about his passion—lichens, combinations of a fungus and an alga that play important roles in ecosystems by filtering water and air and by providing habitat and food for wildlife.

As Dr. Lendemer explains, lichens are so sensitive that they are considered an indicator of air quality, but they are also tough enough to survive in outer space.

To listen to the full episode—and it’s worth listening to the end—head here.

Posted in Interesting Plant Stories on September 22, 2017 by Stevenson Swanson

Representing a major advance in understanding and conserving the plant life of one of the world’s greatest biodiversity hotspots, an international team of scientists—including four researchers from The New York Botanical Garden—has created the first scientifically vetted list of known plant species in the Amazon Basin.

Based on documented plant specimens held in research collections worldwide and verified by specialists in tropical plants, the team cataloged 14,003 species of seed plants in the Amazon Basin, including 6,727 species of trees. Their research paper, which has just been published in the Proceedings of the National Academy of Sciences (PNAS), is available here.

Until now, the number of plant species that live in the Amazon Basin has been hotly debated, with estimates ranging from the tens to the hundreds of thousands. But those numbers have been based on ecological models or unverified species lists. This study assembles comprehensive species information based on plant specimens identified by specialists.

Posted in Learning Experiences on September 5, 2017 by Stevenson Swanson

Even in this teeming metropolis, nature is all around us. You just have to look for it. But it helps to know what you’re looking for and what you’re seeing when you’ve found it.

Called “life-changing” by students who took the course this spring, the fall Urban Naturalist Program will equip you with the observation, interpretation and documentation skills necessary to become a citizen scientist and an effective environmental steward. Led by Mike Feller, our team of expert naturalists, including Ken Chaya and Nancy Slowik, will use the Botanical Garden’s grounds and select New York City parks as living labs to investigate the interrelationships between species and discover how our urban environment sustains those ecosystems.