Posted in Adult Education on August 1 2018, by Charles Yurgalevitch 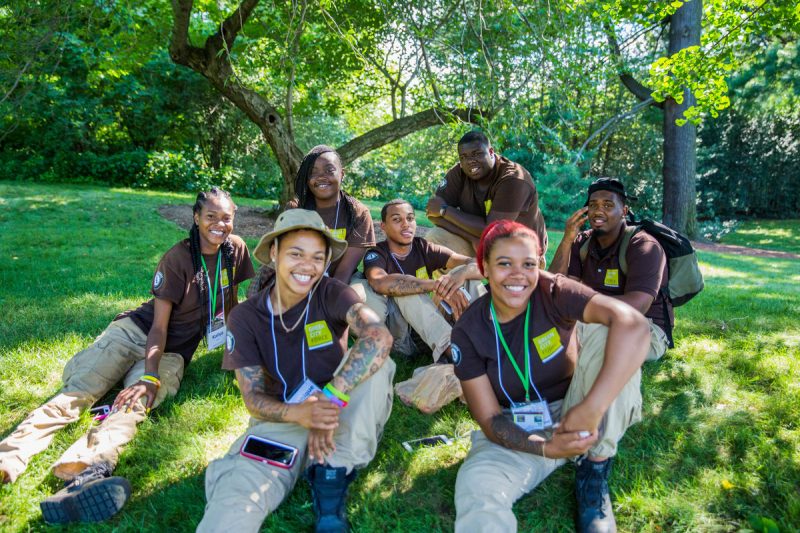 As the visiting interns arrived in the morning to pick up their lanyards in the Ross Gallery, they were able to speak with staff from the Central Park Conservancy (one of this year’s sponsors) and the New York City EcoFlora project, both of whom had tables in the Ross Gallery. Many visiting interns spoke with Shanna Blanchard, Stewardship Education and Public Engagement Manager for Central Park Conservancy, who spoke with many interns about opportunities at the CPC.

Brian M. Boom, Ph.D., Vice President for Conservation Strategy at NYBG, was present to promote the NYC EcoFlora project and to sign up more volunteers as citizen scientists. Brian met with around 50 people who stopped by to learn about the project. He invited all of them to the First Annual New York City EcoFlora Conference on August 3. 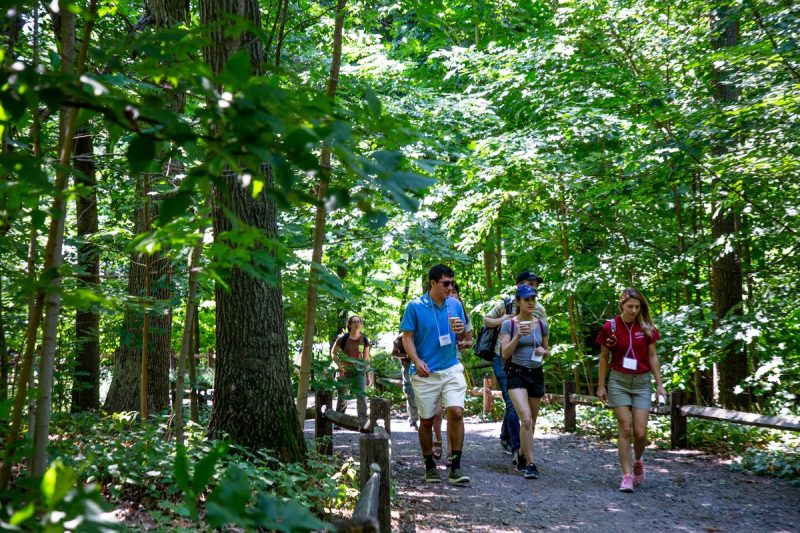 The program in the Ross Hall started with Barbara Corcoran, Vice President for Continuing and Public Education, welcoming the nearly 300 interns gathered in the Ross Lecture Hall, followed by Todd Forrest, Vice President for Horticulture and Living Collections, who spoke about opportunities in the green industry. He then introduced Charles Yurgalevitch, who began the program by introducing the first section entitled “My Story,” during which five successful and respected leaders in the green industry around New York City briefly told the interns how they became interested in plants and the various things they tried—sometimes not always successful—to get where they are today. The speakers included Jack Algiere, farm director at The Stone Barns Center for Food and Agriculture; Tatiana Morin, co-founder and director of the NYC Urban Soils Institute; Shephali Patel, farmer, educator, and writer; Christopher Roddick, Arborist and foreman of Grounds at the Brooklyn Botanic Garden; and lastly, Jessica A. Schuler, Director of the Thain Family Forest at NYBG.

This year’s keynote speaker was Ahmed Hassan, best known as the host and co-creator of Yard Crashers, Blog Cabin, and Turf War on DIY and HGTV network. He captivated the interns with a charismatic tale of his journey from a troubled teen to a successful entrepreneur and TV celebrity.  He challenged the interns to find, determine, and develop their superpowers.

Following his talk, people proceeded to the first stop of the sites to visit, the Native Plant Garden, a 3.5-acre garden designed by Sheila Brady of the landscape architecture firm Oehme van Sweden, where two of the five plants were to be identified as part of this year’s Mystery Plant ID contest.

Adam Choper, Outdoor Gardens Manager, was at the Native Plant Garden, and said he and other staff spoke with 30–40 individuals. “I was very impressed by the questions and interest from our visitors,” he said. “There were questions about the size of our staff, ‘where are the weeds?’, about the design of the Native Plant Garden, as well as about specific issues in their own gardens.” 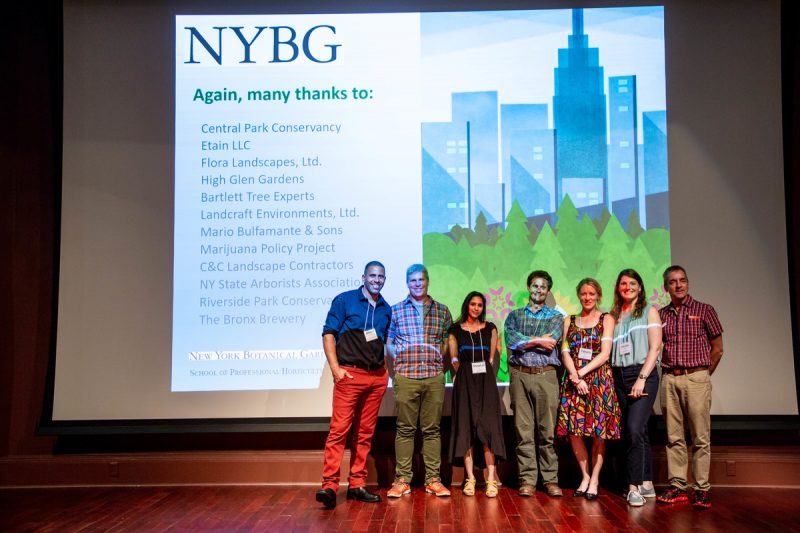 From there, interns and guests moved on to the walk through the Thain Family Forest. Rick Jones, Biologist and Citizen Scientist, reported that a few interns exclaimed when seeing one of the mystery plants, “Jewelweed, oh, this is too easy.” And, “Where’s the poison ivy and stinging nettle? The books say they grow together with jewelweed.” (So much for the books!)

The next site to see was the Green Materials Recycling Center, which opened last year. Jodie Colon, NYC Compost Project Manager, gave tours to over 90 people, enjoying meeting the participants and learning about their organizations.

At the Edible Academy, opened just a month prior, about 75–100 interns visited the campus prior to the BBQ. They met some of the educators and learned about programs the new facility will be offering to school children, families, and even adults!

The day’s events concluded with a picnic at the Clay Family Picnic Pavilions, with hamburgers, sandwiches, salads, and cold drinks. Lots of prizes were awarded for the Plant ID contest, the Botanical Word Puzzle, and the best Hortie Joke. Overall, a good time was had by all!

At the end of the day, 250 people attended this year’s Hortie Hoopla, of which 211 were interns. Nearly 125 attended the BBQ.