Posted in Exhibitions, The Edible Garden on September 17 2010, by Plant Talk

And on Tuesday, Mingle with Martha at a Champagne Cocktail Party 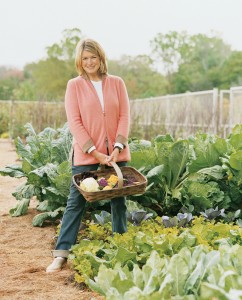 The Garden’s newly renovated Lillian and Amy Goldman Stone Mill will be open to the public again this Saturday and Sunday for a second and final weekend. Visitors can view the landmark building and tour the Stone Mill precinct, which is one of the largest, most varied historic landscapes in New York City and the Lower Hudson Valley.

In addition, this weekend visitors also can delight in cooking demos and fall activities for families as part of The Edible Garden as well as enjoy A Season in Poetry and more (details below)! You’ll also want to save the date Tuesday, September 21, from 5:30 to 8 p.m. to mingle with Martha Stewart at a Champagne Cocktail Party in the Garden.

Posted in Programs and Events on September 8 2010, by Plant Talk

The landscape around the Mill was also restored, including an intricate design that treats stormwater runoff into the Bronx River and utilizes native species in the extensive plantings. The Stone Mill precinct is one of the largest, most varied historic landscapes in New York City and the Lower Hudson Valley. Comprising 100 acres, it includes three mid-19th-century buildings; a camel-back bridge; eight gardens and collections, several from the first half of the 20th century; the ancient Native Forest; and the Bronx River and gorge, all set within the Garden’s 250-acre National Historic Landmark site.