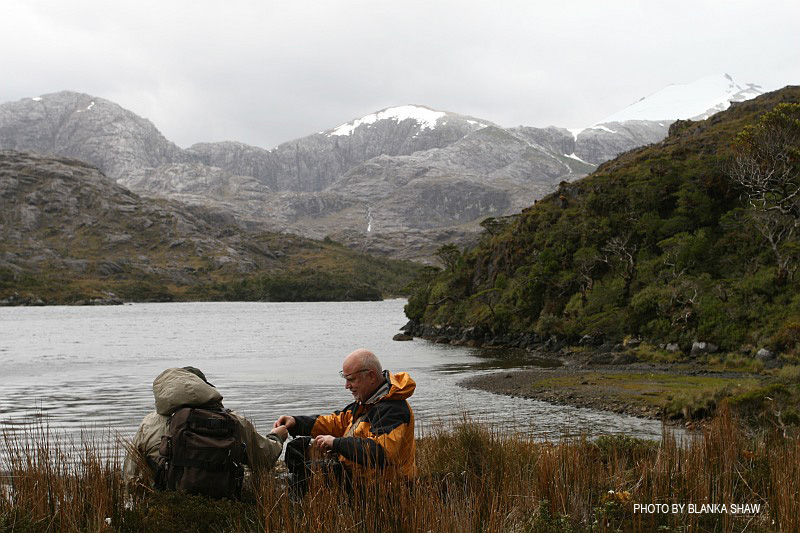 Last night, after I had finished my work for the day, I was enjoying the night out on the deck (i.e., a lull in the rain) and watching Blanka, Jim and Juan down in the hold putting their collections on the dryer. They have each been consistently  excited about going out into the field everyday, no matter what the weather. Back on the ship they happily go through their collections. Watching their interest and energy makes me feel good that I am able to provide them with this opportunity. It also gives me something to look forward to, for those future expeditions when, in upcoming years, new teams of bryologists will accompany me to this spectacular region. Although it is something that never occurred to me before, this truly is one of the highlights of this project, being able to see the excitement on the faces of bryologists who have never seen such a mossy paradise before, and knowing that I could give them this gift (thanks to the National Science Foundation).

Today was no exception. The captain chose to move the ship this morning to our next site rather than the night before. We are now in the southwest arm of Seno Chasco, exactly at the isthmus that marks the beginning of the Brecknock Peninsula. As usual, the scenery is breathtaking. Directly across the sound from where we are anchored, a series of peaks rise precipitously into the sky, with glaciers perched on their upper slopes. As we approached the place where it was safe to anchor the ship, Blanka noticed what must have once been a glacial valley, but is now a relatively flat valley scattered with huge boulders and numerous glacier-fed streams running through it. 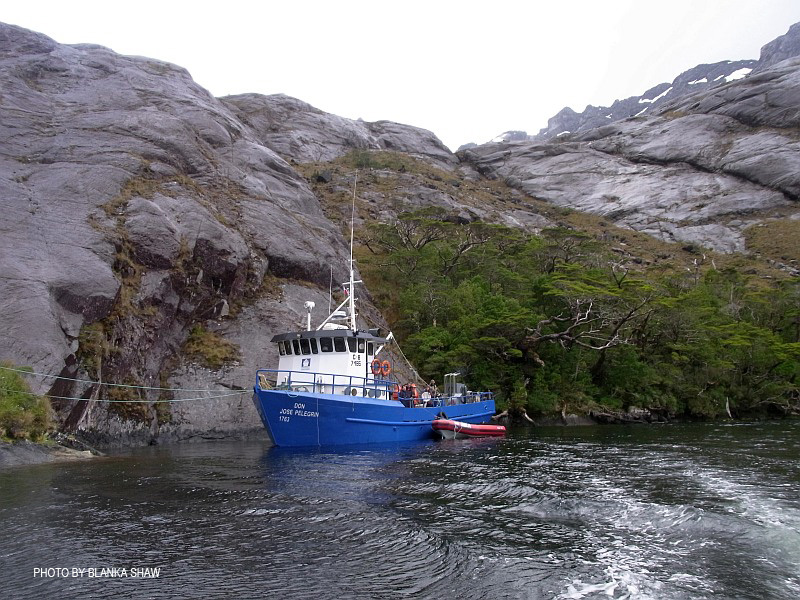 Although somewhat windy and a little colder than previous days, the rain seemed to hold off. Our initial goal was to reach a forest at the base of the peaks, but collecting along the way provided a sufficient distraction to prevent us from making it there. However, as I have told everyone, the journey is more important than the destination. From time to time the sun would break through momentarily, occasionally illuminating the surrounding glaciers to a brilliant white. As we worked up the valley, the huge boulders provided sheltered habitats for bryophytes in crevices beneath them, and stream channels were choked with liverworts. However, on several occasions, our work was interrupted by sleet. As the ice pelted us, we just turned our collars up against the elements and kept working, yet another amusing aspect of the local weather!

When we finally returned to the ship in the afternoon, we were told that we should not plan on going back into the field because the captain wanted to start heading to our next destination, Seno Agostini–which is 12 hours away–by 7 p.m. We’ll be navigating through the night. What this also means is only two more nights until a shower and functioning toilets!