NYBG in the News

Seedless Grapes, With Roots at NYBG

Posted in From the Library, History, NYBG in the News on September 2 2016, by Lansing Moore

Recently, The Wall Street Journal examined an obscure and surprising piece of New York’s botanical history that began right here at NYBG nearly 80 years ago—the Bronx Seedless table grape, a species of the common fruit hybridized in the 1930s by one of NYBG’s most prolific scientists, Dr. Arlow B. Stout. Sophia Hollander interviewed Stephen Sinon, the LuEsther T. Mertz Library’s Head of Special Collections, Research, and Archives, to learn more about this obscure grape species and the enormous impact it had before fading into obscurity—and near extinction.

In addition to his groundbreaking research into avocado plants and hybridizing many new daylily species that continue to delight visitors to the Garden each summer, Dr. Stout partnered with Cornell University’s New York State Agricultural Experiment Station to make a better grape. Seedless, tasty, and hardy, the end result of “more than 20 years tinkering with grape genetics” was the Bronx grape, named for its home borough. Cultivation of this species faded over time. While not successful as a commercial crop, all seedless grapes that we enjoy today are descended from this Bronx native, the result of NYBG’s commitment to plant science and conservation that continues to be one of our core values.

Now, from the brink of disappearing altogether, this species is being rediscovered as a source of local pride and historic interest. Click here to read the Wall Street Journal article (subscription required) and learn about Dr. Stout’s remarkable life. NYBG has always endeavored to teach people about where their food comes from—sometimes the answer is closer than you think! 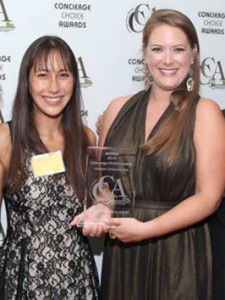 Now in their eighth year, the Concierge Choice Awards are an opportunity for New York City’s sharpest guides to spotlight the institutions and individuals that make the Big Apple experience what it is. NYBG was recognized as the Best Tourist Attraction in the five boroughs by the New York City Association of Hotel Concierges back in 2013, and this year we were asked back to the stage for an encore performance!

There’s no dearth of options for keeping yourself busy in New York. Whether you live here or you’re in town for an adventure, you’ve got Broadway shows, Museum Mile, countless first-class restaurants, and sprawling green spaces—all vying for your attention. To be counted among the top institutions in this city by the people who know them best is a momentous honor for NYBG, and we’re all so thankful to have been considered.

The next time you’re in the city, or even if you’re a resident and you feel like taking a hotel staycation, make time to stop by the concierge’s desk to get some input on the day’s plans—because nobody knows this metropolis better.

Posted in NYBG in the News on October 2 2013, by Matt Newman 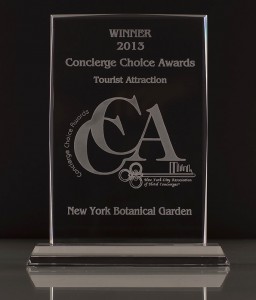 The New York City experience is everything, and few understand this better than your concierge. Fonts of knowledge for all things entertainment, food, and urban exploration, this hotel staple’s talent for digging up sightseeing spots, dinner reservations, and tickets to the best Broadway shows are without equal. Each year since 2007, the New York City Association of Hotel Concierges has held an award show to drum up applause for their favorite local picks—the spots around NYC at the top of the heap among services, experiences, and destinations.

And this year, we took gold!

The 2013 Concierge Choice Awards dinner was held in the city Monday night with fanfare and recognition for New York’s finest organizations in service to locals and visitors alike. And among such respected company, the New York Botanical Garden was nominated (our first time!) in the Tourist Attraction category as one of the best destinations in town. Concierges from the city’s top hotels joined in to select the best of the best—and we were lucky and honored to win in our category! The competition was stiff, too, making us that much more grateful for such recognition.

Being recommended as an institution by a New York City concierge is an honor in itself, but they have so much more to offer that many visitors miss out on. Rather than winging it the next time you’re in town, if you’re staying in a hotel, take the time to chat up your local concierge and see what he or she thinks would make the perfect day! They’re experts, of course. 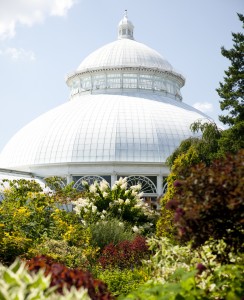 Go out into your back yard (assuming you have one) and pretend you have to not only identify, but describe, designate, and catalog every plant that’s growing there. Now multiply that challenge by the entire surface of the Earth, and you’re standing in a botanist’s shoes. Of course, it’s not going to be as easy as all that; as a plant scientist, you’re also racing against a clock that stubbornly speeds up with each passing year. Climate change, human development, and myriad other influences are wiping out species before you’re even aware they’re under threat–and there are hundreds of thousands of species to account for. Worse, the system you use to designate these plants as endangered isn’t exactly marching to the beat of your own drum.

This is where The New York Botanical Garden‘s experts step in, with a new system that could turn a challenging outlook for botanical conservationists into a bright future. 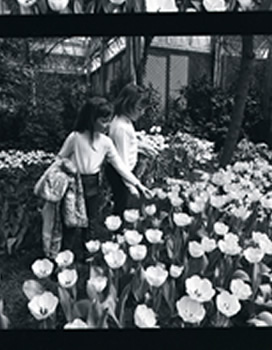 Sunday night, The New York Botanical Garden got a brief mention on AMC‘s hit TV show ‘Mad Men.’ The episode–full of more twists and turns than the Floral Flyer‘s route–was set in 1966. This got us to thinking: What was the Garden like in 1966? We did a little research and learned that in 1966 (on April 19, three-days from today!), the Stone Mill–then known as the Lorillard Snuff Mill–was designated a New York City landmark. But we couldn’t find more, so we turned to the archivists of the Garden’s LuEsther T. Mertz Library, who, in surprisingly short time, uncovered a treasure trove of images that look as if they had been stills pulled from un-aired scenes of this dark and addicting drama.

NYBG Science in the News: Plain English and the Tree of Life

Posted in NYBG in the News, Science on January 30 2012, by Ann Rafalko

The turn of the year from 2011 to 2012 was an exciting time for the scientists who work, teach, and research at The New York Botanical Garden.

In December, scientists at the Botanical Garden, the American Museum of Natural History (AMNH), New York University, and Cold Spring Harbor Laboratory announced that they had created the largest genome-based tree of life for seed plants to date. In January, James S. Miller, Ph.D., Dean and Vice President for Science at the Garden, explained important changes in the requirements for the naming of newly discovered plants beginning in 2012. Earlier in 2011, Dr. Miller had been the lead author on an article in the online journal PhytoKeys summarizing the changes. To say that these scientific advancements are huge is a gross understatement, but how to understand them?

Let’s use plain English, which is exactly what the new plant-naming requirements do. As outlined in an op-ed published in the New York Times on January 22, Dr. Miller, who took part in the International Botanical Congress in Melbourne, Australia, where the changes were approved, explains that plants will still be named in Latin, but that they will no longer have to be described in Latin. This laborious process–which has been on the botanical books since 1908–is only the first hurdle each botanist must clear before he may name a new plant species. The next step, the publishing of this description in a printed, paper-based journal, has also been done away with by the International Code of Botanical Nomenclature in an effort to speed the naming of plants. Why the hurry? As Dr. Miller says, “as many as one-third of all plant species (may be) at risk of extinction in the next 50 years.” One way to save a plant is to name a plant. From there, scientists–freed from the strictures of Latin–may further investigate the plant and all of its potentialities.

The 11th Northeast Natural History Conference was held April 6 – 9 in New York’s capital city, Albany.  The meeting attracted more than 500 enthusiasts, who came from as far as Maine and Michigan. Professionals and students delivered 190 oral presentations and exhibited 115 posters on subjects ranging from a survey of reptiles and amphibians in the Albany Pine Bush to an analysis of how deer compound the problem of invasive plant species.

The NENHC Conference is an important regional forum allowing researchers, naturalists, and students to get together to share current research and information. As a leader in this realm, The New York Botanical Garden, of course, made a strong showing. We, Jessica Schuler and Dr. Robert Naczi, moderated the session “Natural History of The New York Botanical Garden: Interpreting an Old-growth Forest.” The session was a multi-institutional, collaborative affair, much in  keeping with the project we coordinate called the NYBG Natural History Project. This session included the following presentations:

– “Four Hundred Years of Forest Stewardship at The New York Botanical Garden, or Why Was this Not Made Firewood?” a lively history of the Forest was presented by Wayne Cahilly, the Manager of the Lionel Goldfrank III Institutional Mapping Department of NYBG and resident tree climbing expert.

– Erik Zeidler, a recent graduate of Bronx High School of Science and current student at University of Kansas, gave a talk revealing some surprising facts about the snapping turtle in, “Herps in the Big Apple?: A Comprehensive Study of Common Snapping Turtle Populations Amidst the Hustle and Bustle of Bronx, N.Y.”

In the Botany Session, James Furlaud, an intern in the Institute of Systematic Botany, delivered an oral presentation, “Taxonomic Status of Stout Smartweed, Persicaria robustior (Polygonaceae).” Jamey based his presentation on the morphometric analysis he conducted of smartweed specimens from the Garden’s Steere Hebarium and Harvard University’s Gray Herbarium.

At the annual meeting of the New York Flora Association held at the Conference, Rob Naczi delivered a presentation on his ongoing efforts to revise Gleason & Cronquist’s influential book, New Manual of Vascular Plants of Northeastern United States and Adjacent Canada.

The Show Has Opened and the Reviews Are In!

Posted in Exhibitions, NYBG in the News, The Orchid Show on March 11 2011, by Plant Talk 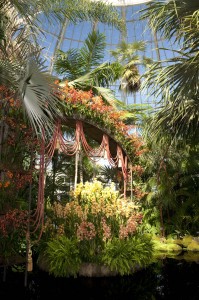 The definitive magazine for U.S. theatergoers, Playbill, created a slide show to display our botanical divas.

Meanwhile, Broadway World spread the exciting news about Hirschfeld’s Broadway Scrapbook, which tells the story of the Great White Way as seen by its foremost chronicler, Al Hirschfeld.

But don’t just take their word for it! Come see one of New York’s most spectacular flower shows for yourself. What’s more New York than Broadway?

We’re sorry it’s not the best picture, but we’re just so excited to share this image of first lady Michelle Obama speaking at the presentation ceremony of the 2010 National Medal for Museum and Library Service. Representatives from The New York Botanical Garden were in attendance to accept the award. 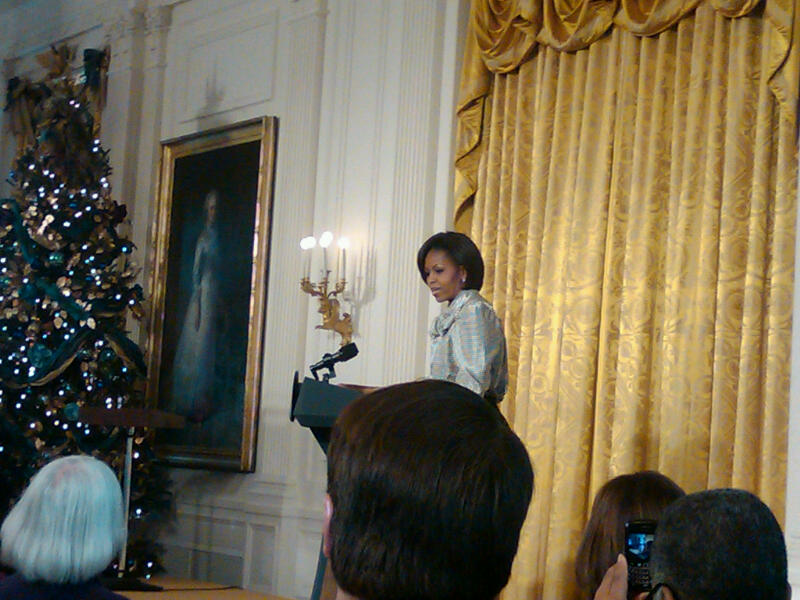 We’ll post better pictures once we get them. And here’s a link to the Mrs. Obama’s remarks.

The Garden Goes to Washington On Friday, New York Botanical Garden President Gregory Long; Carrie Laney, the Garden’s Vice President for Government and Community Relations; and Karen Washington, a community activist who, in partnership with the Botanical Garden’s Bronx Green-Up program turned empty lots into beautiful gardens, will accept the 2010 National Medal for Museum and Library Service from none other than First Lady Michelle Obama!

More on the Garden's trip below the jump.