Posted in History on November 28 2018, by Stevenson Swanson

Of the more than 175 New York landmarks in this year’s Holiday Train Show®, it’s particularly appropriate that Rockefeller Center’s soaring Art Deco skyscraper and other well-known features are included in NYBG’s annual display of building replicas made of bark, leaves, and natural materials. More than 200 years ago, a botanist-physician named David Hosack established one of America’s first public botanical gardens on Rockefeller Center’s site, cultivating rare and important plants on land that is now home to America’s most famous cluster of skyscrapers, shops, galleries, and, during the holidays, a towering, glittering Christmas tree overlooking the bustling plaza.

Dr. Hosack’s life and the story of his pioneering botanical garden are the subject of American Eden: David Hosack, Botany, and Medicine in the Garden of the Early Republic, by Victoria Johnson, which was a non-fiction finalist for this year’s National Book Award and was recently named one of 2018’s 100 most notable books by The New York Times Book Review.

Born in colonial New York City in 1769, Hosack came of age as the young United States began to establish itself. “It fell to Hosack’s generation to build the civic institutions that would guarantee the future health and prosperity of the Republic,” writes Johnson, a Hunter College professor who conducted much of the research for her book at NYBG’s LuEsther T. Mertz Library and William and Lynda Steere Herbarium, both of which have important collections of original Hosack material, including some of his preserved plant specimens.

Poetry on the River: Joseph Rodman Drake, the Bard of the Bronx

Posted in History on April 5 2018, by Kristine Paulus 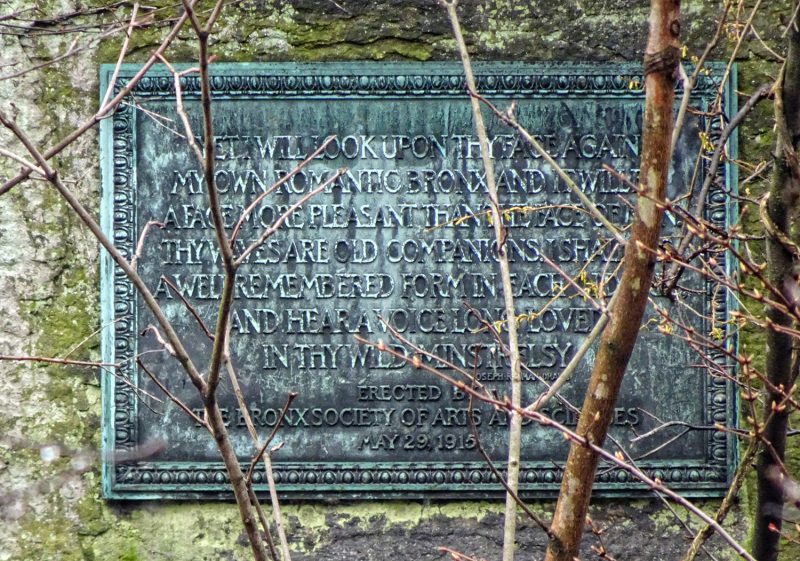 April is National Poetry Month and each year the Garden joins the Academy of American Poets and the Poetry Society of America in celebrating this occasion by hosting a number of events. Visitors can partake in various festivities such as readings and poetry walks punctuated with signs broadcasting plant-inspired poems.

Exceptionally observant visitors might even spy a hidden poetic gem off the Garden’s beaten path (or, as Robert Frost might have put, the road less traveled by). In April and every other month of the year, there awaits a curious plaque along the banks of the Bronx River. Just south of the Stone Mill Bridge, on the east side, a bronze tablet is affixed to a large rock.  Those with excellent vision (or a pair of binoculars) might notice that the tablet is inscribed with a poem. 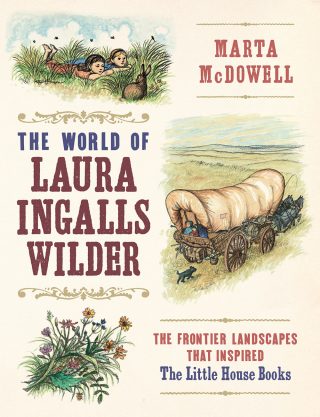 What’s in a Name? Paphs, Cyps, and Phrags

Posted in History on March 9 2017, by Katherine Wagner-Reiss

Katherine Wagner-Reiss has a Certificate in Botany from The New York Botanical Garden and has been a tour guide at NYBG for the past two years. 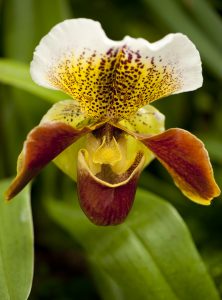 The Orchid Show: Thailand features a genus of lady’s slipper orchids native to Eastern Asia known as Paphiopedilum. The Latin name has a beautiful background story relating to the birth of Aphrodite, goddess of love, beauty, and fertility.

According to ancient Greek myth, Aphrodite was born out of the sea, and landed at the site of Paphos on the island of Cyprus. A great temple was built in her honor at Paphos (and ruins remain there today). This orchid’s shape and beauty would have made it a suitable slipper for the goddess of love; hence it was named Paphiopedilum (Paphio- for the city of Paphos, –pedilum from the Ancient Greek word pedilon, meaning slipper).

Cypripedium is a genus of lady’s slipper orchid native to most of the Northern Hemisphere, and it also happens to have a name inspired by the popular Aphrodite (Cypri– because Aphrodite was the Lady of Cyprus). Another common genus of lady’s slipper orchid, native to Mexico and South America, has a much more scientifically derived Latin name: Phragmipedium (Phragma is Greek for “division,” i.e. the ovary is divided into three). 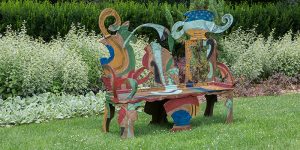 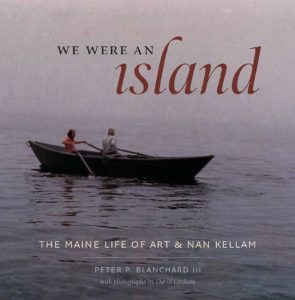 At Stillman’s Wethersfield Garden, the Legacy of an NYBG Trustee 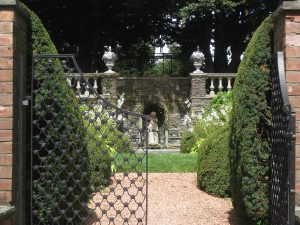 Considered one of the best examples of a classic Italian Renaissance garden in America, Wethersfield Garden was originally just 1,200 acres of sloping hills, woods, and pastureland in Amenia, New York. The late Chauncey Devereux Stillman (1907–1989), a long-time supporter of NYBG, visited the area on a fox hunt in 1937 and promptly purchased the land.

Educated at Harvard (Class of 1929), Stillman was heir to a family fortune in banking. He became an accomplished equestrian and garden enthusiast, eventually joining the NYBG Board of Trustees in 1946 after a stint in the Navy during World War II as an air combat intelligence officer. According to NYBG Research Librarian Samantha D’Acunto, records show that he served on the board in various roles for more than two decades, until June 1967.

Although he had an advanced architecture degree from Columbia, Stillman wasn’t a practicing architect. One year after he joined the NYBG board, he went to work as a civilian for the federal government’s newly created Defense Department under Secretary James Forrestal and soon was moved to work at the Central Intelligence Agency, where he stayed until 1951—doing exactly what, we don’t know.

Seedless Grapes, With Roots at NYBG

Posted in From the Library, History, NYBG in the News on September 2 2016, by Lansing Moore

Recently, The Wall Street Journal examined an obscure and surprising piece of New York’s botanical history that began right here at NYBG nearly 80 years ago—the Bronx Seedless table grape, a species of the common fruit hybridized in the 1930s by one of NYBG’s most prolific scientists, Dr. Arlow B. Stout. Sophia Hollander interviewed Stephen Sinon, the LuEsther T. Mertz Library’s Head of Special Collections, Research, and Archives, to learn more about this obscure grape species and the enormous impact it had before fading into obscurity—and near extinction.

In addition to his groundbreaking research into avocado plants and hybridizing many new daylily species that continue to delight visitors to the Garden each summer, Dr. Stout partnered with Cornell University’s New York State Agricultural Experiment Station to make a better grape. Seedless, tasty, and hardy, the end result of “more than 20 years tinkering with grape genetics” was the Bronx grape, named for its home borough. Cultivation of this species faded over time. While not successful as a commercial crop, all seedless grapes that we enjoy today are descended from this Bronx native, the result of NYBG’s commitment to plant science and conservation that continues to be one of our core values.

Now, from the brink of disappearing altogether, this species is being rediscovered as a source of local pride and historic interest. Click here to read the Wall Street Journal article (subscription required) and learn about Dr. Stout’s remarkable life. NYBG has always endeavored to teach people about where their food comes from—sometimes the answer is closer than you think! 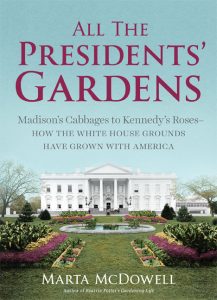 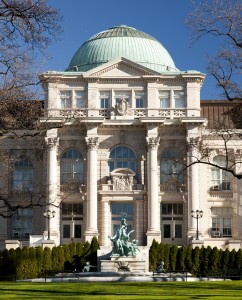 Each day this week we’re celebrating the past 125 years of The New York Botanical Garden with a different story from one of our many visitors, young and old—whether it’s an unforgettable day recently spent exploring our 250 acres or a treasured family memory that makes the Garden special. In honor of Arbor Day, today’s featured memory comes from a longtime member—and Adult Education student—who made a fond and lasting memory beneath one of our own trees.

Follow along as we share just a few of these many stories, then take a moment to head over to NYBG/125 and share your own memory for a chance to win an NYBG Lifetime Membership!

Each day this week we’re celebrating the past 125 years of The New York Botanical Garden with a different story from one of our many visitors, young and old—whether it’s an unforgettable day recently spent exploring our 250 acres or a treasured family memory that makes the Garden special. And today’s story happens to fall on our actual anniversary—April 28! On this day in 1891, 125 years ago, the Garden was officially created by New York.

Follow along as we share just a few of these many stories, then take a moment to head over to NYBG/125 and share your own memory for a chance to win an NYBG Lifetime Membership!