Posted in Wildlife on May 4 2017, by Patricia Gonzalez

Some of my favorite photographic subjects here at the Botanical Garden are its resident Great Horned Owls. Since 2009, I’ve had the pleasure of photographing and filming five of their nest sites. Sadly, 2014 was the last year that there were hatchlings here. That’s why this year’s brood was so special. But 2017 saw no ordinary owl nest. This is a tale of epic proportions!

Back in 2009, a pair of Red-tailed Hawks decided to build their nest inside the upper right pediment of the LuEsther T. Mertz Library Building. Rose and Hawkeye (the Red-tails that year, who are sadly no longer with us) had three hatchlings that year. It was a big deal for both staff and visitors. Each year since, I’ve always crossed my fingers in the hopes that one day the nest would be used again by our local Red-tails.

And it was used again alright. But by a completely new set of tenants!

Posted in Around the Garden on May 22 2013, by Patricia Gonzalez 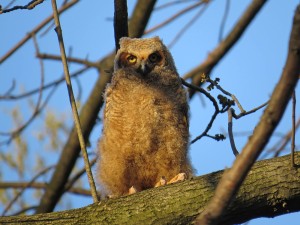 Although I have been photographing wildlife at The New York Botanical Garden since 2008, March 17th, 2012 was my last sighting of a Great-horned Owl. Since that time, during my frequent forays into the Thain Family Forest I could clearly hear them hooting, but have had zero luck in spotting them. But then this April, they made their reappearance when it became clear that one of the female owls had hatched two owlets.

Two in the Bush: Owls Spotted

Posted in Around the Garden, Photography on January 27 2012, by Matt Newman 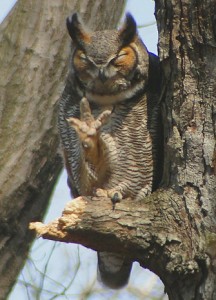 News for birding fanatics! The owls are making themselves known again at the NYBG, or so recent sightings would suggest. Friend of the Garden Pat Gonzalez informs me that a birdwatching group caught a glimpse of our Great Horned Owls mating (that’s a good sign) in the Forest near the hemlocks, meaning that we may have another small parliament of owls (I maintain that collective nouns are the most fun you can have in language arts) terrorizing our chipmunk population in the near future.

Despite often being year-round residents at the NYBG, we generally see neither hide nor feather of these airborne hunters due to their nocturnal habit–at least up until breeding season when diurnal hunting becomes more common. Having the leaves off the trees at this time of year also makes spotting these raptors more of a cinch. But when a storm toppled the birds’ favorite nesting tree, it made locating them something of a challenge. Seeing the owls going into 2012 has proven a hit-or-miss endeavor for our local birders.

Posted in Photography on December 24 2011, by Ann Rafalko

In March 2011 we introduced you to the stars of The Orchid Show: On Broadway. 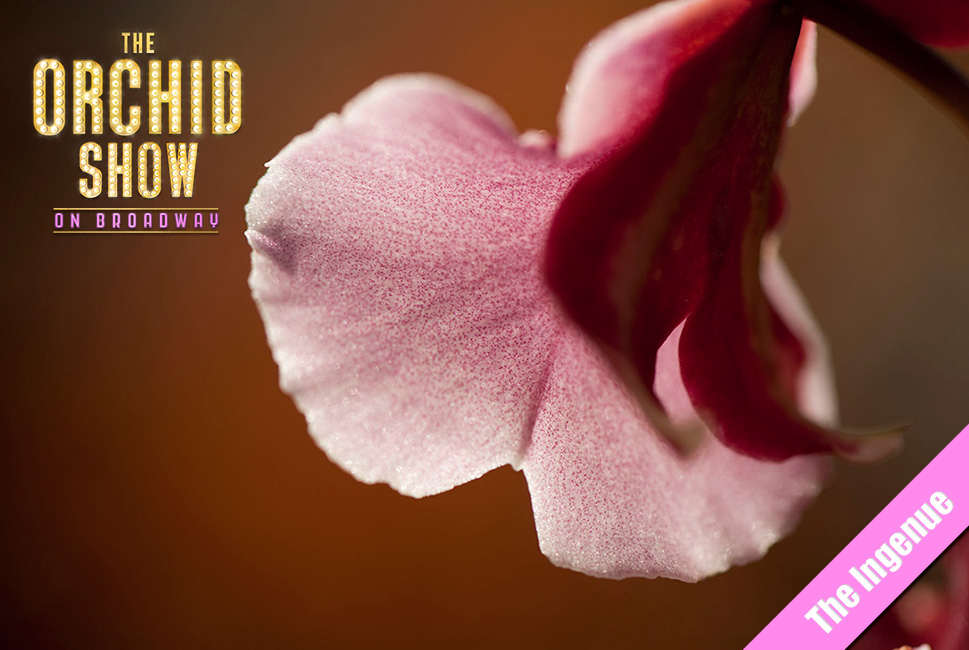 Please Give a Hoot

Hello all! So I’ve heard from several sources that you guys are all just as excited as we are about the family of Great-Horned Owls that have just successfully hatched a nest of chicks for the first time since 2009! The owls are really amazing birds, and just one aspect of what makes the Garden such a special place. 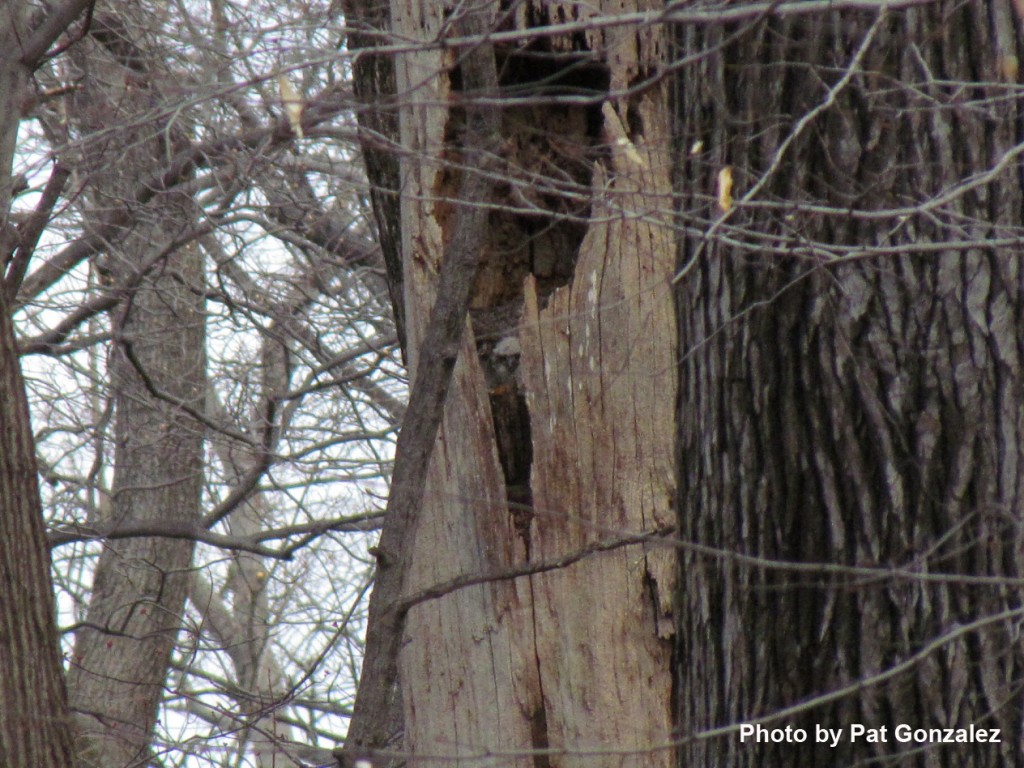 That said, just like any new family, the owls need a little peace and quiet. I received this email today from Jessica Arcate-Schuler, Manager of the Forest where the owls are nesting:

Please advise all visitors to stay on Azalea Way while viewing the Great Horned Owls nesting at the edge of the Forest. First and foremost, this is to prevent any disturbance to the owls and owlets. Secondly, to help steward the Forest by not trampling newly planted restoration plants, salamanders, and causing soil compaction. Notify visitors that the nest and male owl, when he is on his normal perch, are both visible from Azalea Way and can be seen with binoculars.

With the excitement of the owlets hatching, more and more people seem to be traveling to view our owls (I met a birder from Boston, this week!). For the health and well-being of the owls and the Forest, we appreciate your help.

So, please come to the Garden to see the owls! Please bring binoculars, wear sturdy shoes, and bring your camera. But, please give a hoot, and do not disturb the owls. We’re working on something a little special that should hopefully let people who aren’t able to come visit get in on the owl excitement, so watch this space. Happy weekend everyone!

Posted in Members, Photography, Wildlife on March 21 2011, by Plant Talk

Remember this guy standing guard over his nest? Well, it turns out, he’s a father now! For the first time since 2009, The New York Botanical Garden‘s Native Forest is home to at least two baby Great-Horned Owl chicks! First word on the nest came to us from NYBG member, Plant Talk contributor, and amateur wildlife photographer Pat Gonzalez, who says she has confirmed the existence of the chicks with New York City bird expert Dr. Robert “Birding Bob” Candido.

As Pat puts it, “Little white faces peeking out through the hole in that tree is a good thing” We couldn’t have said it better ourselves!

Morning Eye Candy: Who Are You Lookin’ At

Posted in Photography, Wildlife on March 10 2011, by Plant Talk

A pair of Great-Horned Owls make the Forest their home. Currently, the female is sitting on her nest inside of an old, dead tree. We can’t see if she has any eggs, but we can see the male, everyday, silently standing sentry over her. Isn’t he spectacular? 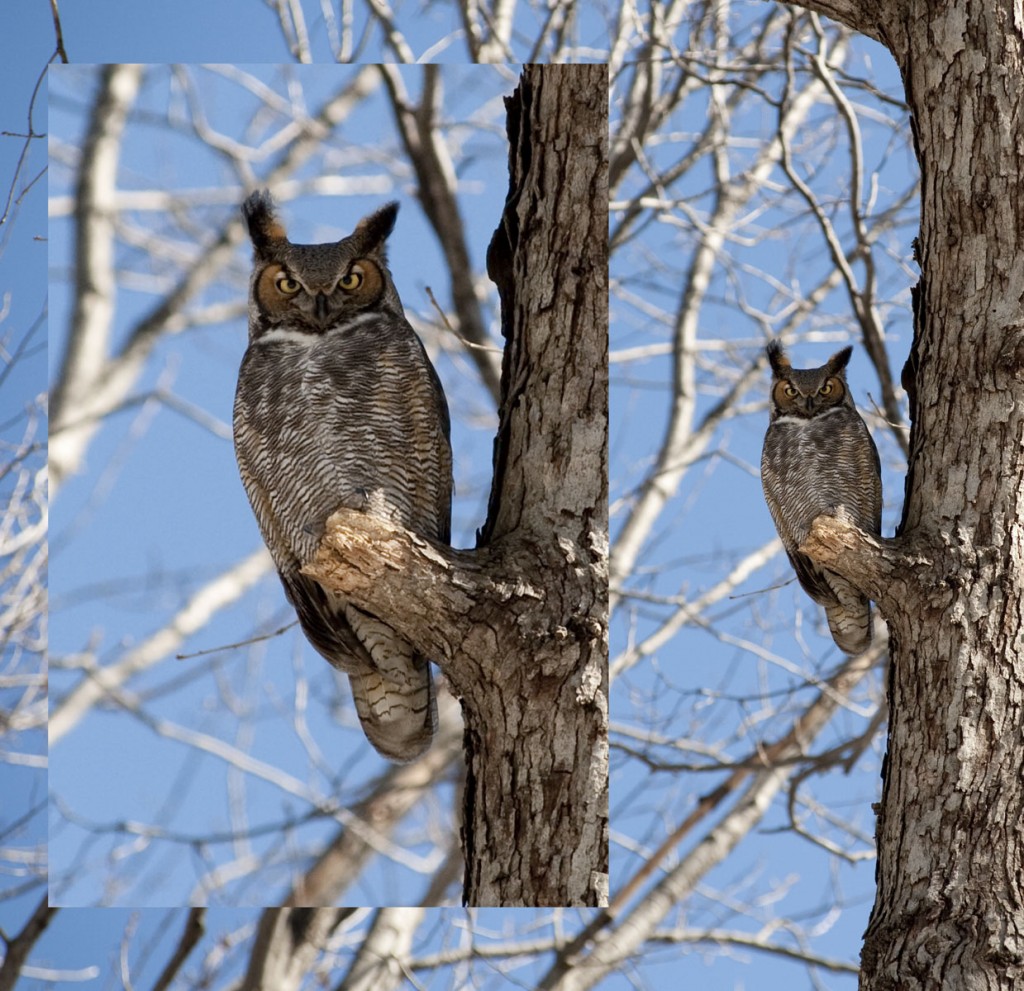 Giving A Hoot: Looking for Eastern Screech-Owls at The Garden In December I had the opportunity to survey The New York Botanical Garden for Eastern Screech-Owls. I have been chasing Eastern Screech-Owls in the Bronx and Manhattan for nearly 7 years, as part of my Ph.D. research, and getting the chance to look for them in the Garden was a treat.

The easiest way to look for owls, if you’re willing to wander through the woods at night, is to play recordings of their vocalizations. Most owls communicate primarily through calls, and if there’s an owl nearby, it will probably call back when it hears your broadcast.

There have been no reports of Screech-Owls at the Garden for many years, and we didn’t find any this time either. (Ed. note – Though we have no Eastern Screech-Owls, the Garden is home to at least one Northern Saw-Whet Owl and a family of Great Horned Owls). But determining the places where owls are not is just as important as finding where they are.

By comparing the geographic location, habitat characteristics, and other variables in places where they are found versus where they are not, we can determine what features are important for a species. My hunch is that the absence of Eastern Screech-Owls at the Botanical Garden has more to do with the Garden’s location within the larger city than with any specific habitat quality. Alternatively, there also may be larger raptors at the Garden discouraging the smaller Screech Owls from readily calling back, or from making the Garden their home at all.

I’d like to thank NYBG staff, especially Jessica Arcate Schuler, for their help and allowing me to perform some of my research at the Garden. 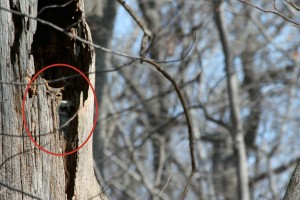