Posted in Interesting Plant Stories on October 20, 2016 by Lansing Moore

Charles Zimmerman is Herbarium Collections and Outreach Administrator for the William and Lynda Steere Herbarium at The New York Botanical Garden. 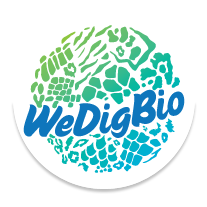 For centuries, biologists have explored and documented the natural world, collecting the billions of specimens now stored in museums, universities, and field stations worldwide. In the past few years, The New York Botanical Garden and other institutions across the globe have made tremendous strides toward unleashing the treasure trove of information stored in these collections for researchers and the general public.

Now, there is a way you can help!

Once Frozen in Ice, Now Frozen in Time: Artifacts of an Arctic Voyage

Posted in Nuggets from the Archives on September 23, 2016 by Lansing Moore

It is 1879, and for months you have been living aboard a creaking wooden steamship trapped in miles of shifting Arctic sea ice. When you venture above deck, the air is icy as you gaze across the polar landscape. Among your companions are several officers, 21 crewmen, six other European scientists of various disciplines, and a few hundred indigenous Chukchi people who live nearby.

Such was the experience of Dr. Frans Reinhold Kjellman, a botanist aboard the SS Vega during the Swedish Vega Expedition. The New York Botanical Garden’s project to digitize the algae collection in the William and Lynda Steere Herbarium has uncovered two algal specimens that Dr. Kjellman collected during this expedition, providing glimpses into a little-known but fascinating story of 19th century science and exploration.

The tale begins with Adolf Erik Nordenskiöld, a Finnish-Swedish scientist and explorer, who had led many successful Arctic expeditions by the time he proposed the Vega Expedition. This time, he planned to circumnavigate the Eurasian continent via the Arctic Ocean and the Bering Strait, or “North East Passage,” to prove that this was a viable route between Europe and the Pacific. The scientists on board the Vega were prepared to gather data about the geography, hydrography, meteorology, and natural history of the Arctic, much of which was still unexplored by Europeans at the time. Kjellman, who had accompanied Nordenskiöld on three previous voyages, was an authority on Arctic algae.

The SS Vega departed Sweden on June 22, 1878. On September 3, the ship began to encounter sea ice. The explorers continued, hugging the coast and searching for a clear way through the increasing ice. However, by the end of September, the ice thickening in front them could no longer be broken by the ship’s hull. They had reached Kolyutschin Bay, the last bay before the Bering Strait, but a belt of ice less than 7 miles wide barred their passage. In his book, The Voyage of the Vega round Asia and Europe, Nordenskiöld expresses regret over time that could have been saved along the journey. He believed that had the ship arrived at Kolyutschin Bay just a few hours earlier, they would have been able to continue. To rub salt in the wound, Nordenskiöld later learned that an American whaler had been anchored only a couple of miles away in open water on the same day the Vega was frozen in.

Posted in Videos and Lectures on February 4, 2016 by Lansing Moore 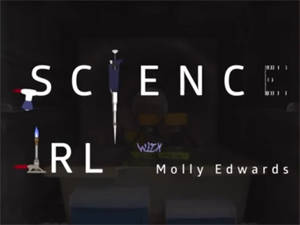 In the latest video from Science IRL, Molly returns to NYBG’s Pfizer lab to get up close and personal with a cycad specimen. Dennis Stevenson, Ph.D., and Dario Cavaliere, MA, reveal the vasculature in a cycad’s stem with dye, and in observing the pattern can then recognize the same species in fossils. Think of this installment as a survey of the anatomical approach, versus last week’s investigation of the genetic approach, to biodiversity studies.

Watch the video below, and check out more on Science IRL’s YouTube channel!

Posted in Cool Scientist Tech, Videos and Lectures on January 21, 2016 by Lansing Moore

Here at NYBG we strive to bring the world of botanical science to the public, so we were thrilled to welcome brand-new web series Science IRL to shoot a video and offer viewers a glimpse into the daily work of NYBG scientists. Our own Gregory M. Plunkett, Ph.D., Director and Curator of the Cullman Program for Molecular Systematics, leads host Molly Edwards through the steps of a polymerase chain reaction (PCR), a fundamental part of our ongoing work in molecular science. As Dr. Plunkett and other scientists here at NYBG continue exploring the world’s biodiversity, identifying new species and examining how they are related to others, a PCR is a process that allows them to isolate a specific piece of DNA and create millions of copies.

Further explanation can be found in this video, which follows each step of a PCR. Watch below, and check out Science IRL’s other videos in the series on YouTube!

UPDATE: Part 2 of this episode is now live! Click through to see a phylogenetic tree generated from the DNA sample.

Booked Up: A Conversation About a New Guide to an Overlooked Group of Organisms

Posted in Books: Past and Present on June 10, 2015 by Lansing Moore

In this video, two lichenologists sit down to talk about—what else?—lichens. Or rather, a new book about lichens from the NYBG Press, Common Lichens of Northeastern North America.

This field guide “was written for the average person to learn about lichens,” co-author Troy McMullin, Ph.D., tells James Lendemer, Ph.D., Assistant Curator in the Institute of Systematic Botany at The New York Botanical Garden. “It was written in non-technical language,” he adds, noting that the book is richly illustrated with photos of all the lichen species covered in the text.

Lichens, composite organisms made up of a fungus and an alga or other photosynthesizing partner, play important roles in ecosystems and are sensitive indicators of environmental quality. And they can be quite beautiful. They have not gotten the respect or attention they deserve, according to Dr. McMullin, and one sign of that neglect is the fact that Common Lichens is the first book of its kind for lichens.

“There hasn’t been a field guide like this,” Dr. McMullin says. “If you wanted a field guide to the birds, you go to a bookstore and there’s all kinds of them, and there’s ones for mushrooms, for trees and insects, but you never see any for lichens.”

Until now. To order Common Lichens of Northeastern North America, ($39, spiral-bound hardcover), go to the NYBG Press or order from Shop in the Garden.

A Piece of Botanical History Given a New Life

Posted in Nuggets from the Archives on December 20, 2013 by Lansing Moore Visitors to the Adult Education classrooms on Garden grounds may have noticed a recent addition to the walls of the Watson Building in a series of framed, vintage botanical posters. These treasures were discovered in storage while refurbishing the botany lab, and we could not bear to dispose of such a colorful glimpse into the history of botanical science. While the paper had begun to yellow, the ink was flaking, and a few of the posters were beyond saving, Center Art Studio in Manhattan graciously took on the challenge of restoring ten of these double-sided instructional posters as a gift to the NYBG.