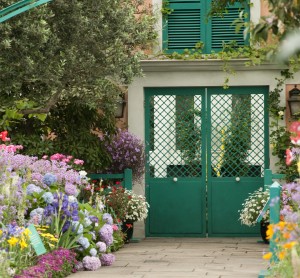 Most of us aren’t keen to stand in line, and I doubt you think any differently. But in New York City it seems almost unavoidable. Key word being “almost.”

On weekends from now through June 24, Monet’s Garden offers our Members the chance to skip straight past the bustle of the afternoon crowd and view our visiting masterworks an hour before we open the gates. Consider it a show of our gratitude for your welcome contribution to the NYBG! And seeing as spring is staying put for a while longer, we thought it best to make this available to our Members while the pleasant weather is still teasing everyone to sneak outside.

An Artist in the Kitchen

Posted in Around the Garden, Monet's Garden on June 1 2012, by Matt Newman 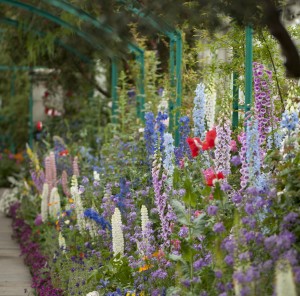 The finer nuances of art make their way past the framed edges of the canvas and into the kitchen! Join us this weekend (one of many such adventures in the coming months) for a celebration of all things culinary as we step into the kitchen gardens of France, the salad days of spring, and Monet’s life as not only a painter, but a gourmand. The father of Impressionism took as much pleasure in the abundance of his dinner table as he did his painted garden at Giverny, and Monet’s Garden embraces both!

Showing throughout much of this summer’s exhibition, Monet’s Palate calls talented chefs to bat for the rich culinary traditions of Normandy, a region in the north of France home not only to Giverny, but to a cornucopia of the country’s most esteemed cuisine. Also on Saturday and Sunday, meet up with Gardener for Public Education Sonia Uyterhoeven for an introduction to jardin potagers, or kitchen gardens, a French staple that takes stocking your produce drawer to heights far beyond anything you can pluck from your window sill herb collection. 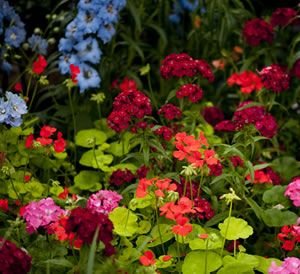 When I was in Paris last June, it was hot–hotter than it is today in New York City–with temperatures flirting with the mid-90s. I was not in Paris for work, but since I’m a bit of a workaholic, I convinced my friends to accompany me to Giverny, where we found a serene, green oasis. Despite my friends having little interest in plants and gardening, they loved our trip to Claude Monet’s jardin, because you don’t go to Giverny to look at plants; you go to Giverny to experience Monet. You go to find a deeper understanding of the great Impressionist, and we’re hoping you come to Monet’s Garden for the same reason.

Inside the Enid A. Haupt Conservatory are the stars of the show, the recreation of Monet’s flower garden and his iconic water garden. But outside, in the paths of the Perennial Garden and the environs of the Conservatory, you can read works–in English and French–from Monet’s contemporaries, the Symbolist poets. Impressionism was a full-blown artistic movement that extended to the very edges of the bohemian circles of Paris and beyond. Linger amid poppies and peonies and phloxes and contemplate what Charles Baudelaire meant when he wrote, “Voici venir les temps où vibrant sur sa tige/Chaque fleurs s’évapore ainsi qu’un encensoir” (“Now comes the time when swaying on its stem/each flower offers incense to the night”).

Posted in Exhibitions, Monet's Garden on May 24 2012, by Matt Newman 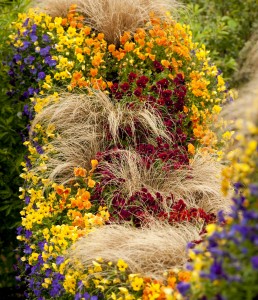 Monet’s masterpieces may be hanging safely in the Rondina/LoFaro Gallery, but the artist’s inspiration runs wild in our children’s garden! The bright flowers in their full spring glory aren’t all that far off from the confetti-colored borders of Monet’s own Giverny. Of course, the giant, googly-eyed caterpillars bursting with tiny flowers aren’t anything you’ll find in the average Impressionist’s landscape painting. But then again, why not?

At the NYBG, the artistic muse speaks early, and nowhere is it more alive than in the Everett Children’s Adventure Garden. Visit for the morning during Monet’s Garden and enjoy hands-on classes with your kids, or take an afternoon stroll with your toddler in tow to experience freeform creativity with our knowledgeable Explainers. Art is at its best when you let the mood take you!

Down the Allée and Over the Bridge

Posted in Exhibitions, Monet's Garden, Programs and Events on May 18 2012, by Matt Newman 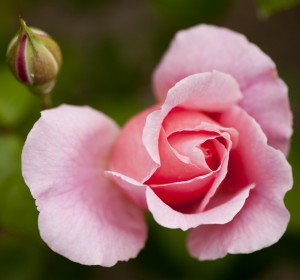 If you’re looking to experience Monet’s famed garden at Giverny this weekend, you’re weighing two options. You can either book a flight for Saturday morning–over a thousand dollars out of pocket on short notice, and an eight-hour flight to Charles De Gaulle airport–or you can throw a few bucks on your MetroCard and hop the subway to the Bronx.

I’m personally not much of a jet setter; lighting off for Europe on a whim doesn’t stir the pot of my daily routine that often, and the occasional craving for a fresh baguette seldom boils over. Maybe the local option is a better bet. The father of Impressionism is here in New York, after all!

Behind the Scenes in Monet’s Garden

As NYBG horticulturists preen the nasturtiums and primp the poppies, we draw closer to the opening of the year’s most spectacular exhibition. Monet’s Garden goes live this weekend! And just in time for our grand opening, we’re putting the finishing accents on the scenery that makes Monet’s Giverny a destination for gardeners and art aficionados the world over.

Karen Daubmann, Director of Exhibitions and Seasonal Displays, gives us a rare peek at the behind-the-scenes efforts taking place under the glass of the Enid A. Haupt Conservatory. But by the time you visit the NYBG on Saturday, what you see below will have come a long way. Claude Monet’s garden has always bridged the gap between untamed art and flawless design; we think you’ll see that our homage is taking things in the right direction.

Posted in Exhibitions, Gardening Tips, Monet's Garden on May 15 2012, by Sonia Uyterhoeven 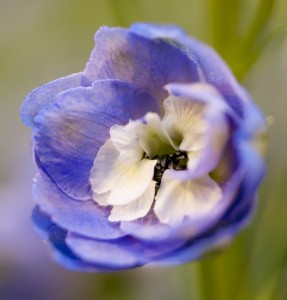 Monet’s garden was a living canvas. In this space he experimented with his love of color and form. His knowledge of color theory and his artist’s eye informed the choices he made in his garden design. In turn, they offer good suggestions for the homeowner who is about to embark on their own planting project.

Last week we mentioned how one of Monet’s prominent concerns was capturing light and atmosphere. His garden was no different from the scenes he painted on his canvas. The color sequences that he created in his garden echoed changes in light and weather that he observed in the space. He used his artist’s eye to accentuate these changes and enhance the atmospheric quality of the place.

Posted in Exhibitions, Monet's Garden on May 14 2012, by Matt Newman 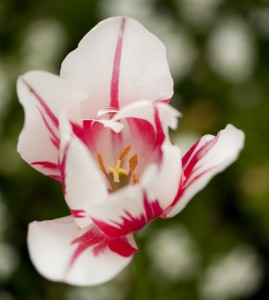 Taking place on Sunday, May 20, The New York Botanical Garden welcomes the Hartford Symphony Orchestra in hosting “Monet’s Friends,” an accompaniment to our exhibition that magnifies the art of the era through the strains of musical Impressionism. Your ticket to the chamber music series will also include access to Monet’s Garden, allowing a full-circle experience of the sights and sounds that France embodied in the late 1800s.

Beyond the masterful paintings that emerged from Claude Monet’s time at Giverny, the threshold of the 20th century brought with it a wealth of musical experimentation in Europe. From this innovative turn came revered French composers: Debussy, Roussel, Fauré. As contemporaries to the great visual Impressionist, their music–like Monet’s art–redefined genre boundaries, dipping into an atmospheric exploration of composition and technique that defied the conventions of the day.

Posted in Monet's Garden on May 8 2012, by Sonia Uyterhoeven 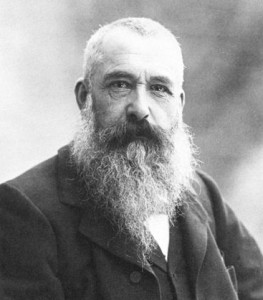 This year we are celebrating the life of the artist and gardener, Claude Monet. From May 19th until October 21st you will find our show houses, water lily pools, and exhibition galleries re-creating and displaying pieces of the famous Impressionist’s life.

The artist’s palette, photographs, and records of his famous garden–as well as two rarely seen paintings of irises–will be on view in our Library’s exhibition gallery. Our Ross gallery will display photographs of Giverny through the seasons, produced by an American gardener who was involved in the restoration of the legendary garden.

Our show houses and water lily pools will capture the essence of Giverny, including the iconic Japanese foot bridge and his Grand Allée. Throughout the summer we will discuss Monet as an artist and gardener, taking a look at his use of light and color in the garden and exploring some take-home lessons from his design strategies and gardening techniques.

Posted in Exhibitions, Monet's Garden, Video on May 7 2012, by Matt Newman 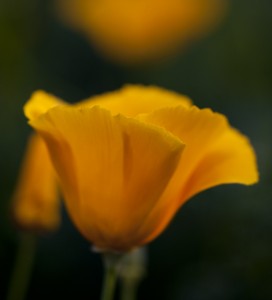 Creating a masterpiece takes more than simple inspiration. It requires preparation–arranging each color and readying the canvas. And as with a painting, Monet’s Garden at the NYBG is a work of art with as much going on behind the scenes as happens in the open.

Marc Hachadourian, Manager of the Nolen Greenhouses for Living Collections, takes us through the expansive collection of delphiniums, poppies, nasturtiums and other flowers that will soon embody our homage to Claude Monet’s garden at Giverny. Months of careful tending in specialized growing environments have allowed us to tease the flowers into bloom all at once, re-creating the artist’s living muse at its kaleidoscopic peak. But you won’t have to wait that long to see them.

If you haven’t reserved your tickets yet, get to our ticket page! The doors to the French master’s private paradise open to New York on May 19.