Posted in Around the Garden on February 13 2020, by Matt Newman

Big news! In our ongoing efforts to bring you the best of what’s happening at the Garden, Plant Talk and Science Talk are merging to create Read & Watch, a new media hub on NYBG.org that will bring you all of the most recent videos, stories, and more in an easy-to-use format.

Posted in What's Beautiful Now on January 31 2020, by Matt Newman

You can almost feel the hot desert sun radiating from these flowers.

In the desert houses of the Haupt Conservatory right now, you’ll find respite from the chill of winter with these blooming aloes (Aloe ferox), standing tall and colorful amid the cacti and other arid-weather plants that call these collections home. 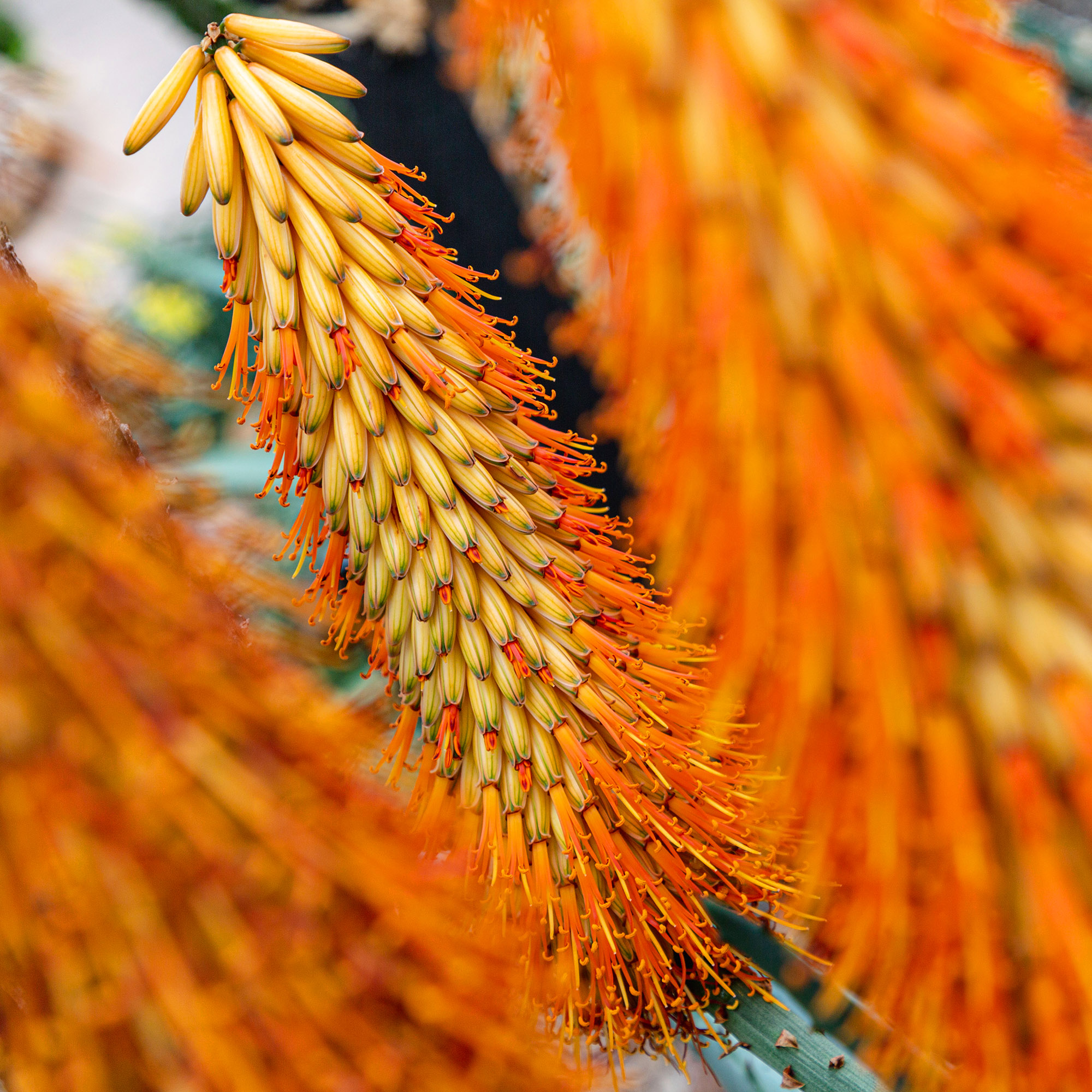 Posted in Exhibitions on January 28 2020, by Matt Newman 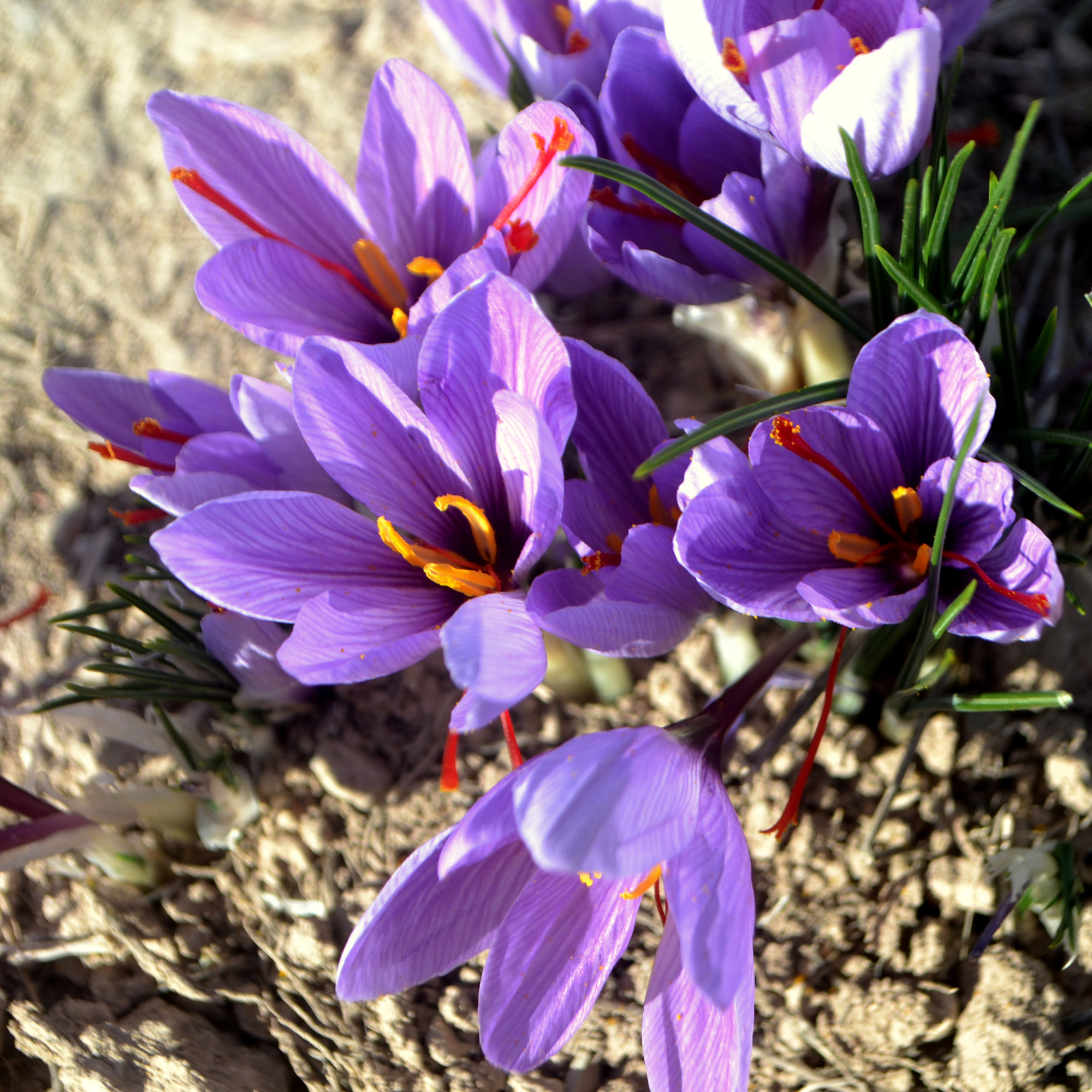 Saffron has been prized by civilizations for millennia. Ancient Egyptians used saffron to make perfume, and 4,000-year-old frescoes in the Greek islands of Santorini and Crete depict people plucking flowers from cultivated saffron fields. Each Crocus sativus flower produces a three-pronged, golden-colored pistil (the female reproductive part of a flower), which is the source of the spice. It is the most expensive spice in the world due to its labor-intensive production and very low yield: one pound of dried saffron requires more than 50,000 crocus flowers.

This is just one of many herbs and spices featured in our new Exhibit Lab, Flavors of Morocco, highlighting this North African cultural crossroads, its culinary traditions, and the plants that support them—reflecting the blend of cultures that have intermingled in Morocco throughout history. See it here in our Ross Gallery through March 15.

Saving a Living Fossil: Australia’s Fires Add Urgency to the Effort to Preserve the Wollemi Pine

Todd Forrest is the Arthur Ross Vice President for Horticulture and Living Collections at The New York Botanical Garden. 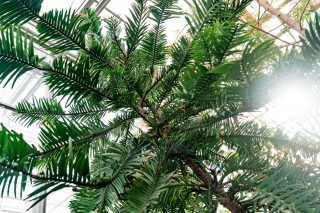 The New York Botanical Garden applauds the courageous efforts of the foresters, conservationists, and firefighters who saved the last remaining wild population of the critically endangered Wollemi pine (Wollemia nobilis) from the devastating fires that have engulfed Australia. The discovery and conservation of Wollemi pine is a fascinating and inspiring story at the confluence of botany, horticulture, and conservation science.

Widespread across Australia at the beginning of the Cenozoic Era (65 million years ago), the Wollemi pine now only grows in small groves hidden in deep ravines in forests northwest of Sydney. Shockingly, these remnant groves were unknown to science until 1994, when David Noble, an observant field officer for the New South Wales National Parks and Wildlife Service, and two colleagues rappelled into a remote ravine in Wollemi National Park and found a population of conifers that they did not recognize. Mr. Noble brought samples back to botanists who realized the trio had discovered a relict population of a conifer thought to have been extinct for millions of years. Wollemi pine is a true living fossil.

Posted in Around the Garden on January 18 2020, by Matt Newman 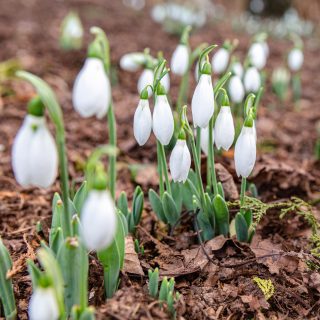 The long weekend is here, and just in time for the final week of the Holiday Train Show! Don’t miss your chance to see our botanical homage to famous New York sights—and explore plenty of our other events and activities. Bring your little ones for the last performances of All Aboard with Thomas & Friends, head to the Mertz Library for a look into the architectural history of our landmark Haupt Conservatory, get outside to explore winter interest—like newly emerging snowdrops—in our collections, and so much more.

With NYBG being open for Martin Luther King Jr. Day on Monday, January 20, it’s the perfect time to catch the Holiday Train Show before it disappears for the winter. The show continues through January 26 with all-new highlights from Central Park.

Jodie Colón is the Compost Project Manager at The New York Botanical Garden. 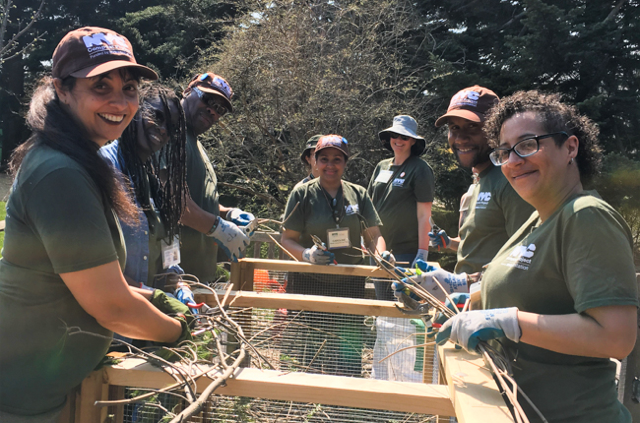 When it comes to organizing your closets, the latest trend is to only keep items that spark joy. Many gardeners in Bronx Green-Up gardens apply that principle to their compost bins. But often they happily keep every leaf, branch, weed, and kitchen scrap out of the landfill. When an overflow of joy accumulates, they know who to call—our NYC Compost Project. We swoop in to help reorganize compost bins, tame piles of plant materials, and give sites a fresh start. Yet, just like on those reality shows, the clutter inevitably creeps back.

Posted in Garden News on January 9 2020, by Ursula Chanse

Ursula Chanse is the Director of Bronx Green-Up and Community Horticulture at The New York Botanical Garden.

Ready for a new Bronx-made and inspired taste?

Posted in What's Beautiful Now on January 9 2020, by Matt Newman

Warm, colorful, humid. That’s the Haupt Conservatory in January. The living collections of our historic glasshouse thrive thanks to the balmy temperatures it maintains year-round, and there are plenty of fascinating botanical treasures to be found—from the neon structures of the neotropical blueberries to the spore-carrying sori of the ferns. 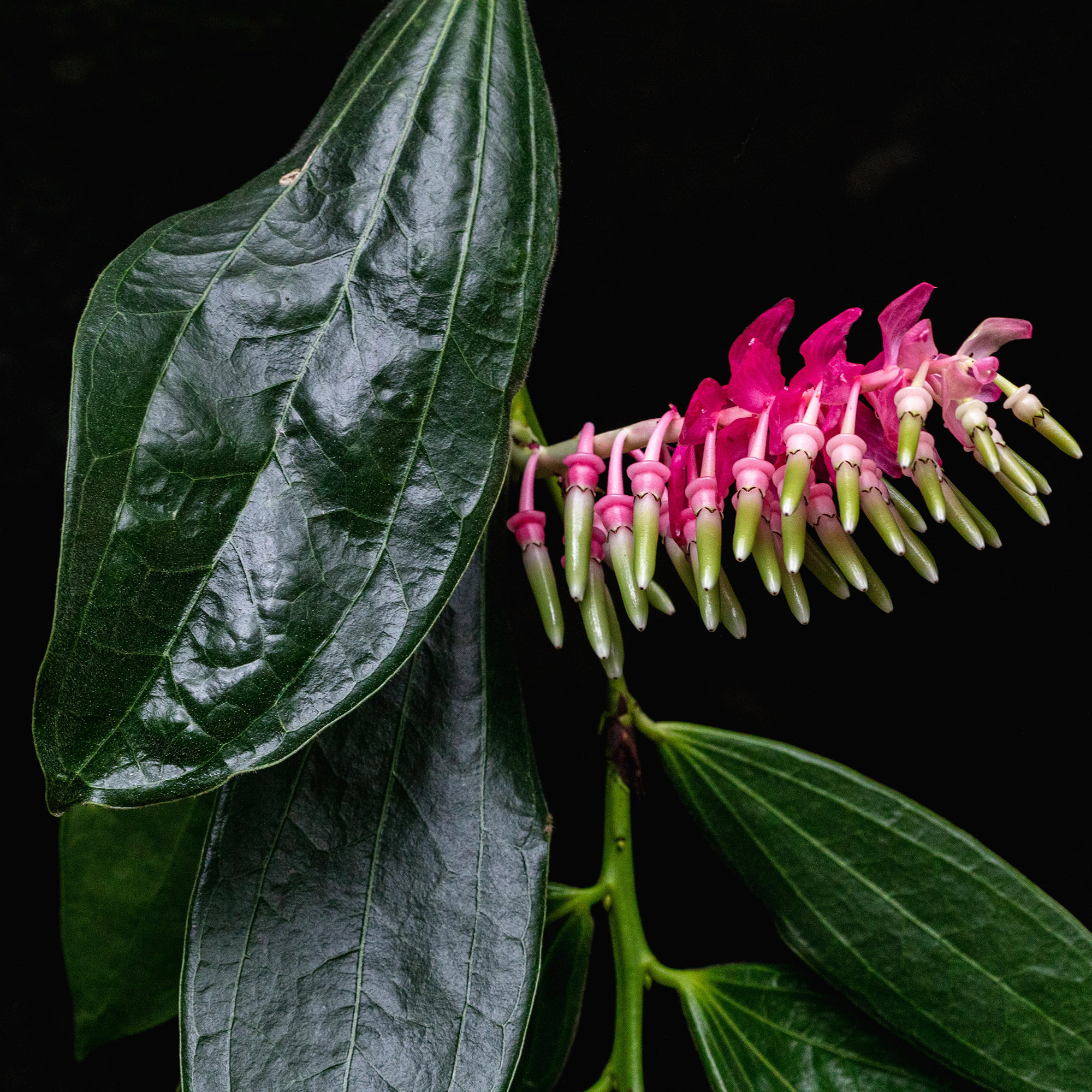 Posted in What's Beautiful Now on December 27 2019, by Matt Newman

Shelf fungi fun in the Forest! There’s so much to see on walks along the winding trails of the Thain Family Forest, not least of which are mushrooms in reds, oranges, yellows, and browns. What have you spotted lately? 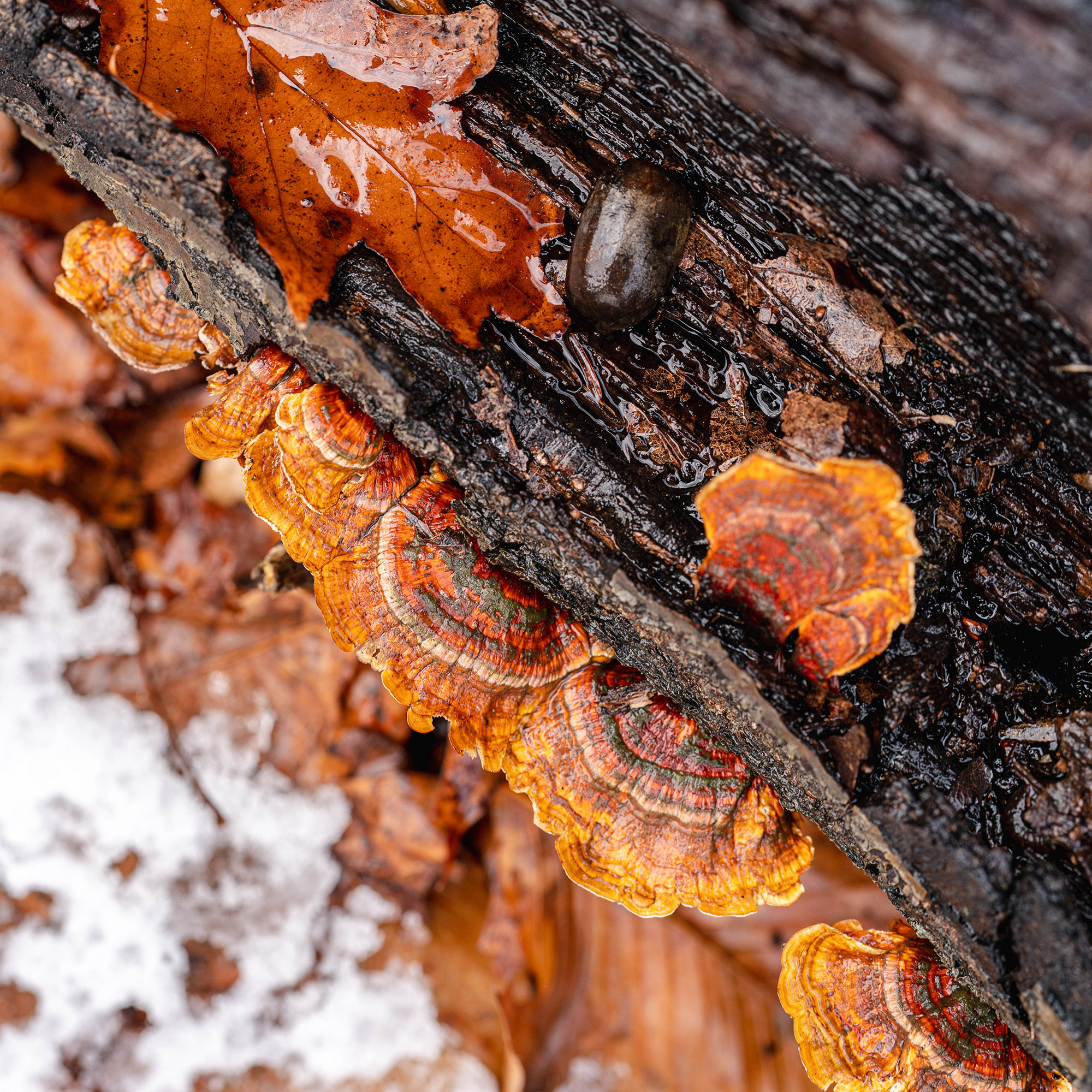 Posted in Holiday Train Show on December 27 2019, by Matt Newman

Some think the “G” in the Holiday Train Show‘s G-scale model trains stands for “Garden,” but it’s actually “groß“—German for “big!”

From trolleys to commuter rail, subway cars, and freight, our G-scale models bring the Holiday Train Show to life with some of the largest trains and track you can get. Here you’ll find a few of our favorites, including steam locomotives and diesel engines, and everything in between. Do any of them look familiar to you? 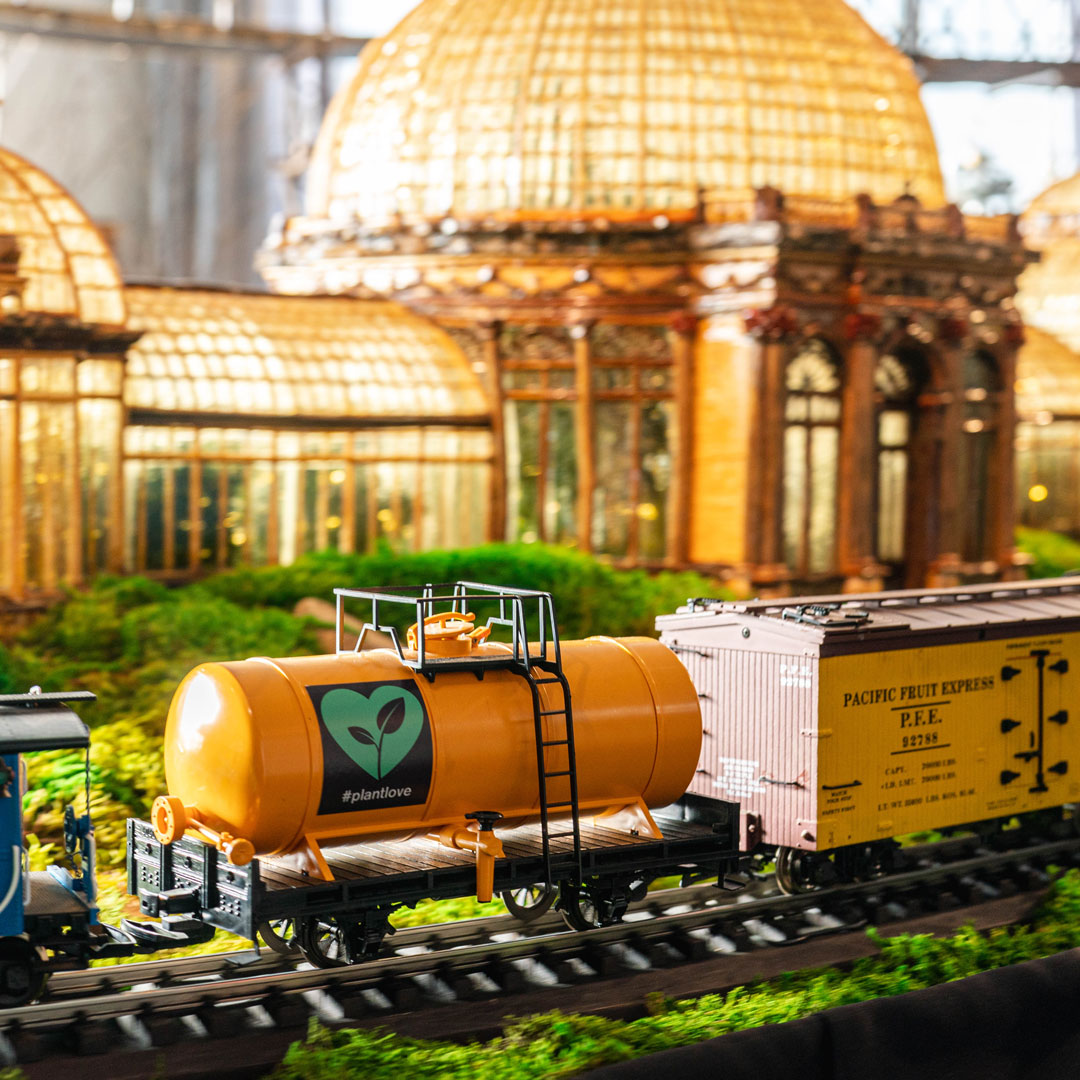