Posted in Bill Buck, From the Field, Science on February 10 2011, by William R. Buck 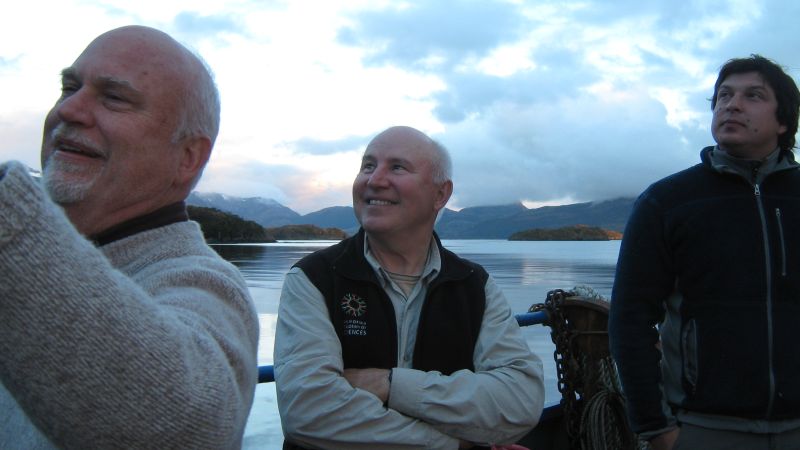 The ship engines started about 6:30 a.m. By this point in our journey, this rouses no one from their bunks except the crew. However, as soon as the engines are cut off it means we have arrived at our next field site and everyone hurries up to breakfast. Every morning for breakfast there is fresh bread, sometimes baked, sometimes fried. It’s a great way to start the day. 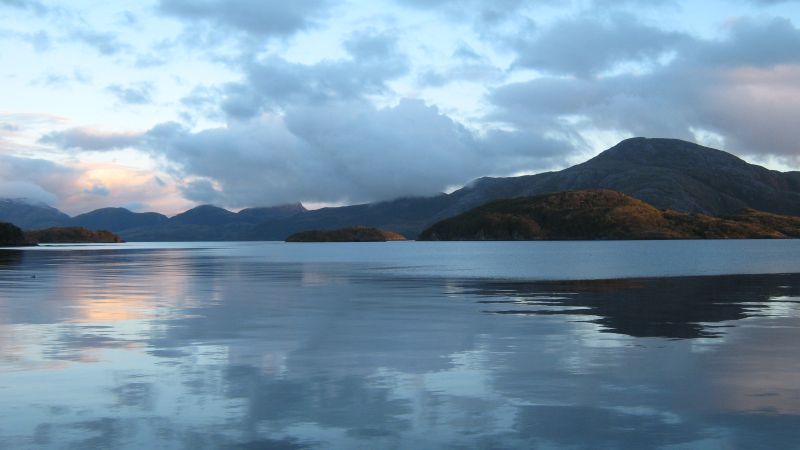 Mornings are mostly proving to have reasonable weather, but usually by  1-2 p.m. it starts to rain harder and the winds pick up. This morning we arrived in Bahía Murray on the east side of Isla Basket. The island is named for Fuegia Basket, the name Charles Darwin’s expedition gave to an indigenous young woman that they essentially kidnapped and took to England to “civilize.” The weather–just light continuous drizzle–was not an issue, and we all went ashore to collect. We split into a few groups to cover more habitats. Juan decided to try and reach a peak that rises to about 1600-1700 feet and took our satellite modem with him in an attempt to send out my daily blogs. He got within 50 feet of the summit but couldn’t continue because the rocks were steep and crumbling. Needless to say, the modem still couldn’t find a satellite. 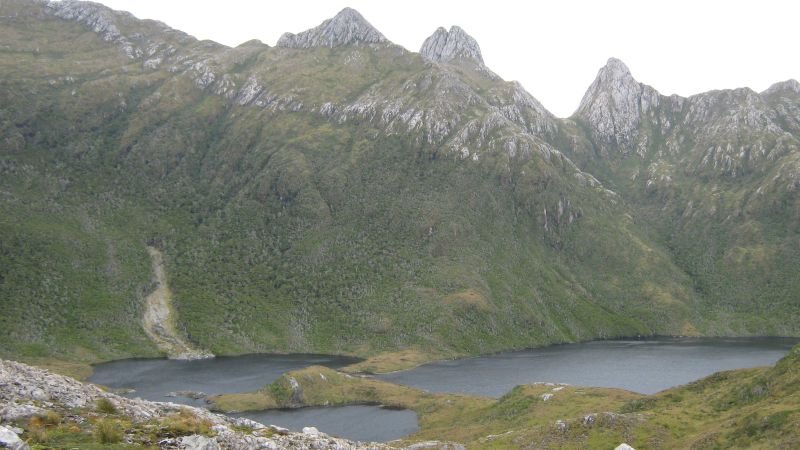 The ascent was, nevertheless, worthwhile because of all the great mosses Juan found at those elevations that the rest of us didn’t reach. I first worked through a small, coastal southern beech forest in order to find the standard mosses that I have come to expect in this habitat. I then emerged into a Magellanic tundra and headed toward the mountains. Coming over a rise I came upon what I thought must be a fairly large lake. Only once I had reached its shore and tasted the water was I sure it wasn’t an arm of the sea. Later I learned that it was only the first of three lakes. We found quite a few mosses today which certainly have never been reported from this island. 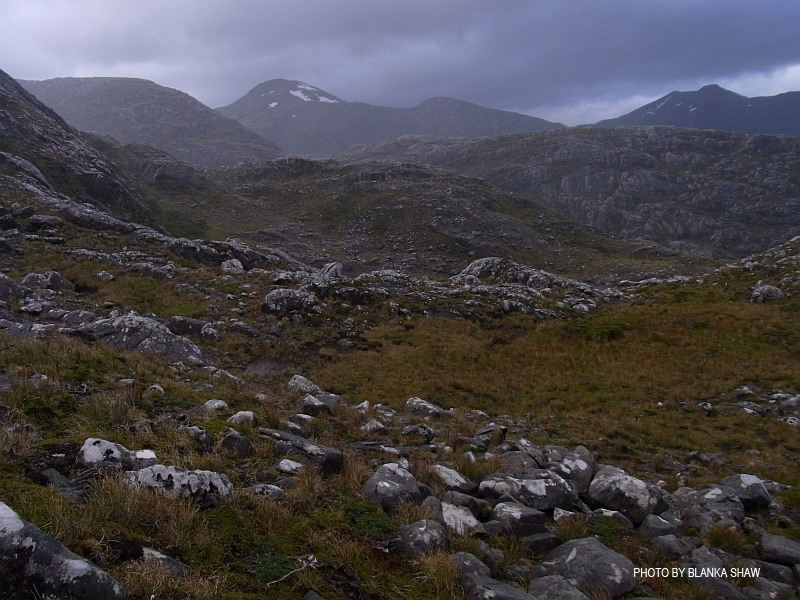 After talking to the captain, we decided to head directly to Seno Courtenay and then work our way back west in the upcoming days. From a map, it looked like the area should be a moss paradise, and indeed that impression was confirmed. As we headed down the westernmost arm of the sound, the mountains rose on all sides and the ships echo sonar (a tool that shows the water’s depth) saw no bottom. Every 100 yards or so a waterfall cascaded down to the sea. Despite the steady rain we all stood on the deck gawking like school children at the incredible scenery. Just how special it was was confirmed by the crew doing the exact same thing we were doing.

Unfortunately, because of the sound’s orientation in-line with the prevailing winds combined with its depth, it wasn’t a safe place to anchor for the night. So, we backtracked to a safe cove for the night with the promise of an early morning trip back to the site. Most of the walls of the sound appear too steep to ascend (at least safely), but at the very end a river enters from a low valley. Maps indicate the river originates at a lake which in turn is the result of an abutting glacier. We’re all very keen to get out in the morning. 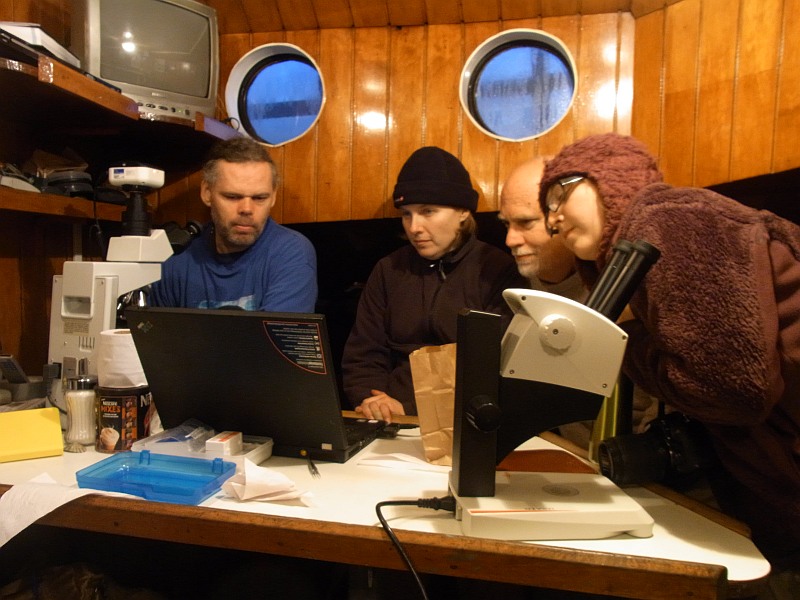 This evening, though, we’ll finish processing our specimens from the morning’s site, and get them onto the dryers. Most nights, at least a few people are up until well after midnight working with the  microscopes we now have on the ship courtesy of Matt. The idea is to finish the microscope work early enough that everyone can retreat to their bunks at a reasonable hour, so we can get an early start in the morning (after the fresh bread, of course).