Posted in The Orchid Show on March 10 2014, by Lansing Moore 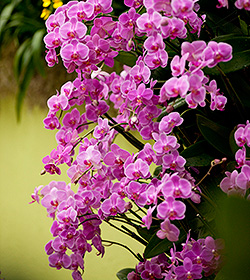 We wrapped up our first week of The Orchid Show: Key West Contemporary over the weekend, and we already have the first Orchid Evening event under our belts. The Orchid Show this year takes its inspiration from a garden designed by Raymond Jungles for an estate garden in Key West, whisking us away to Florida’s tropical climate. We bedecked the geometric reflecting pools, soaring angular pergolas, and sleek benches of this modern residence with hundreds of orchids! With so many varieties on view, the final effect is dazzling. For a burst of color on this March afternoon, click through for a look at The Orchid Show in all its glory.

There are an estimated 30,000 naturally occurring orchid species and tens of thousands of artificially created hybrids. We couldn’t possibly have room for all of them, but there is a stunning array on display at the Conservatory, and thousands of types in the Garden’s permanent collection.

Orchids of the Southernmost Point

Posted in The Orchid Show on February 27 2014, by Sonia Uyterhoeven

Our annual Orchid Show begins this weekend, carrying us off to the warmth and greenery of Key West. I myself have eaten hearts of palm in Key West, toured Ernest Hemingway’s home, and gone swimming and sunbathing, but I never took the time to stop and admire the island’s orchids. On the key, the Audubon House and Tropical Gardens combine history and nature for the avid naturalist, showcasing a one-acre garden full of native and exotic orchids.

Florida boasts a large and diverse population of orchids owing to its climate, which ranges from subtropical in the north to tropical in the south. These variations support temperate and tropical orchids, respectively. Many epiphytic orchids that colonize the southern portion of the state, including Key West, are indigenous to the Caribbean and southern tropical regions.

The Orchid Show: Bringing the Florida Keys to NYC

Posted in The Orchid Show on February 20 2014, by Matt Newman 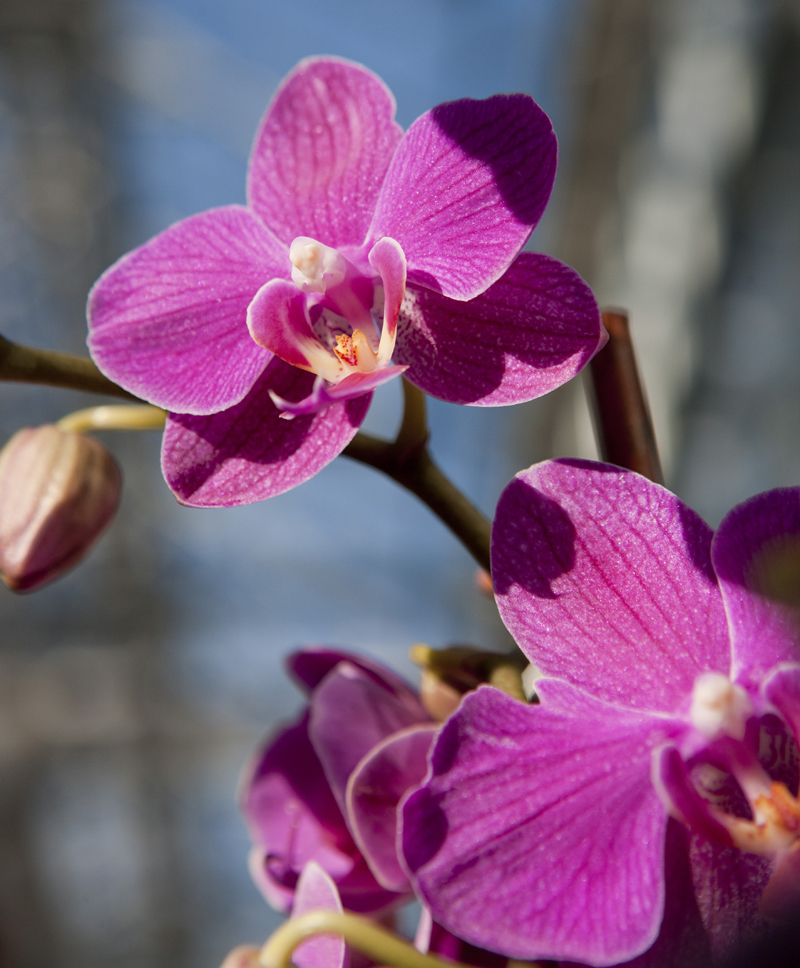 It’s little more than a week ’til we throw the spotlight on The Orchid Show: Key West Contemporary. The Enid A. Haupt Conservatory is a flurry of activity. New installations—of display architecture, of flowers in bunches and bundles—are going up daily, and while Tropical Paradise continues through this Sunday, February 23, you can be sure you’ll see hints of the exhibition to come if you visit our famed glasshouse now. You might not catch any Hemingway lookalikes riding by on scooters just yet, but make no mistake: the Florida Keys are coming to New York on March 1!

Karen Daubmann, our Associate Vice President for Exhibitions, joined us in the Conservatory not long ago to catch us up on the show’s progress. She also gave us a little peek into the inspirations behind this year’s exhibition, including the reflecting pools and modernist pergolas of the Susan Henshaw Jones Garden down in Key West. We’ll have more “Making Of” videos like this one in the coming weeks, so have a look to get a taste of what’s on the horizon.

Posted in The Orchid Show on February 12 2014, by Matt Newman 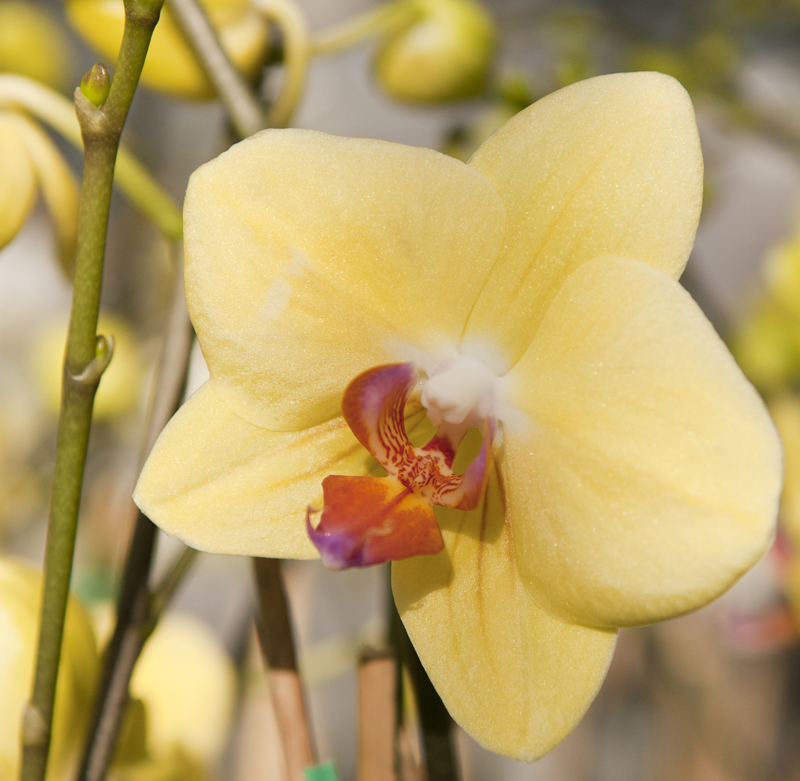 Something tells me we’ve all had our fill and then some of polar vortices, luge-like sidewalks, and the inevitable, near-weekly session with the snow shovel. And winter fashion is fun, but let’s be real: donning four layers to hit the corner bodega is getting to be a headache. Thankfully, whether or not Punxsutawney Phil saw his shadow, there’s hope on the horizon. And it’s bringing orchids.

As I write this, our winter sanctuary—Tropical Paradise in the Enid A. Haupt Conservatory—is shedding its late-season colors for the vibrant return of the year’s most flamboyant exhibition. Thousands of orchids in fuchsia, chartreuse, and vivid purple are warming up in the Nolen Greenhouses for Living Collections, readying for the main act under the dome of our famed glasshouse. This year’s theme is a memorable one, too, especially if you’re prone to bouts of lazing in hammocks, sipping salt-rimmed margaritas in the shade of a coconut palm.

The Orchid Show: Key West Contemporary opens to the public on March 1. Here’s a teaser to hold you over!

The Garden Made Simple: Repotting Orchids

Posted in Gardening Tips, The Orchid Show on April 13 2013, by Ann Rafalko 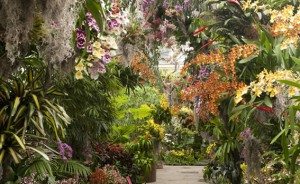 When you visit The Orchid Show you might be tempted to buy an orchid at Shop in the Garden to take home with you. Go for it! Orchids aren’t nearly as fussy to keep as houseplants as you might think they are.

Orchids have gotten a reputation for being divas, but choose the right one for your home environment (don’t worry, our orchid experts work at the Shop, too!) and you’ll have a beautiful plant that can last for years with new blooms every year.

We’re committed to helping you keep your orchids healthy and happy.

We call Orchid Evenings one of New York City’s most romantic date destinations. But don’t take our word for it!

Orchid Trivia from Around the World

Posted in The Orchid Show on March 19 2013, by Sonia Uyterhoeven 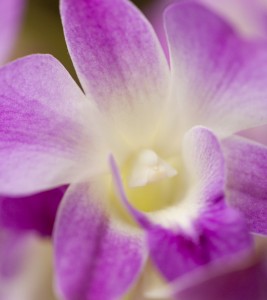 A few weeks ago I put together some orchid trivia for one of my colleagues, and I thought I would share some of the interesting tidbits with you. As part of the entertainment for The Orchid Show this year, we are featuring “Music from the World of Orchids.” Each weekend throughout the run of the exhibition an eclectic array of musicians will perform popular tunes from countries that are known for their beautiful orchids. The line-up includes musicians from Brazil, Peru, Cuba, Mexico, India, Cameroon, Portugal, and the United States, giving visitors a rich and varied sensory experience.

Picking up a little knowledge beforehand can make your visit to the Orchid Show even more enriching than it already is, though we’ll certainly have plenty of experts on hand to answer any of your questions while you’re here. For now, here are some fun pieces of orchid trivia for you to ruminate over while you listen to exotic melodies!

Posted in The Orchid Show on March 7 2013, by Matt Newman 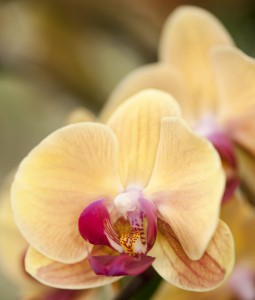 During five Saturday evening gatherings throughout March and April, the Conservatory opens its doors for a few rare, after-dark viewings of our magnificent Orchid Show, sans daytime crowds. DJ Julio will be on hand to provide the ambiance with traditional world and electronic music, while bespoke cocktail creations from the likes of St. Germain, Tirado, Jack From Brooklyn, El Buho, and LiV cap each evening with a worldly spirit mixed right. Under tens of thousands of blooms from around the globe, lit with the soft glow of the Conservatory at night, we dare you to find a more romantic spot to ring in spring in New York.

Posted in The Orchid Show on February 25 2013, by Matt Newman 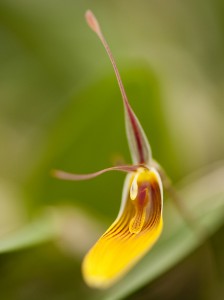 With less than a week between now and the opening of our 11th annual Orchid Show, it seems as good a time as any to poke our heads inside the Enid A. Haupt Conservatory and see what’s what with our hard-at-work horticulturists! There are literally thousands of exotic orchids to arrange in time for the March 2 opening, and with Tropical Paradise only just packing it in for the year, our staff is rising to the challenge of kicking off this yearly favorite with a proper bang.

All hands are on deck to make our naturally-inspired display the most colorful and gratifying experience you’ll have in New York City this spring. And few know the ins and outs of this complicated process like Christian Primeau, Manager of the Enid A. Haupt Conservatory. Working along with the curatorial expertise of Vice President of Glasshouses and Exhibitions, Francisca Coelho, Christian and the rest of the team are implementing stunning designs, plant by plant, with an eye for both color and natural arrangements. But these wouldn’t be quite the same without an unforeseen addition to our exhibition: a few of the 300 Garden trees affected by Hurricane Sandy this past October.