Posted in Bill Buck, From the Field, Science on February 11 2011, by William R. Buck 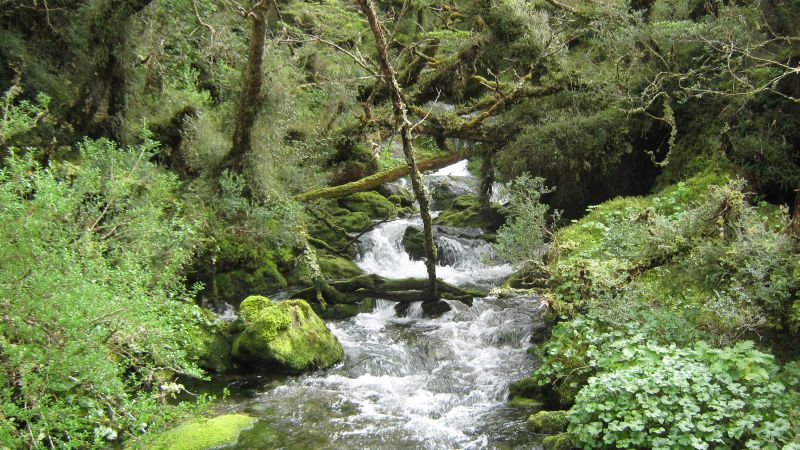 With today came the realization that the days are racing by. Initially it seemed like we had lots of time, but now the calendar is creeping up on us. We have today and the next three days before we head back to Punta Arenas (about a 17 hour trip). 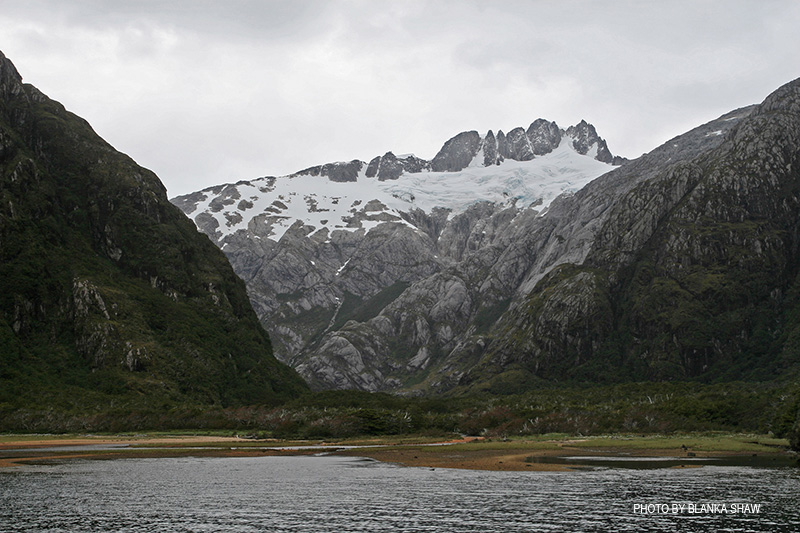 Today was a great collecting day, we all came back delighted with what we had found. Blanka has nicknamed this locality The Enchanted Forest. We are in an eastern arm of Seno Courtenay where several small rivers emerge from what looks like a floodplain forest. There is supposedly a glacier-fed lake upriver, but not one of us has made it that far! At the beginning of the morning I was disappointed when I entered the forest; it seemed like it contained only  the standard mosses I have become used to seeing. 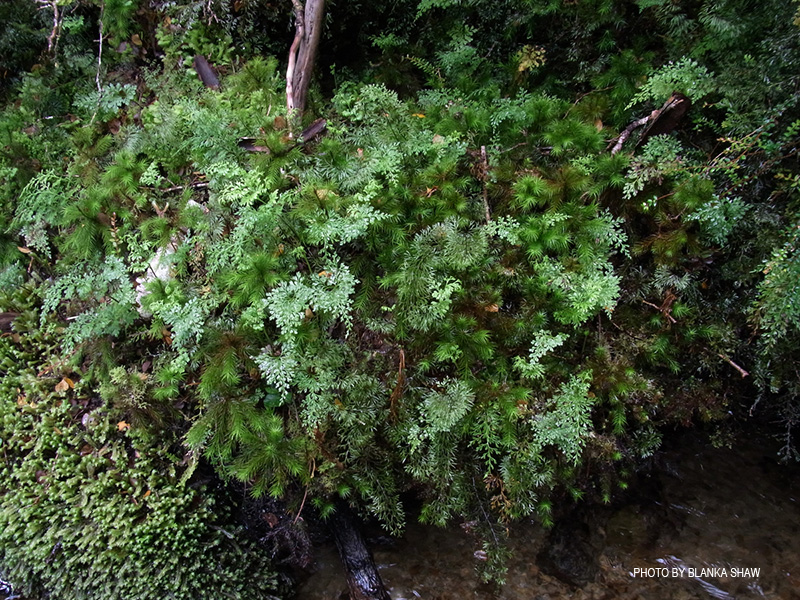 However, as I worked through the forest, the humidity increased as did the number  and biomass of epiphytes. The trunks and branches of most trees were sheathed in bryophytes, and even twig epiphytes increased in diversity.

With persistence, the forest slowly yielded its treasures. On each of the previous days, by the time I needed to turn back for the zodiac pick up, I was ready to return. Generally, as time progressed, I would find fewer and fewer different things to hold my attention, and so that by the time I needed to turn around I would be bored and ready to go. 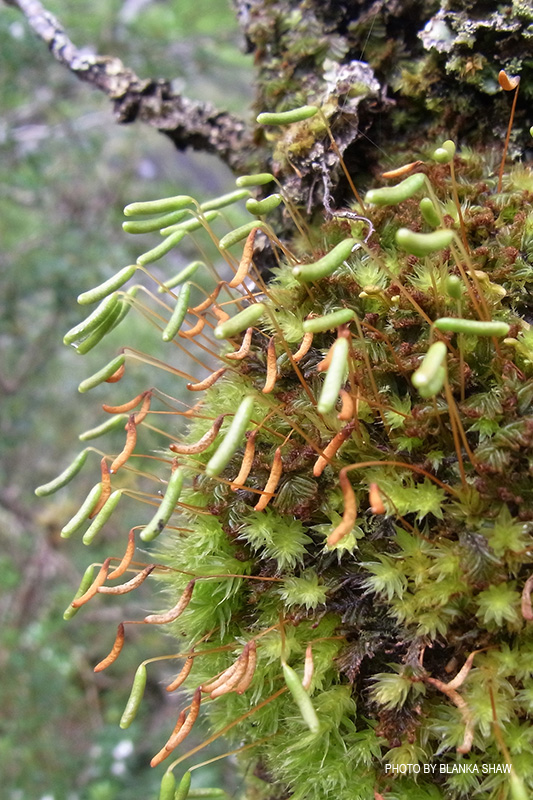 But not today! After almost four hours–during which time I probably covered the distance of only a few hundred yards–I was still finding different mosses and I could easily have used another hour. However, as leader of the expedition I think it is important to set an example and be punctual, both as a courtesy to the crew who is waiting to pick me up, and to the crew who is waiting to feed me. I have  previously had to ask some of our group to be more timely because the cook had to hold lunch for over an hour for them.

This afternoon we had a little drama. Typically whenever we move the ship the two zodiacs are brought on board (and occupy most of the deck). Today, though, the crew left the smaller zodiac in the water and towed it. Because the sound we are in has numerous waterfalls cascading down from the summits, we stopped to fill up the water tank on the ship. Somehow though, we ended up backing over the zodiac and it got caught under the ship. One of the divers, Rodrigo, had to go down with his scuba gear and cut it loose. Now we only have a single, functional zodiac. How we mourn the loss of all those cool scuba diving products. 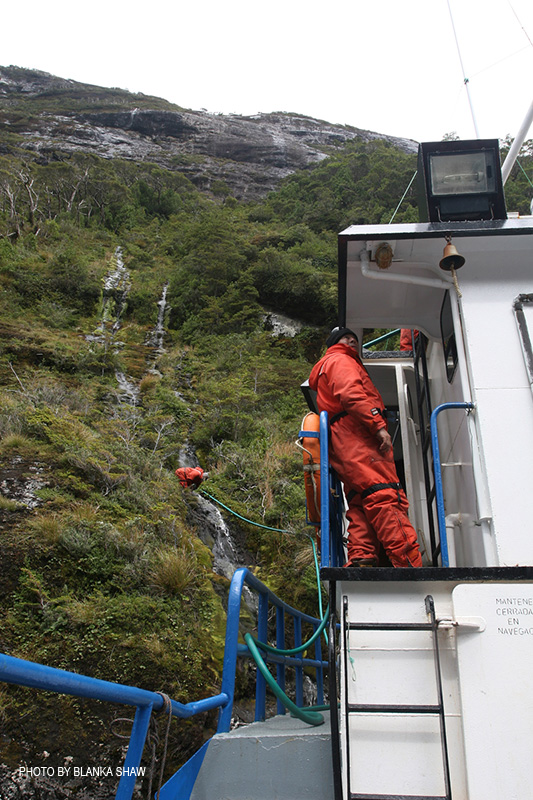 In the afternoon we moved to another arm of the Seno Courtenay. Before going into the field, I put the morning’s collections on the dryer. Although the dryers are working really well, the collections are, for the most part, completely saturated and so it takes awhile to dry them. At this stage, all my allotted dryer space is occupied. So, for the afternoon I intended to collect only things I hadn’t seen earlier in the day. I decided to collect along the base of a dripping cliff face, just a short distance from our anchorage site. I thought this would not result in many collections, but despite my extreme discretion in collecting, I found quite a few novelties and ended up collecting over 30 bryophytes in about an hour. At this stage they are in a cloth sack hanging in the engine room waiting for room on the dryer. There are certainly worse problems to have than too many collections at the end of a great day!

Tomorrow we are scheduled to head southwest to Península Edwards. We’re all hoping that somehow time will slow down so that we are able to prolong our time in such a glorious part of the world.