Join mushroom expert Roy Halling on a virtual exploration of macrofungal biodiversity and the highlights of his career as a mycologist at The New York Botanical Garden. Roy became fascinated with the study of fungi (the porcini family specifically) in the early 1970s while an undergraduate in California. Fungi are nature’s organic recyclers, fundamental to nutrient cycling in all ecosystems. However, relative to plants and animals, their biology is poorly understood. It was obvious that more exploration, description, and documentation of the world’s macrofungi was needed. Through surveys and global collaborations in the New World tropics, southern South America, Southeast Asia, and Australia, Dr. Halling uncovered new genera (including a bolete truffle), described more than 80 new fungi species, and characterized new distribution patterns and biases toward Old World species concepts.

Roy Halling, Ph.D., is Curator Emeritus of Mycology at The New York Botanical Garden, where he has carried out research for the past 35 years on the diversity, classification, and biogeography of mushrooms.

Dr. Halling has conducted fieldwork around the world, authored or co-authored over 120 scientific publications, and added substantially to general knowledge on tropical and temperate fungi. His recent explorations focus on the diversity, mycorrhizal relationships, and distribution of the Boletineae (a suborder of porcini-like mushrooms), and has ongoing international collaborations to study the systematics and biogeography of Bolete mushrooms with particular emphasis in Australia and Southeast Asia. Dr. Halling has mentored undergraduate interns, honors students, and four Ph.D. candidates. He has also served as President of the Mycological Society of America (2008–2009), a society from which he received recognition as a Fellow of the MSA (2006) and as a Distinguished Mycologist (2017). 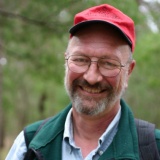