Established in 1896, NYBG Press is a department of The New York Botanical Garden and one of the largest publishing programs of any independent botanical garden in the world. The Press focuses on advancements in knowledge about the classification, utilization, and conservation of plants and fungi.

Browse and Buy Books and Journals

Books may be browsed and bought at NYBG Shop.

Journals may be browsed and bought at Springer: 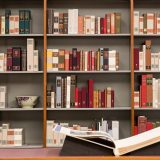