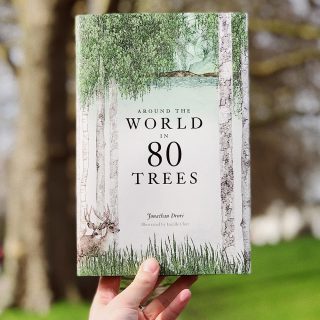 Exploring the relationship between people and nature, Jonathan Drori’s new book offers beautifully illustrated stories that highlight the surprising role of trees in human life across the globe. From India’s sacred banyan to the fragrant cedar of Lebanon and sturdy Norway spruce, trees are some of our most constant and varied companions. Trees have incalculable value, offering sanctuary and inspiration, in addition to absorbing carbon dioxide, reducing noise, and providing raw materials for buildings, food, and medicine. The presentation will be followed by a booksigning.

This event is free and open to the public, but RSVP is required. Please enter the Garden through the Mosholu Entrance, 2950 Southern Boulevard, Bronx, NY 10458, and check in at Ross Hall.

A well-known author, Jonathan Drori is also Trustee of The Eden Project, Ambassador for the WWF, and Chairman of Ravensbourne University, London. Previously he was Trustee of the Royal Botanic Gardens, Kew, and the UK Woodland Trust, and a BBC science documentary film-maker. He has given several TED talks on scientific and botanical themes ranging from pollen to the sex-life of flowers and in 2006 he was awarded a special honor by Her Majesty the Queen. 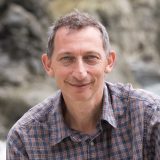