Get to know the owls, woodpeckers, chickadees, herons, and countless other bird species that share the city with us. Take part in bird walks, live music, crafts, and conversations friendly for beginners and experts alike throughout the day.

Take a Bird Walk with Experts

Hop into tours of NYBG’s diverse landscape with some of NYC’s top birding guides. As you go, learn why NYBG is such a vital haven for a great variety of species year-round.

10:00 a.m. – Birding and City Wildlife with Gabriel Willow
Gabriel Willow is an environmental educator, an ecologist, and an urban naturalist who lives and works in New York City. In particular Willow is known for his birding tours and city wildlife tours, which he has led since 1999, through the parks, gardens, and waterways of New York City. Follow Gabriel on Facebook and on Twitter at @GabrielWillow.

11:00 a.m. – Birding for Beginners and Families with Jeffrey Ward
Jeffrey Ward is a science communicator who is focusing on protecting birds and their habitats. Working with and leading walks for New York City Audubon, he strives to teach people about the wildlife around them. Follow his birding adventures on Twitter @JeffreyMWard.

11:00 a.m. – Birding for Photographers with Debbie Becker
Debbie Becker has been The New York Botanical Garden’s resident bird expert for over 25 years, and continues to lead her popular Bird Walks on Saturday mornings throughout much of the year. She maintains Birding Around NYC, where readers can find photo galleries of recent NYBG bird walks and up-to-date lists of species seen during each outing. Follow Debbie on Twitter @DebbieBecker1 and on her website. 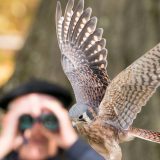 Make your own beautiful window decals to keep birds safe, and craft other fun items from recycled materials with Materials for the Arts, NYC’s premier reuse facility.

Materials for the Arts (MFTA) aims to build relationships with the New York City arts, culture and educational communities by teaching the value of Creative Reuse and supplying endless donated materials for art making. The goal is to make a larger impact on the global carbon footprint through sustainability practice in creativity. 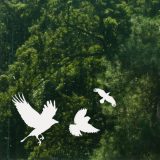 Meet the Birds of NYC

Get up close during presentations by Wild Bird Fund staff, who rehabilitate the majestic owls, falcons, hawks, and other birds that nest in NYC. 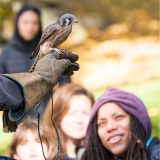 For the Birds: Performance & Conversation

The voices of cello and birdsong remind us of our interdependence, and the importance of maintaining avian habitats. A discussion follows the performance, inviting representatives from organizations championing our city’s birds to talk about conservation and habitat protection in New York.

Amanda Gookin, Cellist
Adventurous cellist Amanda Gookin champions the future of music through bold performances of new works, and a dedication to education, culture, and community engagement. She is the co-founder of the innovative string quartet, PUBLIQuartet, specializing in new music performance and improvisation. Amanda serves on faculty at Mannes School of Music and SUNY Purchase, leading courses on career development and women in music and was a speaker on music and activism at TEDxMidAtlantic. Her initiative, the Forward Music Project, commissions new works for solo cello by today’s forward-thinking composers that explore the female experience and encourage social change for women and girls.

Dr. Christine Sheppard, American Bird Conservancy
Christine Sheppard earned her B.A. and Ph.D. in Ecology and Evolutionary Biology at Cornell University. Her first job was in the Wildlife Conservation Society’s (WCS) Bronx Zoo Bird Department, where she started as curatorial intern and later served as Curator and Chair of the Ornithology Department. Her interest in finding ways to make window glass safe for birds led Dr. Sheppard to join the board of the Bird-safe Glass Foundation as science advisor in 2007. She is also conducting basic research into quantifying the effectiveness of different materials and glass patterns in preventing bird collisions. In 2009, she moved to the American Bird Conservancy as Collisions Program Manager and has recently published a revised, second edition of Bird-friendly Building Design.

Kaitlyn Parkins, NYC Audubon
Originally from Maryland, Kaitlyn grew up with one foot in the rural countryside and another in the urban landscape of Baltimore. This dichotomy has continued to drive her passion for urban ecology and urban wildlife conservation, concepts that to some people seem diametrically opposed. Kaitlyn began her career in the biological sciences by studying native plants, surveying monarch butterflies, assisting with songbird banding, and working in environmental education. In 2011 she moved to New York City to study ecology at Fordham University and completed her Master’s degree thesis work on the City’s urban bats. Kaitlyn first came to NYC Audubon in 2013 as an intern focusing on the Project Safe Flight program and she is thrilled to re-join the team as a staff conservation biologist. Her current research interests include animal migration and movement and innovative approaches to creating habitat in urban spaces.

Molly Adams, NYC Audubon
Molly strives to connect people to conservation of the natural world through education, outreach, and advocacy. As an avid bird watcher and novice bird-bander, the need for immediate conservation efforts for many species inspires her participation in NYC Audubon’s efforts for bird-friendly building legislation and other conservation policy actions at the local, state, and federal levels. In 2016, Molly founded the Feminist Bird Club, a bird watching club in New York City for LGBTQIA+ folks, women, and people of color. This club acts as a safe way for birders of all backgrounds and gender identities to get outdoors in urban areas while also fundraising for basic human rights. After a feature in The New York Times, versions of the club were started in Boston, Chicago, Michigan, Toronto, Seattle, and Buenos Aires—with more in the works.

Annie Novak, New York Botanical Garden, Moderator
Annie Novak is founder and director of Growing Chefs, field-to-fork food education program; the Manager of the Edible Academy at the  New York Botanical Garden, and co-founder and farmer of Eagle Street Rooftop Farm in Greenpoint, Brooklyn in partnership with Goode Green and Broadway Stages. She is the author of The Rooftop Growing Guide: How to Transform Your Roof into a Garden or Farm, published by Ten Speed Press. 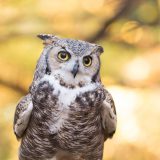 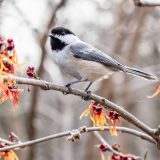