How the Founder of the British Museum Practiced Botany in Jamaica

Presenting his new book, Collecting the World: Hans Sloane and the Origins of the British Museum (2017), James Delbourgo explores how Sloane, founder of the British Museum, practiced botany in the slave society of colonial Jamaica during his time on the island in 1687–1689. Plant collecting, encyclopedic research, and extended processes of drawing figured heavily in Sloane’s botany, which drew on the knowledge of both planters and slaves, and culminated in the lavishly illustrated natural history of the island published in London in 1707–1725.

Delbourgo’s work offers important new perspectives on the complex relationship between world-wide scientific discovery and 18th-century imperialism. After the lecture, the author will sign his books in the Mertz Library.

Please enter the Garden through the Mosholu Gate, 2950 Southern Blvd., Bronx NY, 10458, check in at the LuEsther T. Mertz Library on the 6th floor of the Library Building, and join the coffee reception preceding the presentation at 10:30 a.m.

James Delbourgo is Professor of History at Rutgers University, specializing in the history of science, collecting and museum studies, and the Atlantic world.

Before moving to Rutgers, he taught at McGill University in Montreal. In 2016, he was visiting professor of History of Science at Harvard University and is an associate member of that department. In addition to his scholarly publications, he has written for the Los Angeles Review of Books, Cabinet Magazine, the Chronicle of Higher Education Review and The Atlantic. His book on Sloane and the British Museum, entitled Collecting the World, was published in 2017 by Penguin in the UK and Harvard in the US and named Book of the Week in the Guardian, the London Times, the Daily Mail, and The Week magazine. 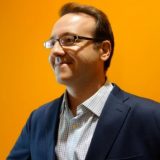