Historically, fungi were classified as plants. However, unlike plants, which produce their own food through photosynthesis (autotrophism), fungi must obtain nutrients from their environment (heterotrophsism). Additionally, fungal cells do not contain cellulose for structural support, but instead a protein called chitin, which is also found in the shells of arthropods. Today, fungi are classified in their own Kingdom.

The parts of fungi we commonly see above ground are the fruiting body of the organism. Underground, many threadlike hyphae extend in a mycelial network, absorbing water and nutrients and sometimes forming mutualistic associations with plant roots. Fungi are important in nutrient cycling, as they break down decaying organic material and make nutrients available for uptake by plants. Additionally, some fungi coexist in a symbiotic relationship with plant roots.

There are at least 500 species of fungi which can be found in NYC. The New York Mycological Society is a great organization which is constantly adding new species to this list, and hosts a number of field trips throughout the year for members.

Lichens are a partnership between a photosynthetic alga which produces food and a fungus which provides shelter. Highly sensitive to air quality, lichens were all but eliminated from New York City before regulations to curb pollution were enacted. Today, lichens have recolonized the City with nearly 100 species spread throughout the five boroughs, acting as bio-indicators of improved air quality. A checklist of lichen species in NYC reported from 1968-present was published in 2020. 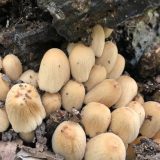 Guide to Fungi of NYC 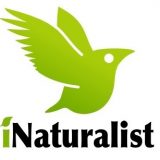 iNaturalist Observations of Fungi in NYC 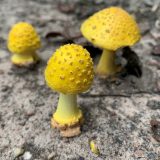 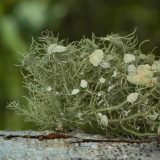 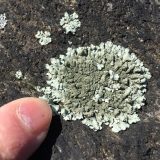 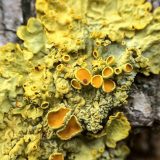 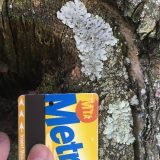