I am using field work, molecular systematics, herbarium studies, and morphometric analyses to clarify the taxonomy of Carex section Laxiflorae. I am also using these techniques to study the timing and causes for the present-day distribution patterns, in the process testing several competing hypotheses for the disjunctions. This work is important because of the undescribed species that remain in this group of sedges, and the unresolved nature of the classification of this group (both of which are unusual in North American sedges). In addition, this study of the evolution of disjunctions between North America and Asia will be the first one for the Sedge Family. 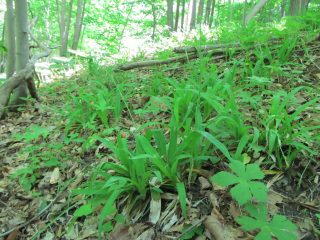