Popular Science: What are Frankincense and Myrrh?

Myrrh and its cousin frankincense are known to Americans today, if at all, through the Biblical account of the wise men. But Douglas Daly, a curator at the New York Botanical Garden and an expert in the frankincense and myrrh family, says the substances have a rich history far outside the boundaries of a single Bible passage.

In 1859, Charles Darwin finally published On the Origin of Species. Famous for his descriptions of Galapagos turtles and birds’ ever-changing beaks, the English scientist concluded, “from so simple a beginning endless forms most beautiful and most wonderful have been, and are being, evolved.”

Fast forward almost 160 years, and that quote is serving as the inspiration for a new project to digitize intriguing and, in many cases, endangered plants. Called “Endless Forms,” the initiative brings together 17 research institutions in an effort to scan and share two million plant specimens over the next three years. 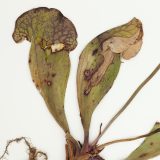 A Way to Garden .com: Taking Stock of our Native Flora and Newcomers, with NYBG's Robert Naczi

Dr. Robert Naczi is the Arthur J. Cronquist Curator of North American Botany at The New York Botanical Garden, where the classic reference to the plants of all or part of 22 U.S. states and five Canadian provinces is being fully updated, family by family, in a massive ongoing undertaking.

Margaret Roach talks with Dr. Naczi about how things have shifted in nature since the last edition 25 years ago, including the dramatic increase of established invasive plants in the landscape. Among other topics, they discuss native geraniums and orchids, and various surprising relatives of milkweed (including vinca!). 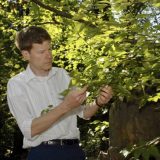 Science Magazine: This lily’s cousin is an ear of corn

As different as they may seem, corn, daylilies, towering palm trees, and diminutive lady’s slipper orchids have a lot in common. Now, a new genetic study published by 20 authors including NYBG’s Dr. Dennis Stevenson reveals why: Even though all of these plants are landlubbers today, their ancestor lived in water. 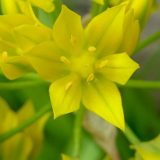 Scientist, hosted and produced by Toshiki Nakashige, is a podcast about people who do science. In separate episodes, NYBG’s Michael Balick talks about ethnobotany, collaboration, and chewing on ginseng, and Gregory Plunkett talks about phylogenetic analysis, naming plants, and Vanuatu. 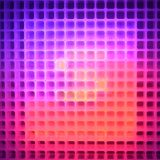 Since 2016, botanists and researchers at the New York Botanical Garden have been studying the genetics of ash trees, their distribution, and the differences between populations and between species.

Some trees may be more resistant to the emerald ash borer than others, and uncovering a genetic basis for such resistance could be key in developing a breeding strategy to stabilize ash populations.

But there aren’t enough experts, or enough resources, to do this work. Enter dedicated citizen scientists like Janet Wooten, who joined NYBG’s New York City EcoFlora project in April. After years in the corporate world, Wooten wanted to be outside, and she is the kind of committed, motivated, expert volunteer who brings invaluable energy to a project. 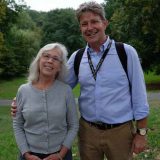 The New York State DEC and USDA are shining the spotlight on an invasive insect species that has shown up in Albany and Yates Counties. What do we know about the Spotted Lanternfly? 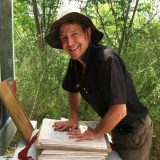 The Riverdale Press: Thanks to technology, some plants are no longer invisible

The author provides a one-year assessment of the NYC EcoFlora Project: “This is clearly a staggering project from the logistical standpoint, yet the various [Symposium] presentations showed tremendous progress in just one year…one of the happiest surprises is how enthusiastically the public has responded.” 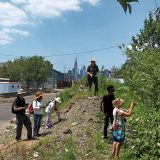 Smithsonian Magazine: On the Hunt for Unloved, Unstudied, Yet Super Important Lichens

NYBG lichenologist James Lendemer is one of the few people taking stock of one of the most peculiar lifeforms. The article follows James and NYBG graduate student Jordan Hoffman as they search for rare and interesting lichens on Long Island. 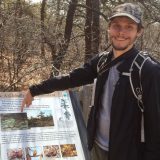 In an interview with Yale Environment 360, NYBG botanist Charles M. Peters discusses how, in an era of runaway destruction of tropical forests, the centuries-old ecological understanding of indigenous woodland residents can help point the way to the restoration of damaged rainforests.

NYBG’s New York City EcoFlora project is creating a one-stop, online database about the city’s ca. 2,000 naturally occurring plant species and their ecological roles. The project so far has attracted 730 volunteers armed with smartphones who’ve hit the streets for the quest.

In the far reaches of the South Pacific lies the country of Vanuatu, a small cluster of islands about 1,600 miles east of Australia. This hard-to-reach archipelago covers an area smaller than Hawaii. Despite the country’s minute size, its islands are immensely diverse.

Vanuatu has one of the highest language densities in the world (112 to be precise) and its forests are teeming with a rich array of local plant life. The country’s plant diversity has never been fully recorded, however, and the country’s rapid industrialization is putting local plant knowledge at risk. So, for the past five years, a team of researchers led by the New York Botanical Garden has been working on a project to document the country’s plants, their names in local dialects and their indigenous uses. The researchers are finding that Vanuatu’s plant diversity and language diversity are intricately linked. In this podcast, I speak to Gregory Plunkett, a researcher from the New York Botanical Garden who is one of the project’s leaders, and Frazer Alo, a forestry student from Vanuatu who has been helping with their field work. 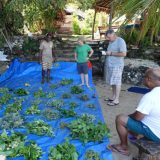 In Episode #23 of his podcast, Thomas Fraser talks with Dr. Brian Boom, vice president for conservation strategy at The New York Botanical Garden, about the history of the garden, conservation, creating a living museum and the value of long-term strategic plans.

While many organizations are managed with a particular focus on the next calendar quarter’s results, the time frame for planning at the New York Botanical Garden is a bit different. “The next quarter for us really means the next quarter century,” Boom says. “Long-term planning is the key to our success.” 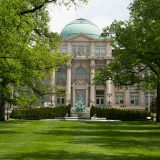 Article in Nature: Gymosperms on the EDGE

Driven by limited resources and a sense of urgency, the prioritization of species for conservation has been a persistent concern in conservation science. Gymnosperms (comprising ginkgo, conifers, cycads, and gnetophytes) are one of the most threatened groups of living organisms.

The authors of this article, including NYBG scientists Drs. Dennis Stevenson and Damon Little, use the Evolutionary Distinct and Globally Endangered (EDGE) method to rank gymnosperm species based on their evolutionary distinctiveness and the extinction risks they face. While this method has been used to study birds, amphibians, and mammals, this is the first such analysis done on plants, and the results highlight the necessity of using approaches that integrate evolutionary information in conservation science. 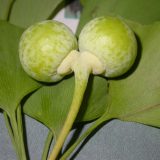 The July 6, 2018, issue of Island Life Magazine features the work of NYBG researchers Drs. Michael Balick and Gregory Plunkett. The article examines the importance of calendar plants, whose flowering or fruiting provide an indication of the change of seasons and cues for certain activities, such as gardening, hunting, and fishing. 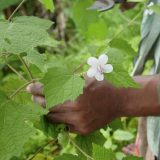 Martha Stewart: Healing Plants You Should Surround Yourself With

Imagine a location with a built-in natural apothecary that has healing potions, healthy CO2 balanced air, and energy that is blooming with so much positivity you can actually feel it. Welcome to your home with healing plants. Adding plants can transform your abode from just a place to lay your head to a certified zen den for all things self-care.

The author turns to NYBG’s Dr. Michael Balick to get the lowdown on the best plants with healing benefits. 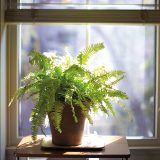 Popular Science: Mushrooms Might Save the World--If They Don't Kill Us First

Dr. Roy Halling is NYBG’s mushroom man. As curator of mycology, he splits his time between the lab and the field. On a tour of the Bronx-based herbarium, which houses almost 8 million specimens, Halling told PopSci about the kingdom’s incredible capacity for rot. 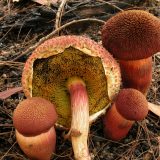 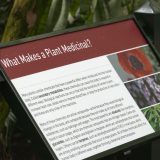 Eyewitness News reminds us that some of the most effective medicines come from nature. The story features Wild Medicine in the Tropics, an NYBG exhibit with nearly two dozen plants and trees along with information about how they are used to cure ailments. 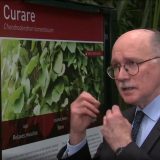 NYBG Ethnobotanist Dr. Michael Balick has been named the 2018 recipient of the David Fairchild Medal for Plant Exploration. The National Tropical Botanical Garden (NTBG) recognized Dr. Balick for a career spanning over four decades of botanical fieldwork and research around the globe. 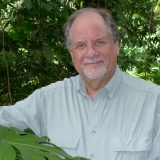 Through a combination of old and new technologies, researchers at The New York Botanical Garden have come closer to pinpointing the time and place of the first arrival of the Starry Stonewort, an invasive green alga that is spreading throughout the northeast and upper Midwest. 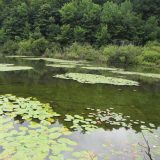 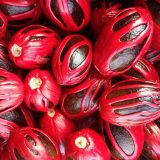 Return to News and Media