From the Field: Bill Buck in Cape Horn 2013, Day Three

Posted in Bill Buck, From the Field, Science on February 21 2013, by William R. Buck 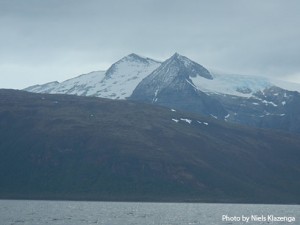 The engines of the ship start at 5 a.m. and, as promised, we get an early start toward our next site. Also as promised, the seas are relatively calm and the bunk room remains a seasickness free zone. I get up at 7 a.m., but when I get up to the galley it is still dark with sleeping crew (after all, their beds had been occupied by oil-body photographers until midnight) and the bathroom is occupied. I tried waiting on deck, but wind and rain chase me into the threshold of the galley where I stand quietly in the dark awaiting my turn. Since there isn’t much point in being up, I return to bed for a couple of hours until there is more activity. 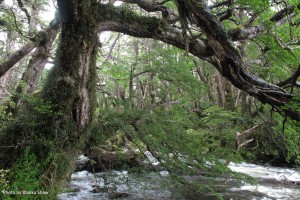 Last year we had a dedicated cook for the whole trip but this year we are told it will be a team effort among three members of the crew. We are initially somewhat apprehensive, but also know the crew themselves won’t tolerate poorly prepared food. It turns out we have nothing to worry about–the two guys who are primarily responsible for the food have proven to be better even than previous years. We get our first fresh bread for breakfast, which completely eliminates our last reservations about the food.

We reach our destination for the day in the early afternoon. This is our second repeat site chosen to show the new people a really mature southern beech forest. Only Laura and I have visited this forest before; it is special enough to show the others and to explore what might have been missed the first time. Much to our delight, the forest doesn’t disappoint. 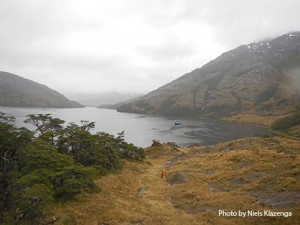 A steady light rain is falling, and almost right away I realize I have overdressed–it is quite warm and I am forced to keep my raincoat unzipped. The epiphyte load in this forest is incredible with its sheltered site and high humidity. I found this site rich last year and want to see what I might have overlooked. I also want a bit more time to look for lichens because my meager lichen collections from previous expeditions have already resulted in two genera new to science as well as several new species. In addition, a group of Spanish lichenologists published a treatment of the lichenicolous fungi a few years ago, so I want to try my luck at finding this group. Over and over I am excited to find the small black fruiting bodies on sick-looking lichens. I know I have collected multiple species and hope that I have managed to come up with some new species. 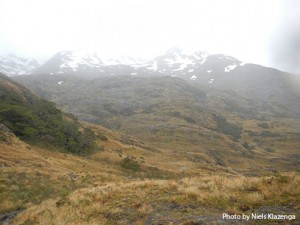 I have arranged for an early retrieval from the field in order to get my first shower of the trip. Although the water is only lukewarm, it is great to wash away the last two days of field grime. In addition I am able to get my specimens processed and put on the dryer, and remove yesterday’s collections before the others return. Most return early as the steady rain has increased in intensity and at least Paddy has found his raingear unsatisfactory (actually he used the word “wretched”). I trust everyone will get used to the weather because hoping for good weather in this part of the world will only result in disappointment! 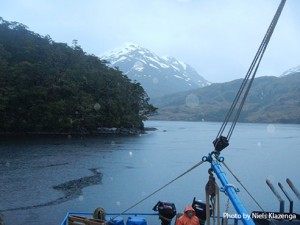 This will be the last site for at least a couple of weeks that will involve returning to sites from previous collecting trips. Starting tomorrow, as we move east, we move into new territory. I have seen many of these sites during visits prior to this flora project, but even Juan has never been to Puerto Williams, the provincial capital. There will be enough new sites to keep my interest up, plus each site will be new to the rest of the group. As we head east we move into drier and drier areas as we follow the precipitation gradient, so hopefully we will see somewhat less rain. However, this also means that we will see some interesting vegetation changes and can expect the ratio of mosses to hepatics to change in favor of the mosses. Needless to say, not everyone is as excited by this as I am.