The New York City EcoFlora project serves two complementary purposes: (1) to meaningfully engage New Yorkers in protecting and preserving the City’s native plant species, and (2) to assemble new, original observations and data on the City’s flora to better inform policy decisions about management and conservation of the City’s natural resources. The metropolitan area is home to a significant diversity of plants, animals, fungi, and habitats that provide such vital ecosystem services as cleaning the air and filtering the water. But this biodiversity is under increasing threat by development, invasive species, and a changing climate.

The project seeks to engage the public as citizen scientists to observe, collect, and compile information about the City’s plants and their relationships with other organisms, such as birds, insects, and mushrooms, and combine these data with all that is already known from natural history collections and scientific publications. The New York City EcoFlora is a real-time, online, ongoing checklist of plants—the first ever to connect plants in the web of life in New York City—that will result in a dynamic resource for conservation planning as well as in New Yorkers who are better informed about the importance of urban ecologies and who can contribute to protecting them. 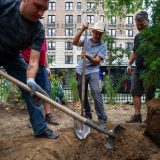 NY Times: She Wanted to Revive a Park, but first She Had to Take On the Rats

Aleya Lehmann grew tired of watching Verdi Square decay over 16 years—the park was so bad that it became known as Vermin Square or Rat Park. So, Ms. Lehmann gathered a small group of like-minded volunteers to beautify the small slice of the Upper West Side for themselves.

Daniel Atha, a botanist at the New York Botanical Garden who lives near the park, joined the group after meeting them at a volunteer drive. He convinced Ms. Lehmann that instead of boxwoods, she and her fellow volunteers should plant native species, which would attract pollinators, insects, and create a waypoint for animals, and humans, between Central Park and Riverside Park. “This is a community garden, with the parks department, but instead of vegetables, we’re planting for the birds and the butterflies,” Mr. Atha said while working in the garden last fall. 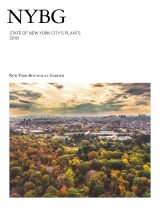 View and download the first publication of State of New York City’s Plants. If you need a higher resolution version, please contact us. 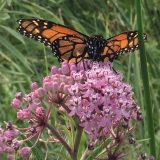 Each month, NYBG EcoFlora will announce a new Challenge where we need your help to document the flora and fauna of New York City by taking and sharing photos via iNaturalist, an easy-to-use mobile App.

Learn more and participate in our newest EcoQuest Challenge

The NYBG Urban Naturalist Certificate Program equips you with the observation, identification, and documentation skills you need to become a citizen scientist and an effective environmental steward. Led by  a team of expert naturalists, you’ll use NYBG grounds and select New York City Parks as living labs to investigate the interrelationships between species and discover how our urban environment sustains those ecosystems. Learn More. 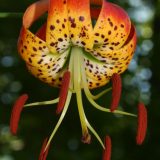 The New Manual of Vascular Plants

Interested in learning more about the region’s biodiversity? Check out The New Manual of Vascular Plants of Northeastern United States and Adjacent Canada, a project by NYBG and indispensable resource that provides new tools to identify plants in North America.