Phylogenetics and taxonomy of Ormosia

A Systematic Monograph of Swartzia

My primary research interests encompass the systematics, evolution, and biogeography of the Leguminosae, the floristics of the Amazon basin, and the evolutionary and ecological processes that generate and maintain tropical tree species diversity. For this work, I draw on a number of sources of information including DNA, morphology, collection locality data, GIS layers, and extensive fieldwork. I am inspired by a deep love of natural history and an intense fascination and concern that I have for the diversity of life on earth, particularly the diversity of species in tropical rainforests. With tropical ecosystems increasingly threatened by deforestation and climate change, I believe that primary biodiversity research has a fundamental role to play in stemming the impending extinction crisis by providing baseline data to conservation planners.

An overarching goal is to understand the historical, ecological, and evolutionary mechanisms that underlie the diversifications of species-rich clades of Neotropical trees. To this end, I am deeply involved in a long-term international collaborative effort to build a variety of biological datasets for the legume genus Swartzia, which has about 200 species distributed throughout the lowland Neotropics, particularly in rainforests. To date, we have produced the first phylogenetic hypothesis for the genus and have generated phylogeographical data for several clades of Swartzia. We are also compiling large taxonomic, morphological, ecological, and distributional datasets for all of the species of the genus and plan to collect data on breeding systems and chromosomal variation. These data will be used to revise the taxonomy of Swartzia and to test contrasting hypotheses about tropical tree diversification and the assembly of the neotropical flora. In addition to my work on Swartzia, I am co-leading a multi-institutional initiative, involving many Brazilian partners, to improve the floristic inventory of the basin of the Tapajós River in the Brazilian Amazon, with particular focus on the extensive system of federally protected areas in the region. The Tapajós basin is an area roughly the size of France with extremely high botanical diversity and pressing ecosystem threats. It is also one of the most botanically under-explored places on earth.

Torke, B. M. and Zamora, N. A. 2010. Notes on Swartzia (Leguminosae) in Central America preliminary to the Flora Mesoamericana, with descriptions of two new species from Costa Rica. Brittonia 62: 222–232.

Torke, B. M. and Mansano, V. F. 2009. A phylogenetically based sectional classification of Swartzia (Leguminosae-Papilionoideae). Taxon 58: 913–924.

Torke, B. M. and Schaal, B. A., 2008. Molecular phylogenetics of the species-rich neotropical genus Swartzia (Leguminosae-Papilionoideae) and related genera of the swartzioid clade. American Journal of Botany 95: 215–228. 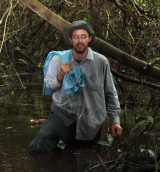 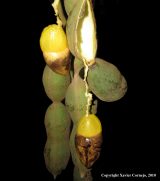