Raise a toast to the flavors of fall with a bevy of local breweries on NYBG’s Daffodil Hill. Purchase a souvenir sampling cup to explore what’s on offer, with unlimited samples of craft beers, ciders, and seltzers available, then join in on lawn games, relax to live music, and grab a bite to eat. While you’re here, don’t miss harvesting and fermentation demos with our visiting brewers—making for the perfect autumn afternoon out!

Advance purchase recommended to guarantee admission; events do sell out.

Tickets are for adults 21 and over. Tickets include all special weekend activities plus All-Garden Pass admission, which includes access to the Enid A. Haupt Conservatory, Tram Tour, and more. In the event of inclement weather, Bales & Ales will be held on Sunday, September 25.

Pick up your NYBG souvenir 4 oz. sampling cup and sample some of the best local craft beers, ciders, and hard seltzers. 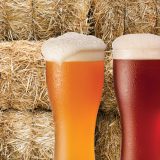 Live from the Lawn

Settle down among bales of hay on the lawn for music, games, and lite bites.

Bites
Enjoy a variety of delicious bites from off-the-grill offerings to refreshing drinks. 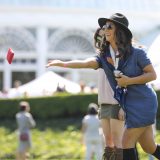 Hand in the Harvest

Learn how Broken Bow Brewery makes their beer from harvesting to packaging, and the steps in between! Grain to glass, Broken Bow’s passion for their craft reflects their commitment to quality, sustainability, and each other. Broken Bow Brewery is a family-owned and operated New York State microbrewery, the first of its kind in the Village of Tuckahoe. 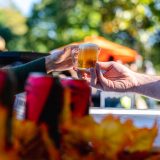 Save with the Young Garden Circle

Are you between the ages of 21 and 40, and want to get more involved at NYBG? Join the Young Garden Circle today for special opportunities to socialize, network, and enjoy the best of the Garden throughout the seasons.

YGC members and their guests may purchase discounted tickets to Bales & Ales and have the opportunity to enjoy our exclusive YGC Sip & Stroll event with access to our private space, scheduled premium beer tasting, and a guided walking tour. 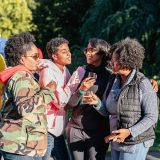