Posted in Inside our Collections , Plant Science on December 23, 2020, by Kristine Paulus 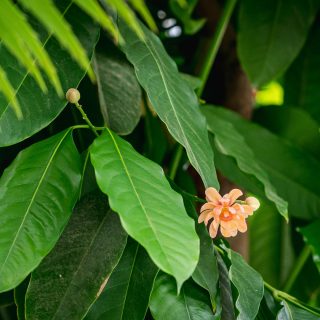 On December 13, a sunny and unseasonably mild Sunday, Marc Hachadourian, Director of Glasshouse Horticulture & Senior Curator of Orchids, was making routine rounds through the newly restored palm dome of the Enid A. Haupt Conservatory when he noticed something phenomenal: the Botanical Garden’s specimen of the rare Idiospermum australiense was in bloom! Not only had this tall tropical tree never flowered in Marc’s 20-year tenure at NYBG, it had not had a recorded bloom since 1990.

Considered by botanists to be a living fossil, this Australian tree has a fascinating history and significant importance in understanding the evolution of flowering plants. For many years, the lone specimen in the Haupt Conservatory was the only one known to have flowered in North America.

Restricted to northeast Queensland, Australia, with the largest remaining population in Daintree, this tree is sometimes called the idiot-fruit tree—a loose translation of the scientific genus name. It is the only species in its genus (known as monotypic), and the fact that this fascinating tree still exists at all is extraordinary.

The species was first collected and described by German botanist Ludwig Diels in 1902 after European-Australian lumberjacks observed a population of unusual trees and brought them to his attention. Diels originally named it Calycanthus australiensis due to similarities to members of the sweetshrub family in its floral structure. This specimen was deposited in the herbarium of the Berlin-Dahlem Botanic Gardens, where Diels later served as director. However, his collections were destroyed in 1943 during a World War II bombing raid by the Allies. As deforestation of the Daintree Rain Forest continued to make room for sugarcane farming, the plant was believed to have been driven to extinction.

After the mysterious death of several cows in 1971, an Australian rancher notified the police, thinking they’d been poisoned. Autopsies revealed large and unusual seeds in the cows’ stomachs. The Queensland Herbarium of Brisbane Botanic Gardens, Mt. Coot-tha, identified them as those of Idiospermum australiense. The highly poisonous seeds are also some of the largest in the world, and the second-largest in Australia after the coconut (Cocos nucifera); few animals can survive their ingestion. Because of their size and toxicity, there are no known dispersers of these seeds other than gravity, leading scientists to believe that an extinct species of large animal once foraged upon and distributed them. 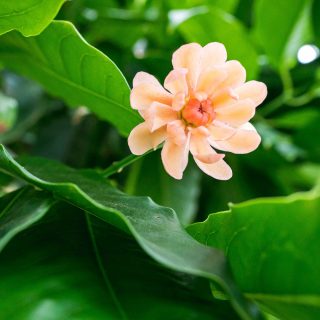 The Latin root Idio means “idiosyncratic,” and there are certainly some peculiarities to this species. The seeds contain between three and six cotyledons (embryonic leaves—most plants have one or two); have one of the largest embryos among angiosperms, or flowering plants; and can produce multiple shoots per seed. The idiot-fruit tree is also considered one of the most ancient flowering plants, giving it another common name: “green-dinosaur.” Its lineage can be dated to the oldest known fossils from 120 million years ago, and the plant has changed little since.

Today, it is one of the relict species studied by Garden scientists to understand the evolution of flowers and flowering plants.

Blooming high up in the canopy of the tree, the beautiful flowers of Idiospermum are reminiscent of its relatives, eastern and western sweetshrub (Calycanthus spp.), which have floral parts similarly arranged in spirals. Pollinated by small beetles and thrips, the flower buds open creamy-white and mature to a deep burgundy. The fragrance is similar to Magnolia (a distant relative), with hints of citrus and cinnamon—Conservatory Manager Christian Primeau even likened it to the scent of peach ice cream.

The green-dinosaur has just begun flowering in the palm dome, and we expect it to continue blooming for two more weeks. Since the discovery, NYBG’s School of Professional Horticulture student Alaina Mancini has collected and pressed plant parts and transferred them to the William & Lynda Steere Herbarium, and additional preserved specimens will be taken to the Garden’s Pfizer Plant Research Laboratory for future studies.

Having access to species like Idiospermum is a priceless resource for current and future research and just one of many excellent examples of the importance of the living collections at NYBG.

Do you have a food love story, meal you cook toget 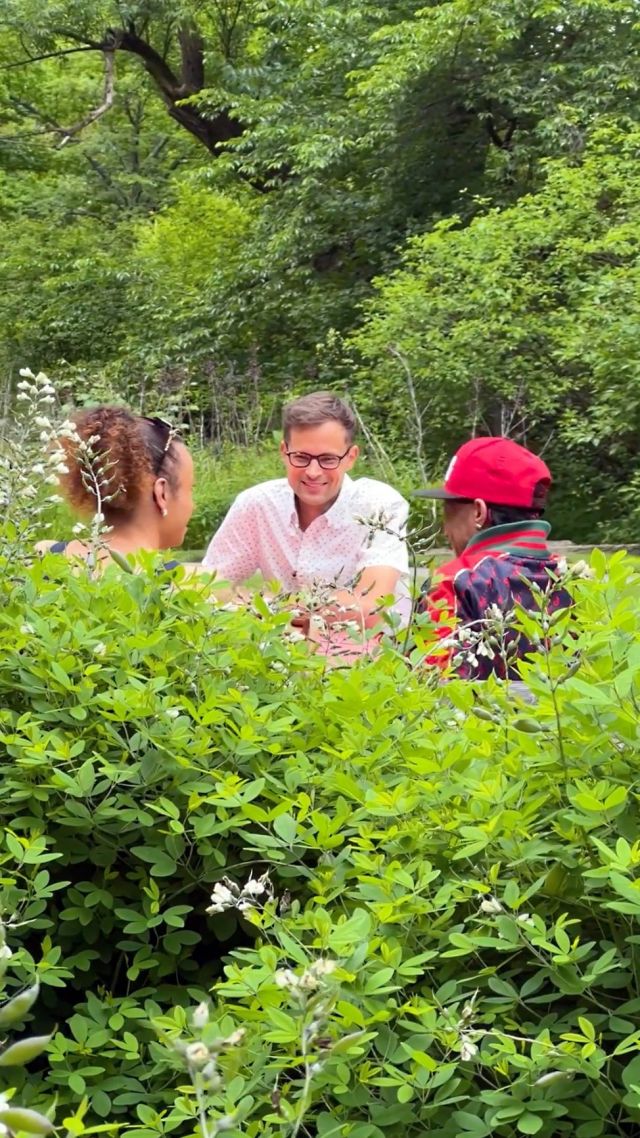 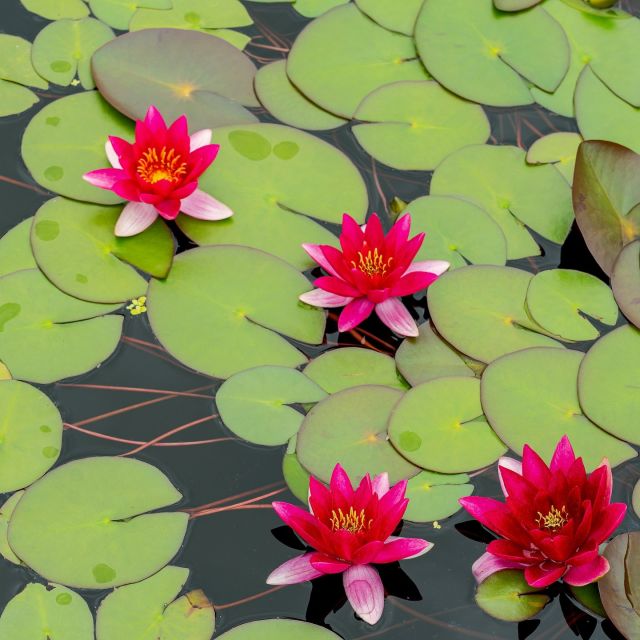 We're open today for the holiday weekend as we con 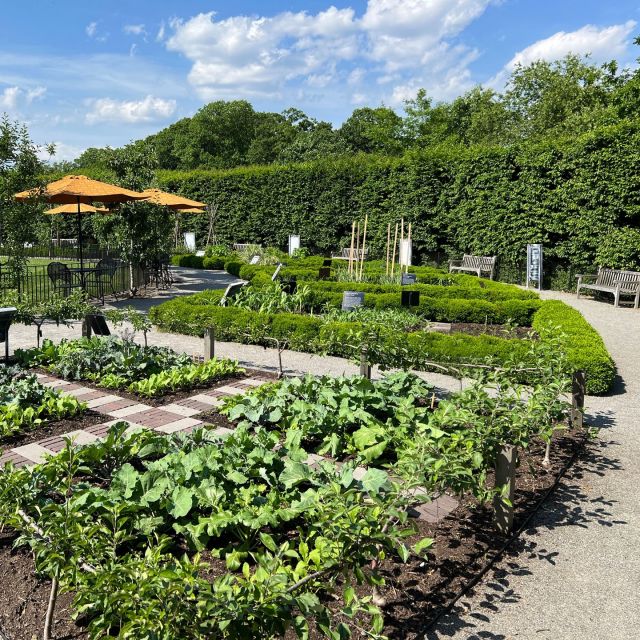 Not all fruiting trees fit the same mold—just as 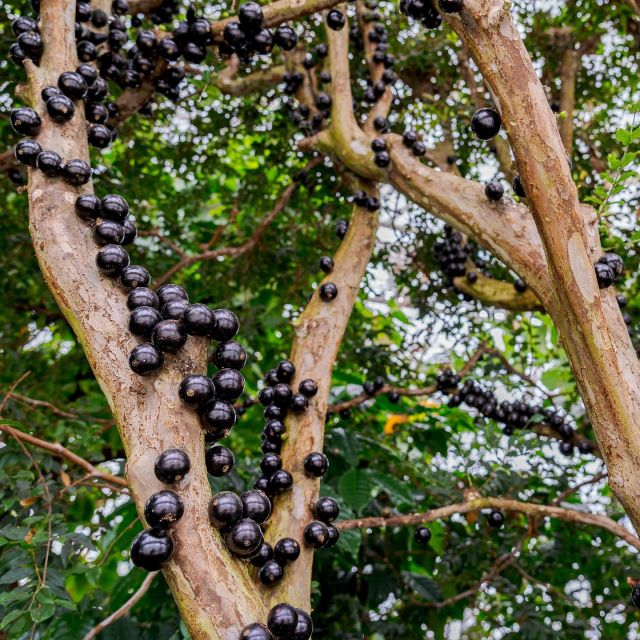 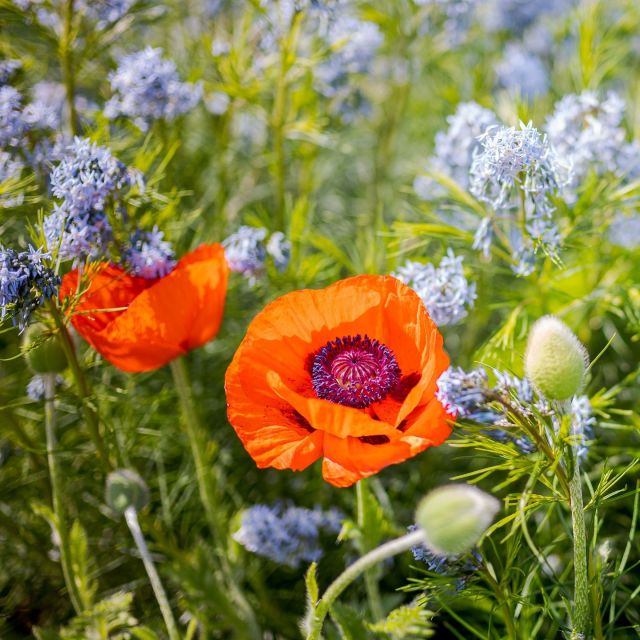 June is rose season at NYBG, and our Rockefeller R 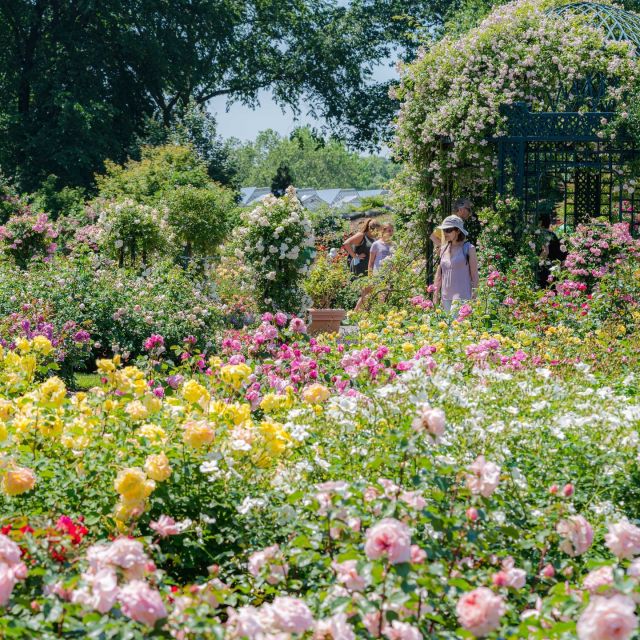 🌈 Happy #Pride from NYBG! Join us throughout 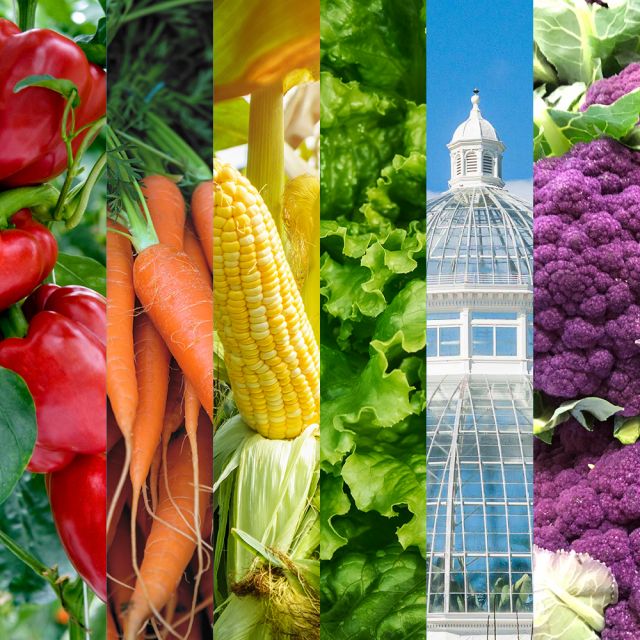 The kids of Stranger Things may have to face the f 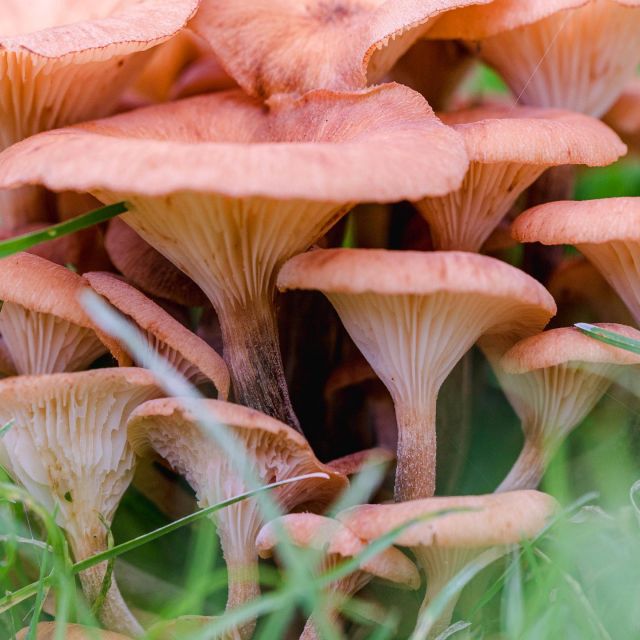 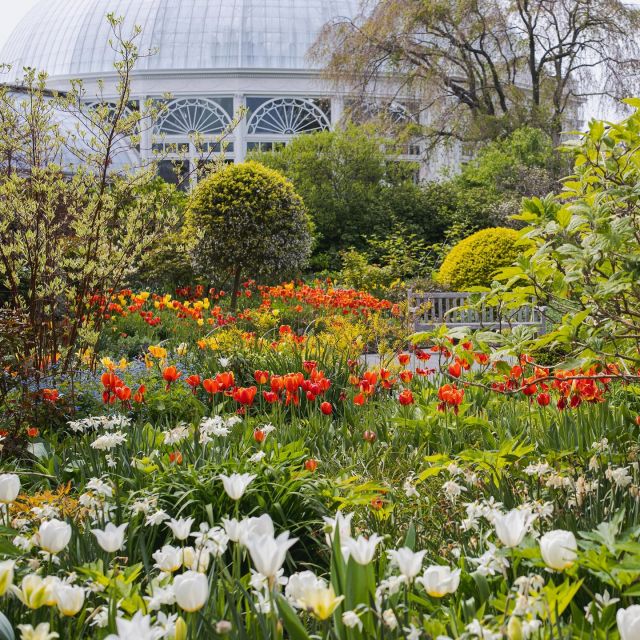 Have you heard the morning chorus of the American 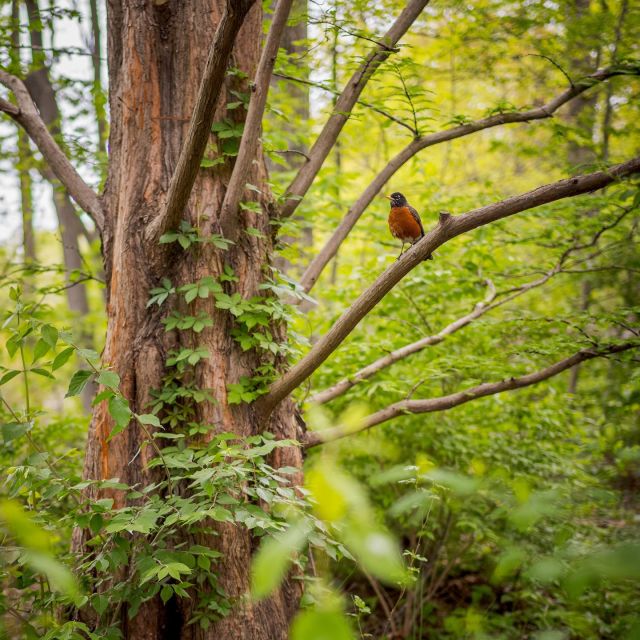 Want to be among the first to see Around the Table 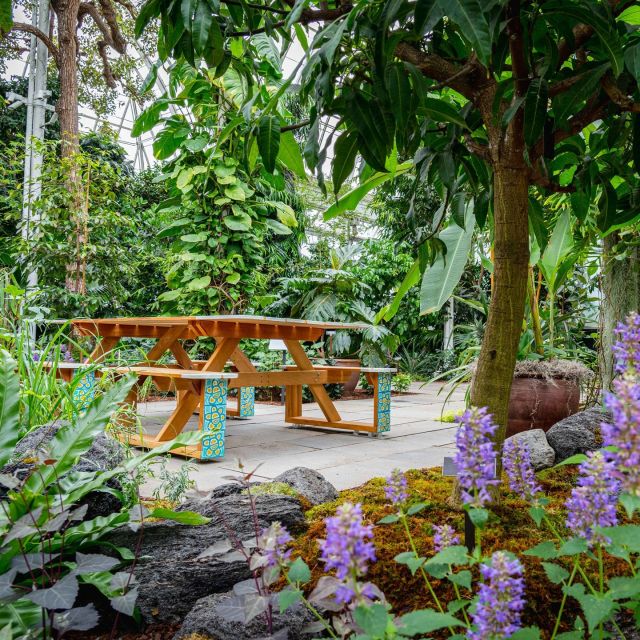 Spotted! Even high up in the trees, busy pecking a 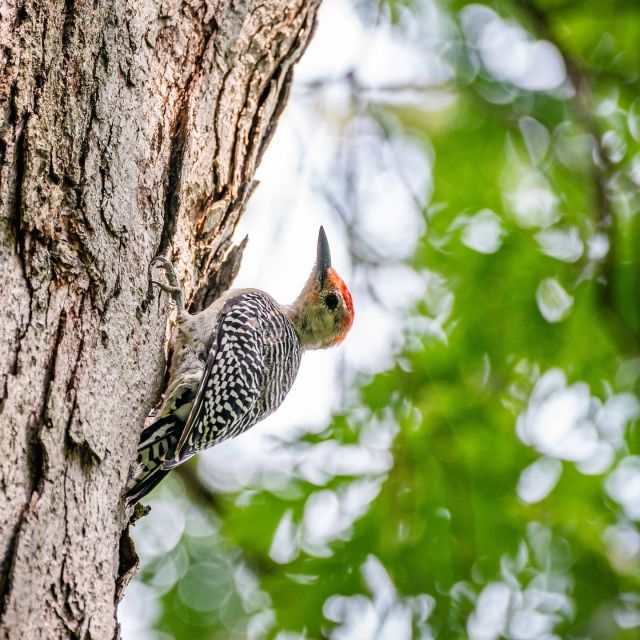