Posted in Inside our Collections on January 22, 2021, by Kristine Paulus 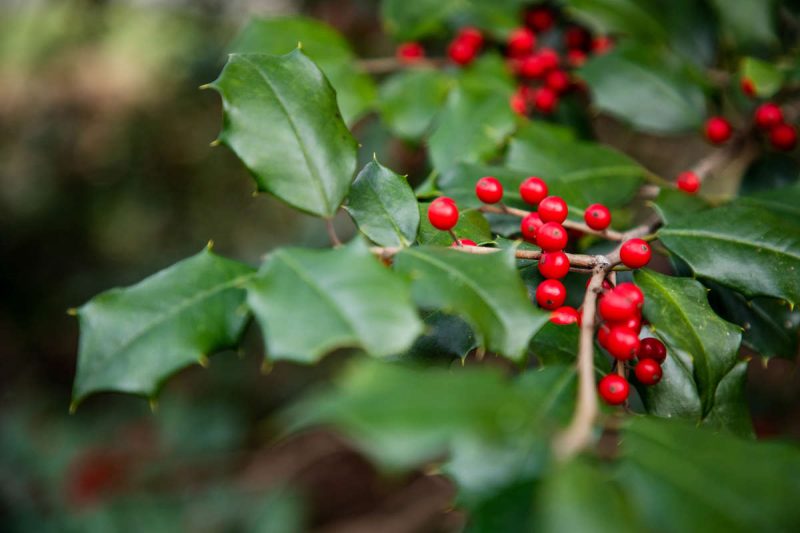 Ilex, the only genus in the family Aquifoliaceae, has a worldwide natural distribution, and is found on every continent but Antarctica. These plants are as diverse as they are widespread, growing in temperate to tropical zones. Fairly easy to grow, they are popular in both arboreta and home gardens, and their colorful fruit and ornamental foliage—frequently evergreen but not always—make them great plants for the winter garden.

Many of the more than 400 species are commonly known as holly. Hollies have a reputation for being evergreen and setting bright-red fruit (berry-like drupes), but there are a number of species that eschew this stereotype. Some plants are deciduous and some produce drupes that are white, yellow, or even orange. While their flowers are inconspicuous, they are often surprisingly fragrant and are quite attractive to bees. It is important to remember when planting hollies that they are dioecious (having separate male and female plants), and female plants need a male plant nearby in order to be pollinated and bear fruit.

Although hollies have year-round garden interest, winter is a great time to check out some of the following highlights from the collections: 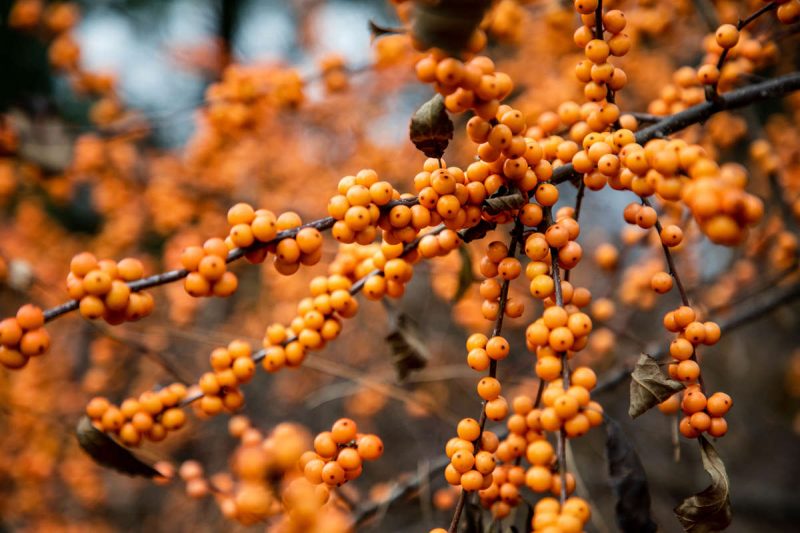 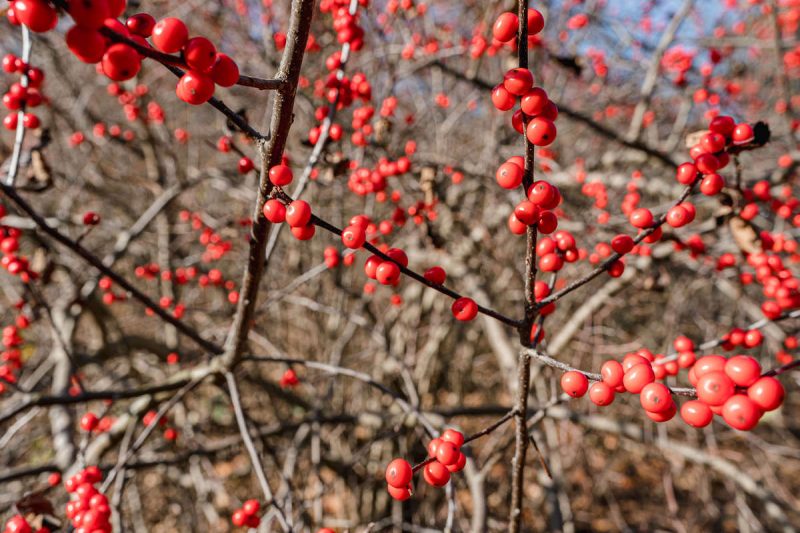 Truly a year-round joy to discover at NYBG, Ilex contains multitudes, a varied genus I encourage you to look for both indoors and out on your next visit to the Garden.