Marlon Co is the Photographer and Digital Media Manager at The New York Botanical Garden. 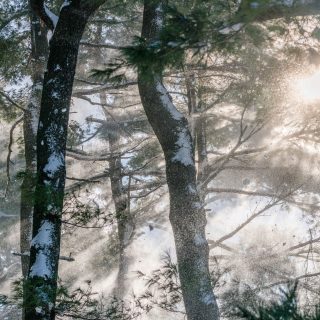 Sure, I get it. Winter is not exactly the happiest of times for some folks. We who enjoy this time of year may be a rare bunch. Compared to the warmth, fun, and light of other seasons, it’s a daunting seasonal challenge for those in higher latitudes, brought on by reduced sunlight, dropping temperatures, and cabin fever. Though my recent post, “Wondrous Winter,” showed some of the beauty one can find in the absence of snow, sometimes the little things aren’t quite convincing enough and I find myself saying this every winter: “If it’s going to be cold, it might as well be snowing.”

On that first true snowfall of January 7 this year, I ran into Vivian in the Azalea Garden, a long-time Member and new acquaintance I met last year. Bundled in our winter gear and masks, we almost completely passed each other by, no doubt mesmerized by the beauty surrounding us. In all her years visiting the Garden, it was her first snow day here. “Impossible!” I thought as I pondered how many other regulars were missing out on this experience. After we exchanged pleasantries, I left just as an icy blast of winter air whipped through the landscape, dislodging the powdery snow from the canopy above us. She took out her phone and started recording the snowfall glittering in the light. “That was the moment!” I yelled from a distance. As she turned, I could tell she was grinning from ear to ear, even from behind her mask and scarf. Earlier that day, I had a photoshoot with a staff member and her kids who were lucky enough to have the day off. We were creating content to encourage outdoor exploration in the Everett Children’s Adventure Garden and greater Garden grounds. I was in the zone shooting when a snowball hit me, and then another. Unfazed, I looked up from my camera to see the two kids laughing, pleasantly reminding me that even though I was working, I should be having fun, too. Life shouldn’t be so serious—it IS a snow day after all. 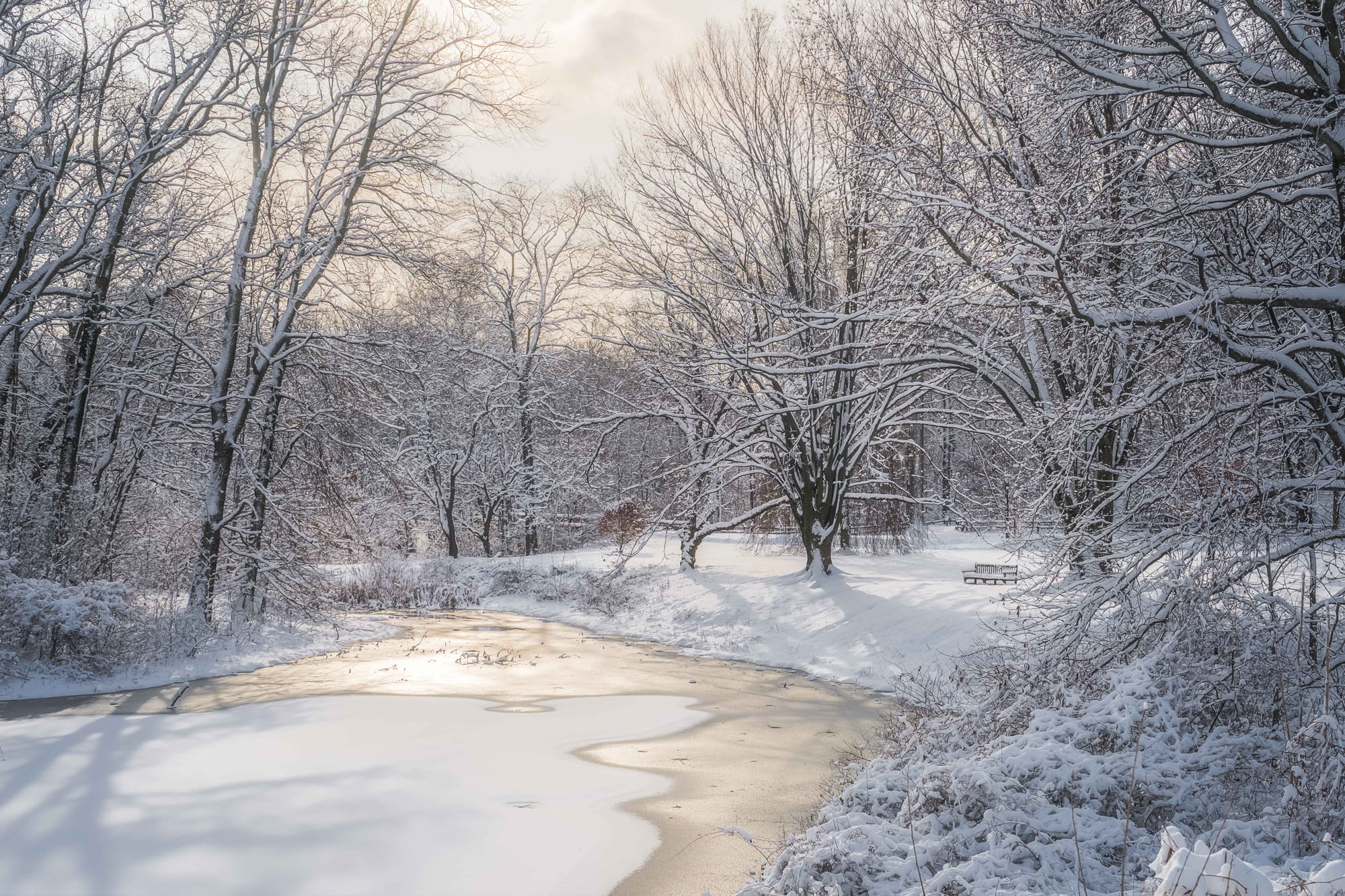 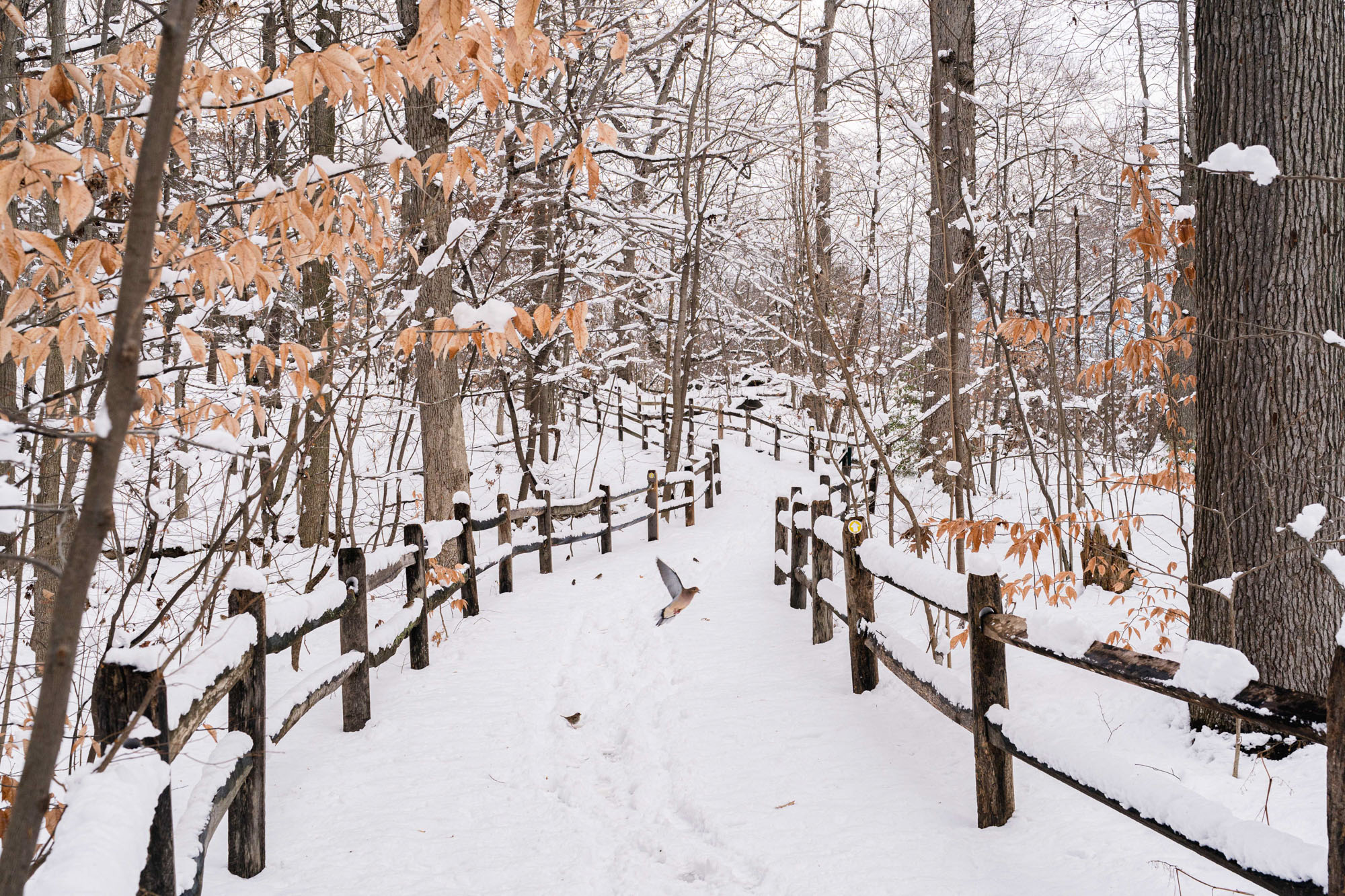 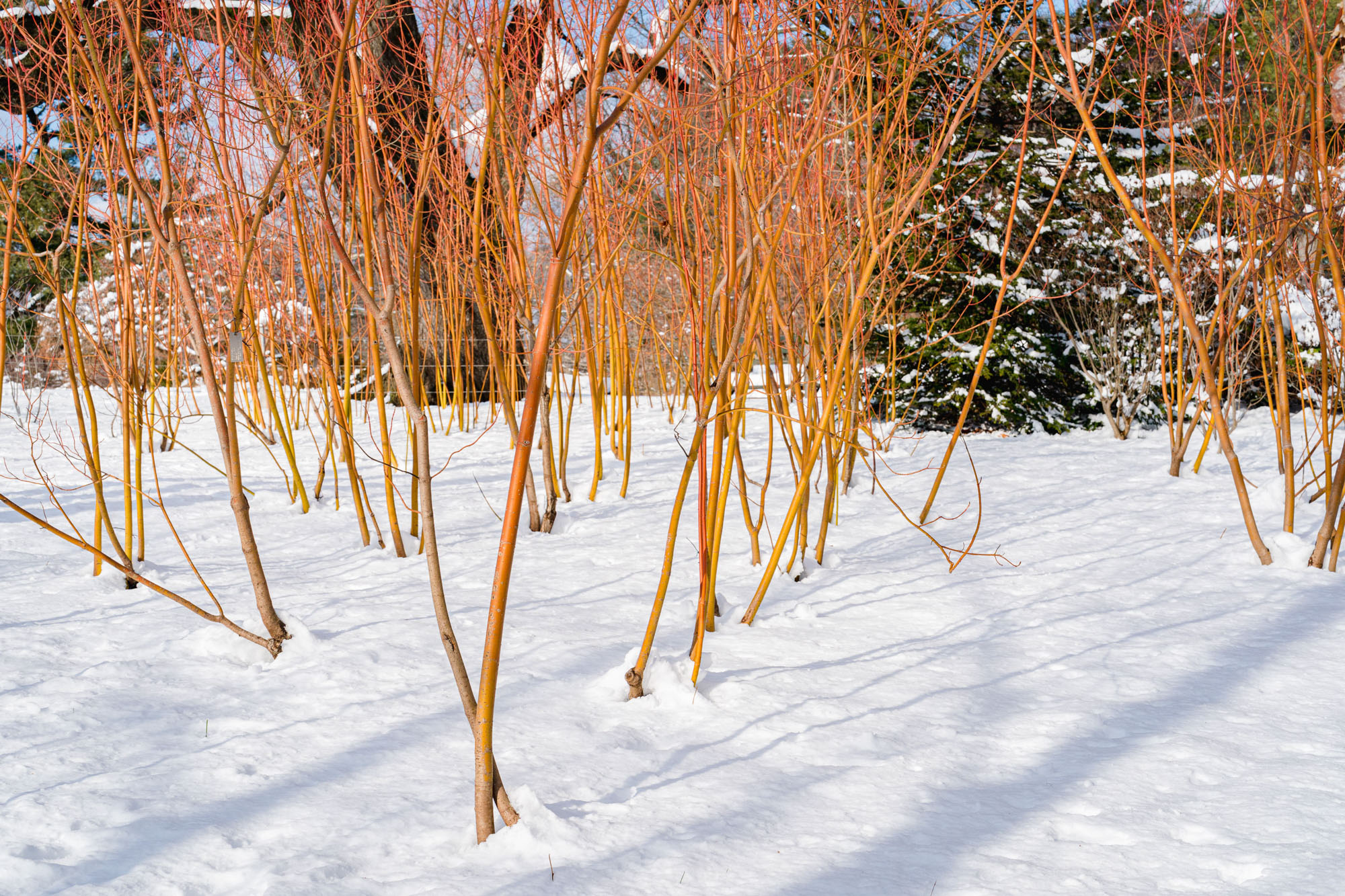 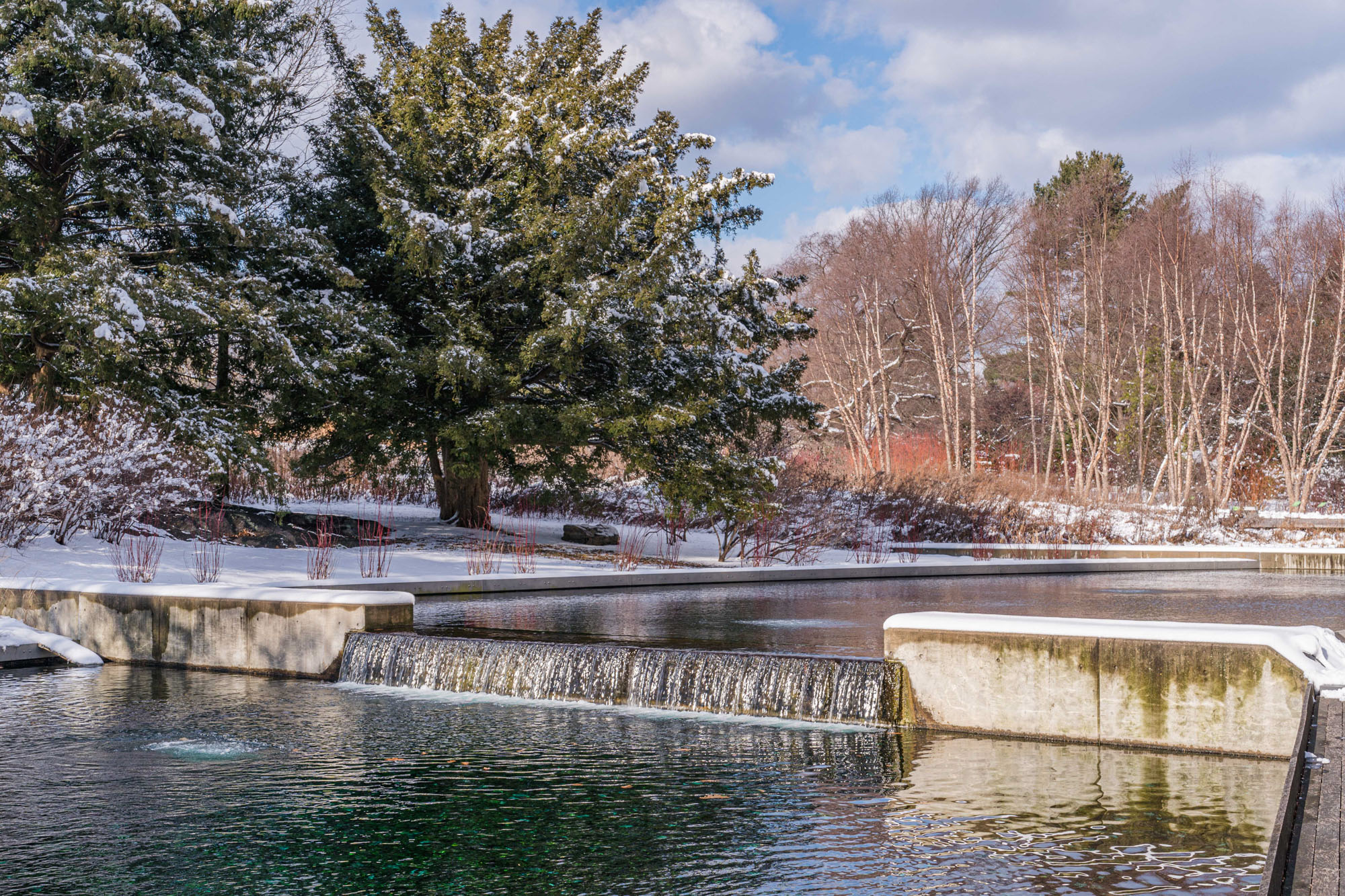 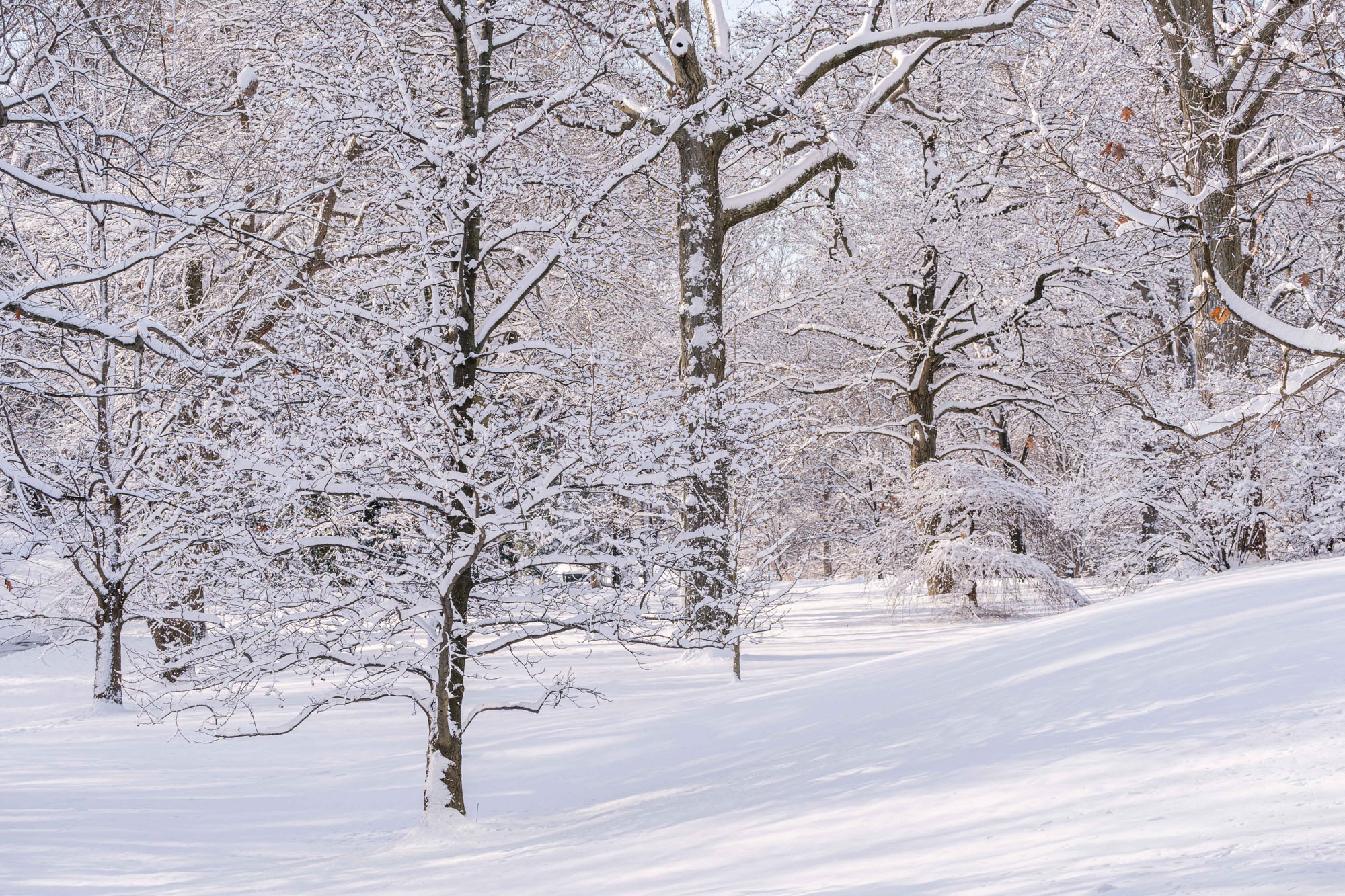 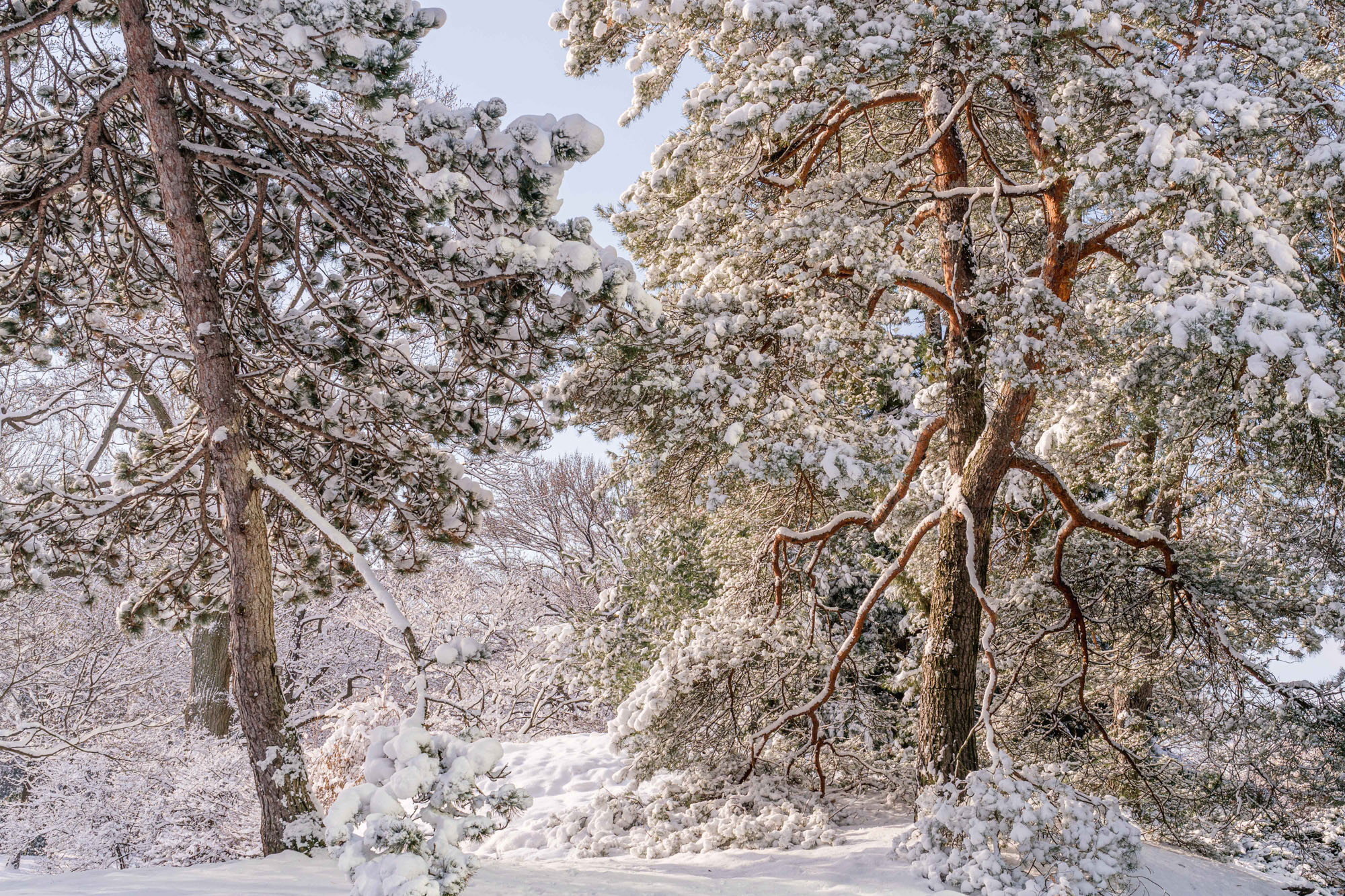 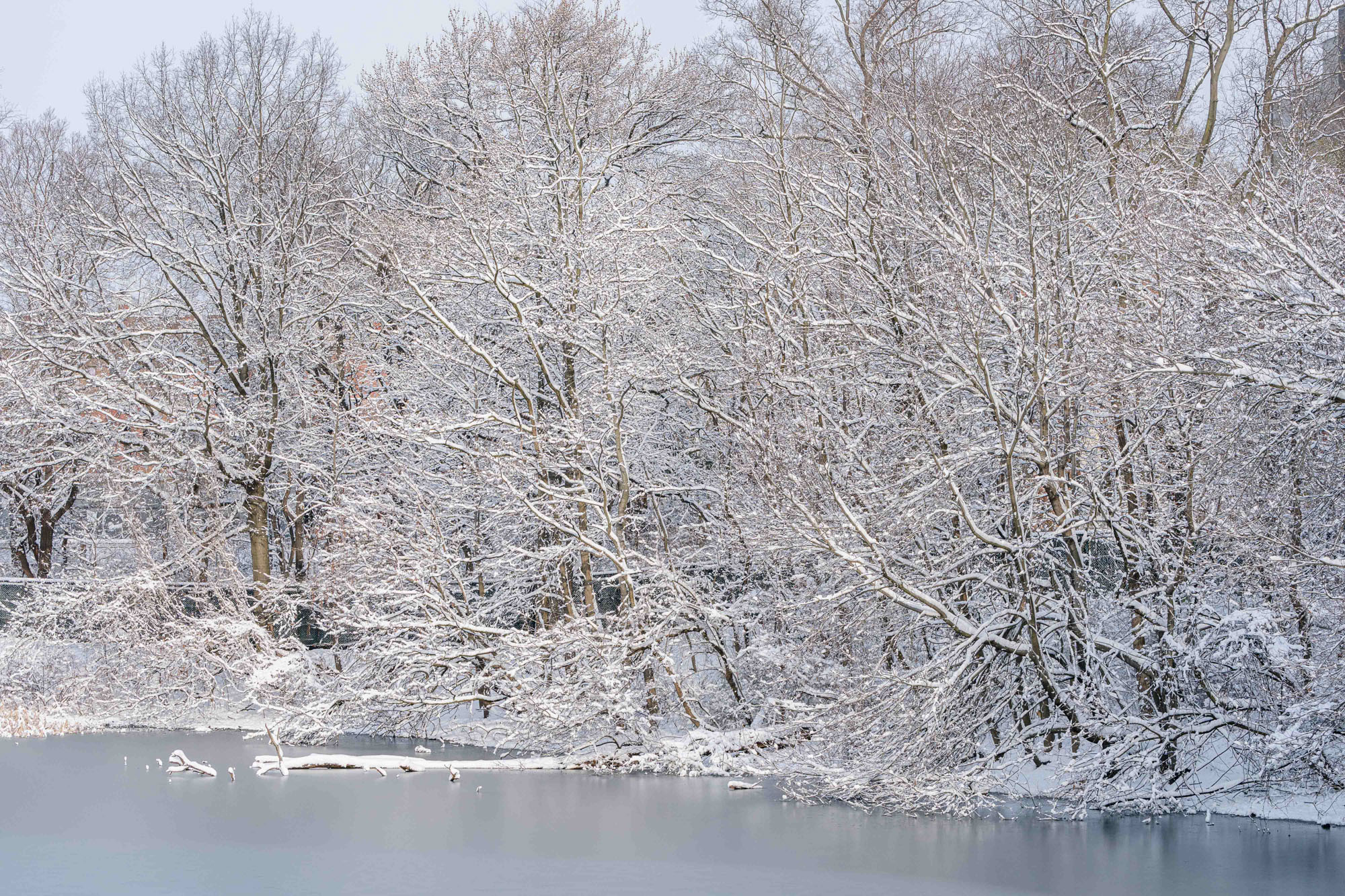 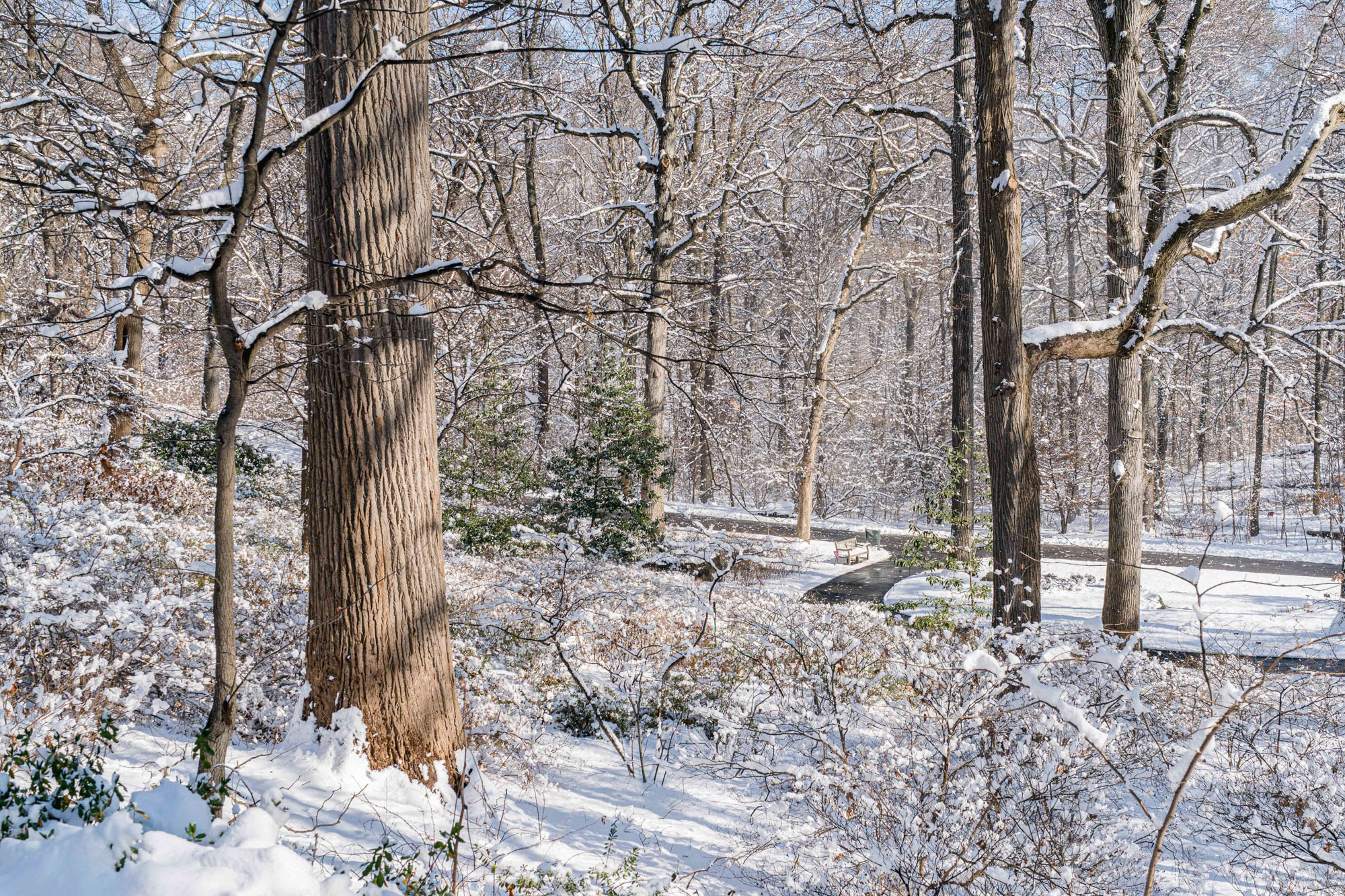 Reminiscent of childhood, whenever I would hear there was incoming snow, I’d monitor the weather reports vigilantly, hoping for nature’s magic to reveal itself as predicted. However, unlike my youth—and unlike most people, I’m sure—instead of wishing for a day off from school/work, I now hope for snow so that I CAN go to work and do what I’m best at. But it’s also an opportunity to have unadulterated fun for a change. Truthfully, as challenging as conditions may be for photography (frozen fingers anyone?), snow days at NYBG hardly ever feel like work, and perhaps that’s the way it should be. Do you remember how when you were young and all you wanted was to grow up? I feel there was a time in everyone’s lives when we felt like that, but now that I’m here, I wonder why so many of us were in such a rush to get to the seriousness of adulthood.

To me, a good snow day feels just like when I was a kid. Provided I am prepared and can travel safely, snow days are a time to go outside and reconnect with that inner child. If you’re lucky enough to have a good snow day (and an opportunity), take a walk, build a snowperson, have a snowball fight, and catch a snowflake on your tongue. You won’t regret it as you head indoors afterward, thinking, “What a great day!” with a smile on your face. While this winter hasn’t brought as much snow as in past years, I’m still holding on to the hope that we’ll get some more before winter comes to a close. There’s just too much fun to be had, and of course, so much of nature’s beauty to enjoy. If it’s going to be cold, it might as well be snowing, and if it’s snowing, you might as well have some fun.