Posted in Inside our Collections , Plant Science and originally posted on December 5th, 2019, by Esther Jackson 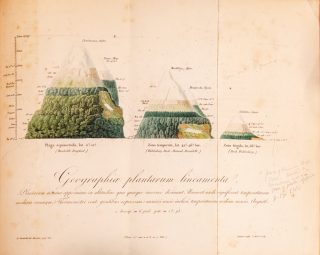 Nineteenth-century German explorer and scientist Alexander von Humboldt (1769–1859), a pioneer in all of these areas, is one of the important figures represented in the Library’s vast holdings. Humboldt’s De distributione geographica plantarum secundum coeli temperiem et altitudinem montium, prolegomena, published in 1807, contains a print concerning his ideas on the distribution of organic life on Earth. The print examines the interconnectedness of temperature, humidity, and altitude as they relate to specific vegetative zones—what he referred to as “Naturgemälde” or “painting of nature.” This work helped to launch a new era in western empirical science and global environmentalist thinking, including the idea of Earth as an entity in itself. This work by Humboldt represented an integrated and appealing approach of conveying information about Earth systems and geography alongside biological species information and distribution. In many ways it was a predecessor for niche modeling projections that scientists create today, both through field work and through assessment of historic texts—including those held by the Mertz Library.

In addition to its works on biogeography and related topics, the Mertz Library has the responsibility of collecting, storing, and making accessible works related to Earth’s vanishing species. In our collection, this primarily includes materials related to plant species, although certain works feature illustrations and descriptions of extinct animals, including birds. By sharing these materials with the public, Mertz Library staff both support scholarly research related to climate change topics and provide essential information to our community about the results of historic human mediation in the landscape. 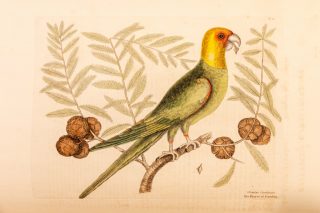 A work from Catesby’s The Natural History… (left)

One example of a work that contains vanishing species is The Natural History of Carolina, Florida, and the Bahama Islands; containing the figures of birds, beasts, fishes, serpents, insects, and plants (1754) by Mark Catesby (1683–1749). During his seven-year stay in America, Catesby explored the American south, sketching and collecting specimens of native plants and animals. He is credited as producing the first published work with colored illustrations and descriptions of North American flora and fauna. Catesby’s work was also the first to describe bird migration. Three birds depicted in The Natural History are now extinct. When this book was featured at a recent Library Open House in September, several visitors noted that what Catesby called Psittacus carolinensis, or “The Parrot of Carolina,” was one of these birds.

With works such as these, as well as many others related to taxonomy, floristics, climate change, and conservation, the Mertz Library provides valuable resources to those who are studying our planet’s changing patterns from both scientific and humanistic perspectives.

This article originally appeared as part of the Fall 2019-Winter 2020 issue of Garden News, NYBG’s seasonal newsletter. For further reading, view the issue online and discover a sampling of stories about current programs and undertaking at the Garden. 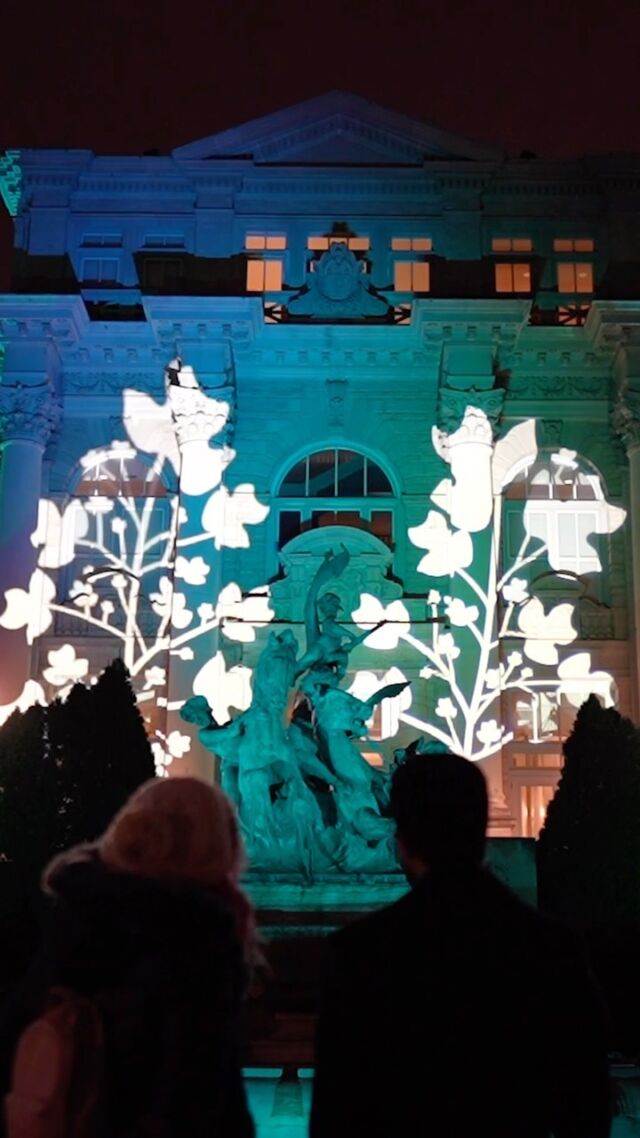