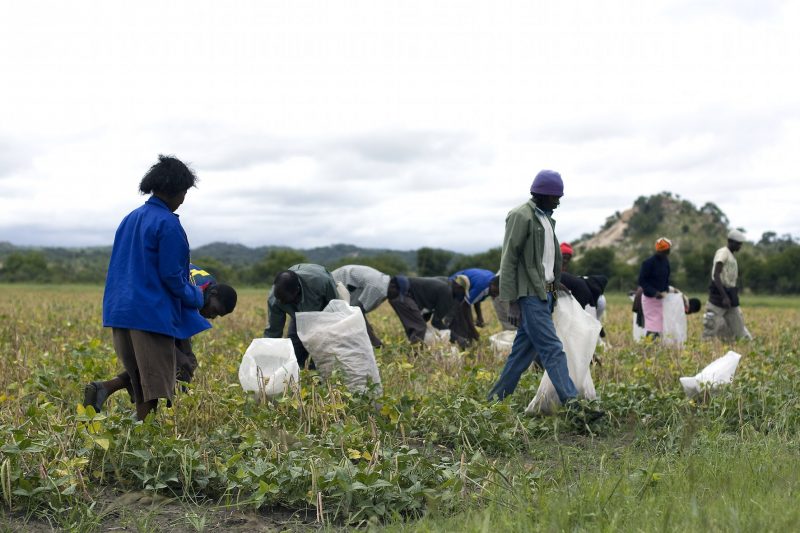 This is part two of a three-part series on cowpeas and the African Diaspora.

Genetic, historical, and archeological evidence suggests that cowpeas were domesticated in the Sahelian region of West Africa, and perhaps also in East Africa, several thousand years ago, that they spread to Egypt by 2500 BCE and were well known throughout the Mediterranean region in ancient times, including among the Ancient Greeks and Romans. They arrived in India by 1500–1200 BCE and in China by at least the 16th century CE. The earliest introduction of cowpeas in the New World is unclear. While some Mediterranean cultivars were brought to Mexico or what is now the southwestern United States by Spanish colonists in the 16th or 17th centuries CE, most of the early introductions were from West Africa and are closely associated with the Atlantic slave trade.

As a non-perishable, protein- and nutrient-rich food item widely available in West African ports during the slave trade, the dried seeds of cowpeas and other pulses (dried beans and peas) were a major portion of the scant provisions given to African people held captive under the horrific conditions of the “Middle Passage,” the crossing of the Atlantic Ocean aboard slave ships. Without the calories, protein, and nutrients afforded by pulses, the death rates among the captives, which typically ranged from 10 to 20 percent during the sea voyage alone, would have been even greater. According to one first-hand account from the 18th century:

“The diet of the [captive peoples] while on board, consists chiefly of horse beans boiled to the consistency of a pulp; of boiled yams and rice and sometimes a small quantity of beef or pork.”

Cowpeas may have been established in Brazil as early as the mid-16th century, the Portuguese having begun transporting enslaved Africans there in 1526, but such early records from South America are few and inconclusive. In Jamaica, cowpeas and many other cultivated pulses were well established in the plantations and gardens of the island when Hans Sloane, who had been appointed physician to the British Governor of Jamaica, visited in 1687–1688. In his 1707 account of his visit to Jamaica, he wrote:

“Peas, beans, and pulse of sorts different of those of Europe are here very common. They are eaten when green, as ours of Europe, and when dry, boil’d, afford the [Africans and people of African descent] very good and strong provision.”

One of the plants that he described was “calavances,” of which he wrote that among the pulses “they are accounted the sweetest, and best food of any of them.” In his use of the common name, he equated these plants with the calavances described in 1672 by the English botanist and privateer William Hughes, which Hughes described as a plant growing “in many places in America.” However, Hughes’ reference to calavances clearly refers to the chickpea, Cicer arientinum, the name having long before been derived from the Spanish word for them, garbanzo, which was initially anglicized as garvance. Sloane’s description of the Jamaican plant with its pod “almost round, clay colored, and almost straight, containing very many almost round straight peas, something resembling a kidney, with a black eye, not so big as the smallest field pea” and an illustration of the plant make it clear that his calavances are a black-eyed pea cultivar of cowpea. Sloane’s account is usually taken as the first definitive record of cowpeas in Jamaica and the Caribbean generally, although it seems likely that their cultivation there was established decades before Sloane visited the island.

Cowpeas were already present among Native Americans in what is now the southeastern United States by 1670, as attested to by preserved cotyledons (seed leaves) recovered during archeological excavations of a Creek Indian village at Fusihatchee in Georgia. It is not clear whether they were initially brought by early Spanish colonists or arrived on the North American mainland via importation from the Caribbean. Nonetheless, historical records from throughout the 18th century allude to the growing importance and widespread distribution of cowpea cultivation in the Southeast. While the descriptions of the plants are often ambiguous, some of these records clearly refer to cultivars of cowpea, such as the Dutch surveyor and naturalist Bernard Roman’s recalling of “the white black-eyed pea” and the “white crowder,” which he encountered in Florida between 1769 and 1773, and the French ethnographer and naturalist Antoine-Simon Le Page du Pratz’s mention of beans brought from Guinea (a region of West Africa) that he encountered in Louisiana during his residency there between 1718 and 1734:

“The [Appalachian] beans are so called because we received them from a nation of the natives of that name. They probably had them from the English of Carolina, whither they had been brought from Guinea. Their stalks spread upon the ground to the length of four or five feet. They are like the other beans, but much smaller, and of a brown colour, having a black ring round the eye, by which they are joined to the shell. These beans boil tender, and have a tolerable relish, but they are sweetish, and somewhat insipid.”

By the late 18th century, cowpeas were commonly being grown on plantations across the southeastern United States, where they were used mainly to feed enslaved laborers and livestock. As documented in letters to the Virginia planter Langdon Carter, George Washington requested that black-eyed peas be sent to his plantation at Mount Vernon in 1797:

“I hope, as the season is approaching fast when the ground should be prepared for that you have informed Mr. James Anderson (my manager) in letter directed to the care of the post-master in Alexandria, at what time he may send for the peas you were so obliging as to promise me.”

Cowpeas were also undoubtedly grown in the gardens or “patches” of the enslaved themselves, as attested to by the close association of rare cultivars of cowpea with particular extant cultures descended from the enslaved. One example of this is the case of the Geechee Red Pea and the Saltwater Geechee culture of Sapelo Island, off the coast of Georgia.

This is the second of three posts about cowpeas, their history, and the potential for herbarium specimens to help fill in some of the gaps in that history. A list of references and suggested reading will be included at the end of the third post.