Posted in Behind the Scenes on November 7, 2022, by Pamela Alvarez

Pamela Alvarez is the Compost Project Manager of Bronx Green-Up at The New York Botanical Garden. 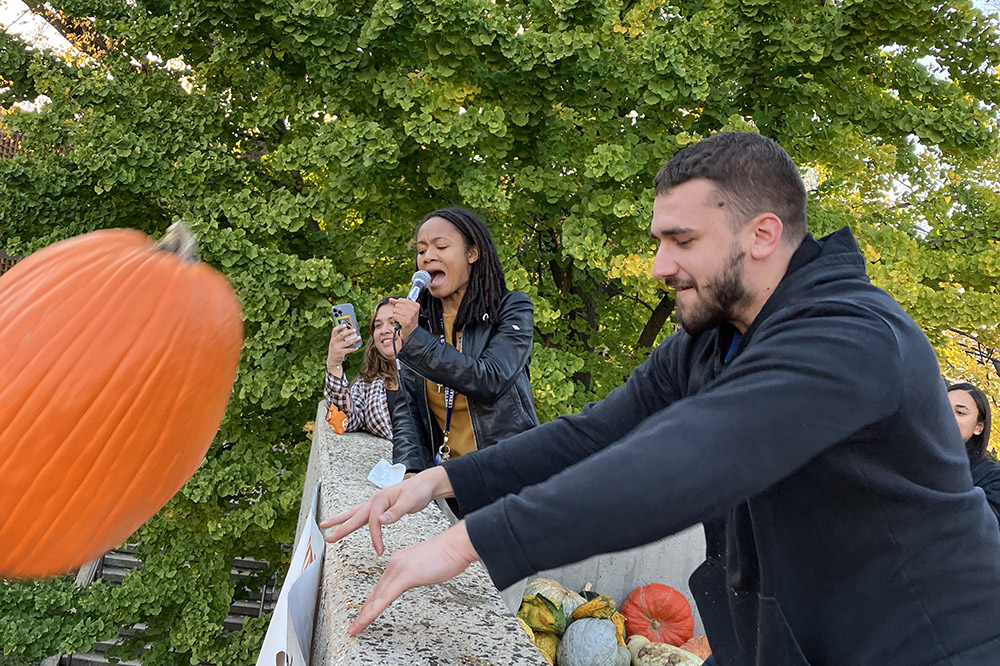 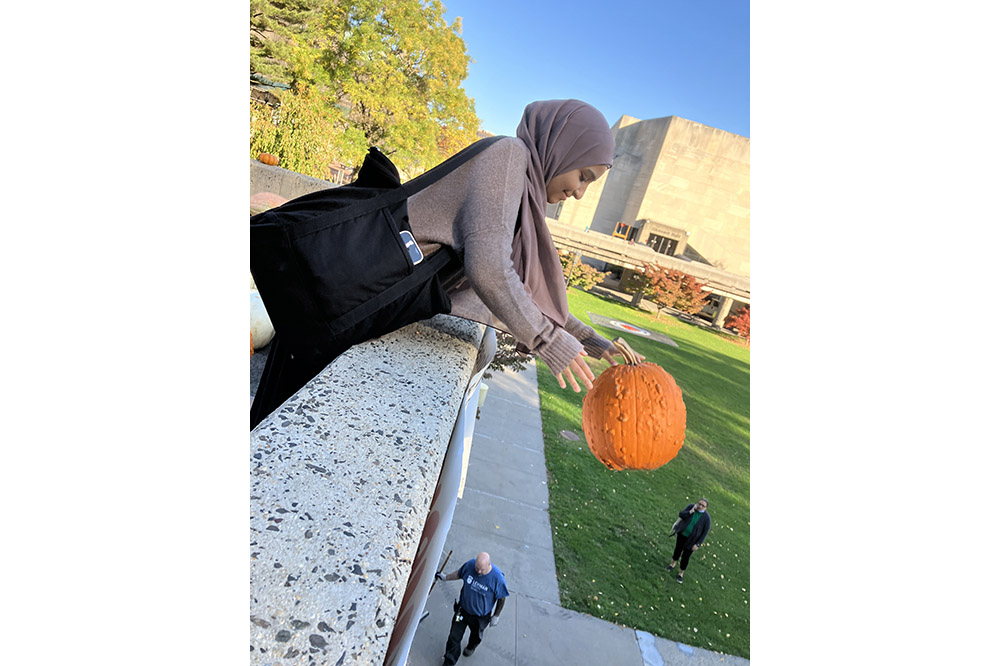 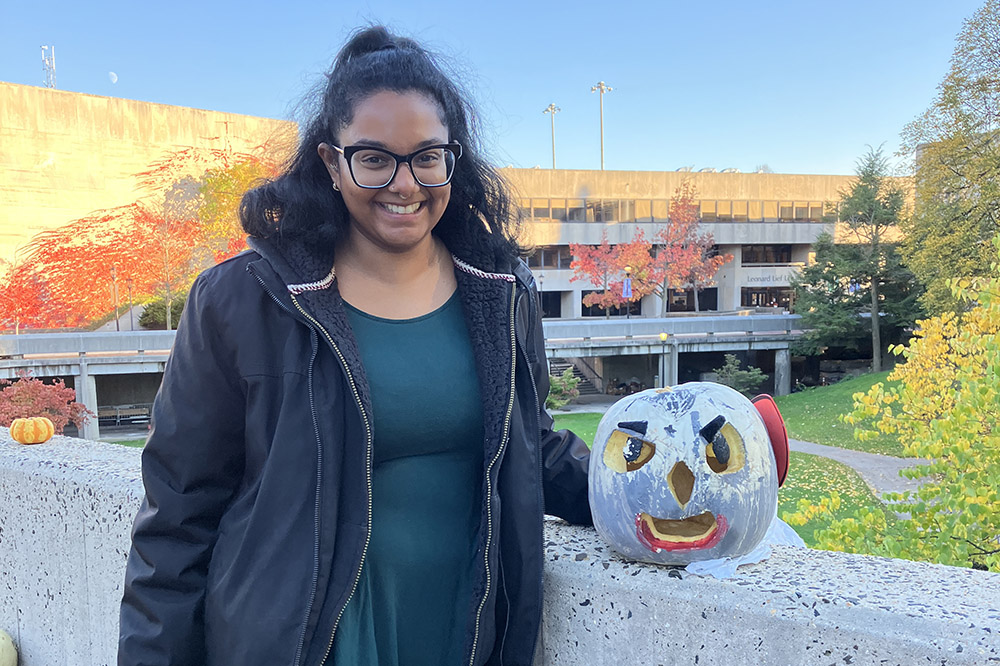 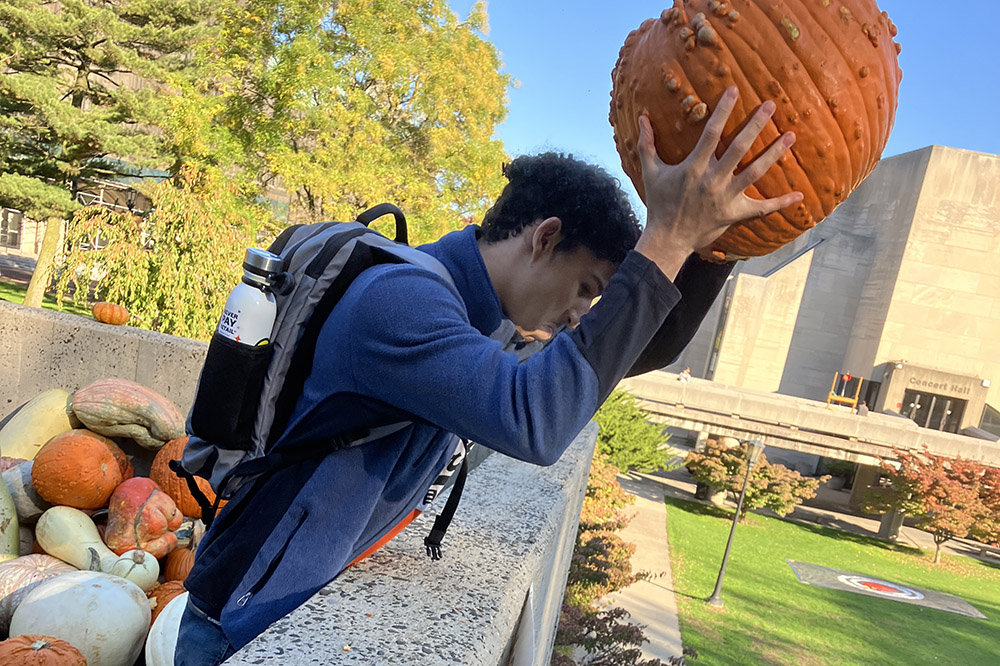 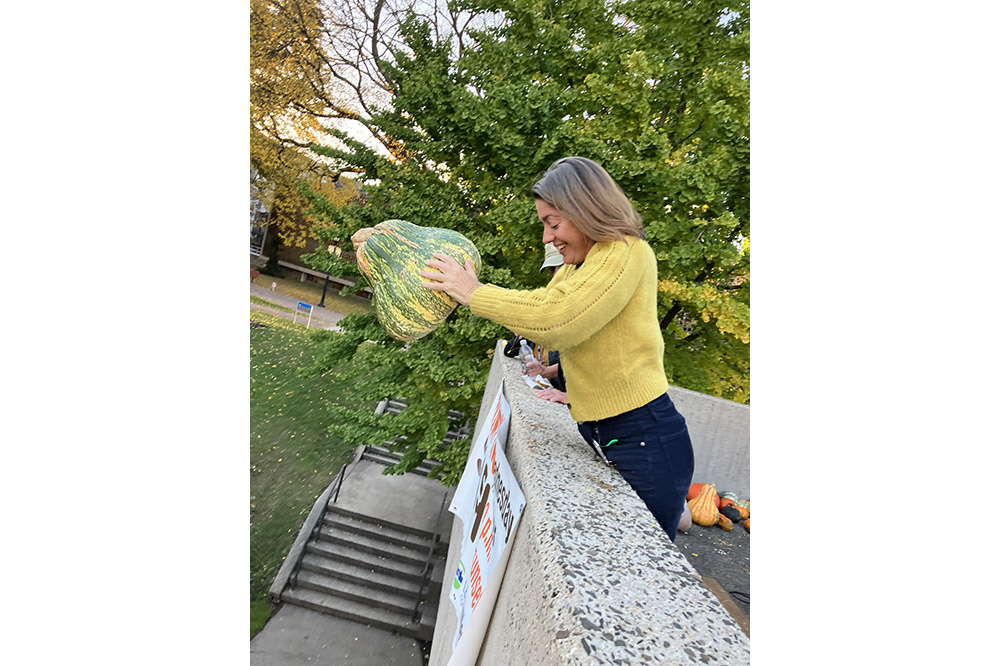 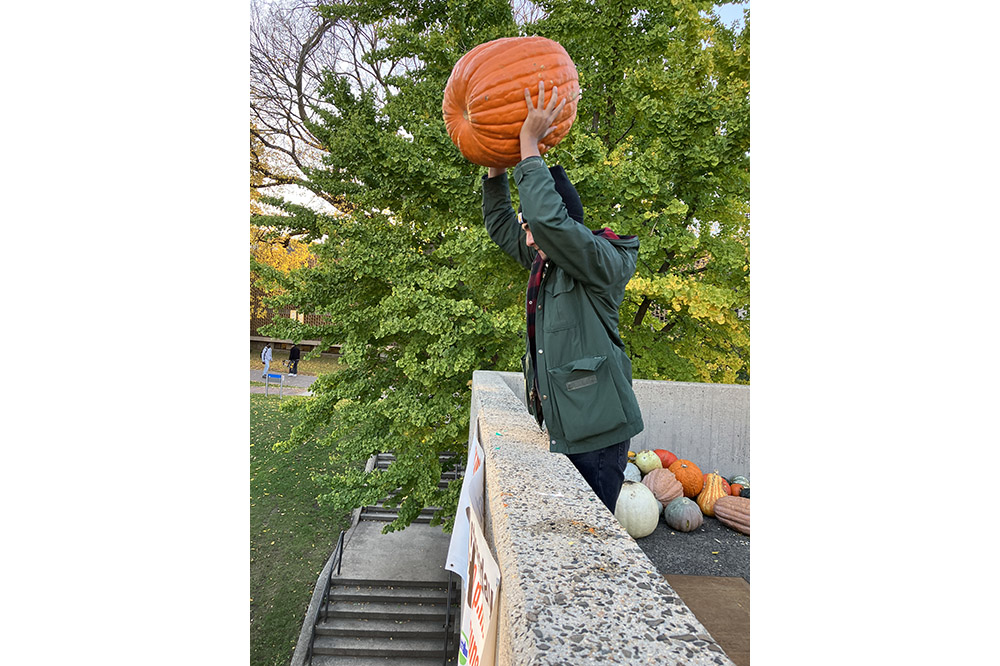 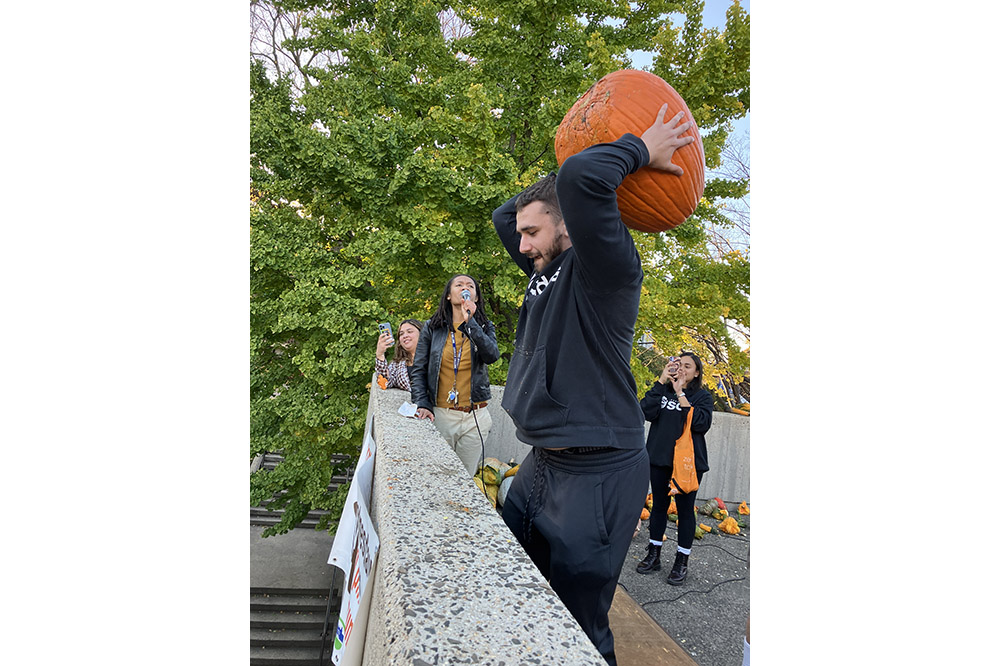 On Wednesday, November 2, Bronx Green-Up’s Compost staff hosted the annual Pumpkin Smash event at Lehman College. In keeping with its moniker, Pumpkin Smash invites participants to hurl pumpkins off a campus overpass and also features a powerful catapult where gourds are flung onto the campus’ quad. The smashed pumpkins get composted, then utilized on-site at Lehman College—diverting hundreds of pounds of organic waste from our landfills.

Among our many collaborations with our friends and neighbors at Lehman, this event enables us to bring NYBG’s display pumpkins for composting and food distribution. The event featured vegan pumpkin bread made by Lehman students, a bicycle pumpkin smoothie maker, pumpkin recipes, composting tips, and information about our Bronx Neighbors Program—and it attracted more that 250 participants from Lehman College and the Bronx community!