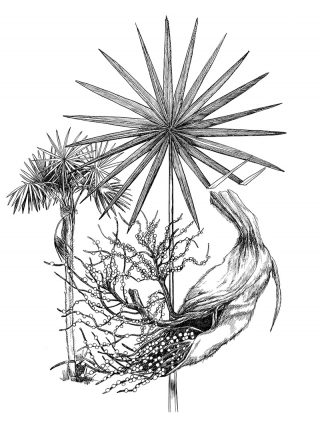 A new book that NYBG Curator Emeritus Andrew Henderson, Ph.D., and I have co-authored, Field Guide to the Palms of Belize, has just been published by The New York Botanical Garden Press. We have combined our interests in plant systematics and ethnobotany to produce a compact yet comprehensive treatment of the most visible and highly useful plant families in the Central American country of Belize. With notes on local uses, both historic and contemporary, the book is based on more than a decade of field studies, collecting specimens, and interviewing people about how various palm species are used for food, fiber, fuel, and medicine, and as part of cultural rituals.

The resulting book celebrates our partnership, which began four decades ago when, as students, we collected palms along the newly opened Santarém-Cuiabá highway in Amazonian Brazil on a field trip led by Professor Sir Ghillean Prance FRS—former Director of the Royal Botanic Gardens, Kew and, before that, NYBG’s Senior Vice President for Science. As he noted in the forward, “One could survive for a long time in the forest just from the bounty of the palms. . . . [They] provide all the building materials needed to build a home; offer many types of food, from palm hearts and fruits to cooking oils; produce fibers to craft a variety of utensils; and render numerous medicines. . . . It is wonderful that the small country of Belize has such a great diversity of palms.” 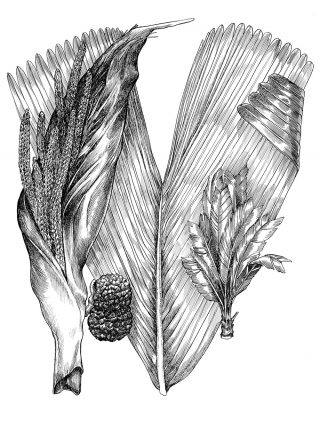 The Field Guide contains botanical descriptions, information about species’ range and habitats, and local common names for the 39 species and 25 genera of palms known to be found in Belize. Botanical keys provide the information needed to identify a plant’s genus and species based on its physical attributes, such as its leaves and fruit. The book also incorporates the results of a literature survey of previous studies.

In addition, most species descriptions are illustrated with beautifully detailed drawings by the noted artist Francesca Anderson, who studied botanical illustration at The New York Botanical Garden and whose work has been featured in numerous scientific journals, books, and magazine articles. Her artwork has been exhibited internationally and is part of the permanent holdings of many public and private art collections, including the Smithsonian National Museum of Natural History in Washington, D.C.; the Hunt Institute for Botanical Documentation at Carnegie Mellon University; and the Shirley Sherwood Collection at the Royal Botanic Gardens, Kew.

The book is dedicated to the memory of NYBG’s long-time Trustee and friend to many, Coleman P. Burke. It is available in hardcover, softcover, and digital formats. 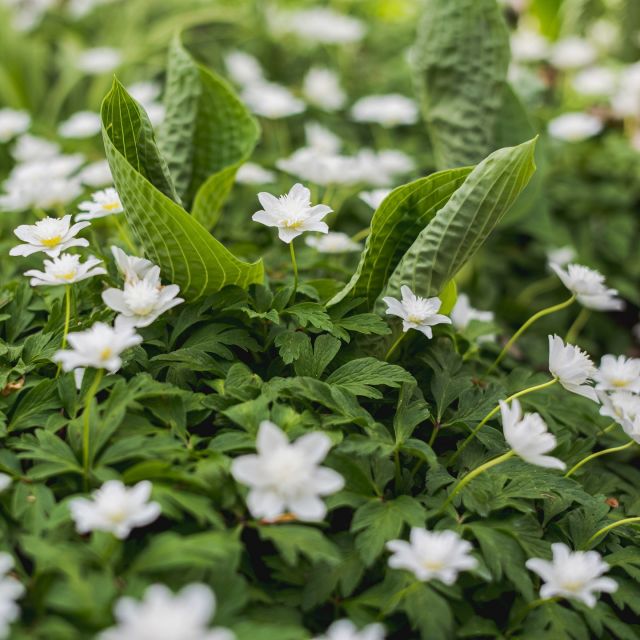