Posted in Plant Science and originally posted on September 16th, 2014, by Roy Halling

Roy E. Halling, Ph.D., is Curator of Mycology in The New York Botanical Garden’s Institute of Systematic Botany. Among his primary research interests is the bolete (or porcini) family of mushrooms, especially those found in Southeast Asia and Australia. 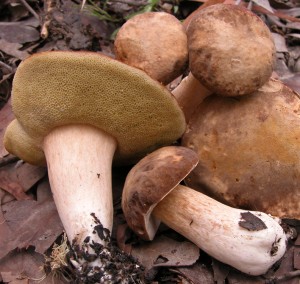 The true porcini mushroom is well-known as a prized edible mushroom. Boletus edulis, as it is known scientifically, has a common name in just about every country where it has been found. Steinpilz, cep, penny bun, king bolete, panza, prawdziwek, and pravi virganj are just a few. Often viewed as “wild crafted,” it can’t be cultivated and grown artificially; it is only found in nature.

Recently, we’ve learned more about the family lineage of this tasty fungus. By analyzing DNA gene sequences, my colleague Dr. Bryn Dentinger at the Royal Botanic Gardens, Kew identified two relatives that are species new to science. We and four other colleagues have just described these species in Mycologia (July/August 2014).

If you think of the evolutionary relationships of species as similar to a family’s genealogy, these two new species are at or near the base of the porcini family tree. Think of them as great-great-great grandparents of the porcini, originating tens of millions of years ago and still thriving, like the ginkgo tree or cycads, which are often referred to as “living fossils.” Bryn goes into great detail about the evolution of the group here. 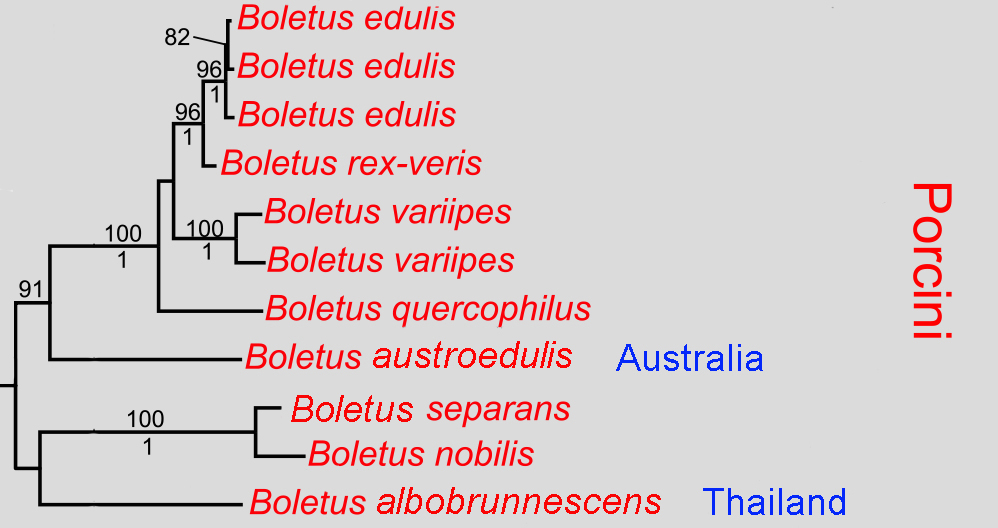 One of the new species, Boletus austroedulis, is the first in this lineage known from the Southern Hemisphere. I collected it in Queensland, Australia, during field work that was funded by my National Science Foundation (NSF) project to survey and document Queensland boletes. Recently, Dr. Matthew Barrett of Kings Park in Perth told me that it also exists in the Kimberley region of Western Australia.

The second new species, Boletus albobrunnescens, is not only delicious but also the most expensive mushroom on the market in Thailand, according to David Arora, who is also a co-author of our paper. The field work leading up to the discovery of this porcini forebear was funded by an NSF project for work in Southeast Asia that was led by Prof. Dennis Desjardin of San Francisco State University. 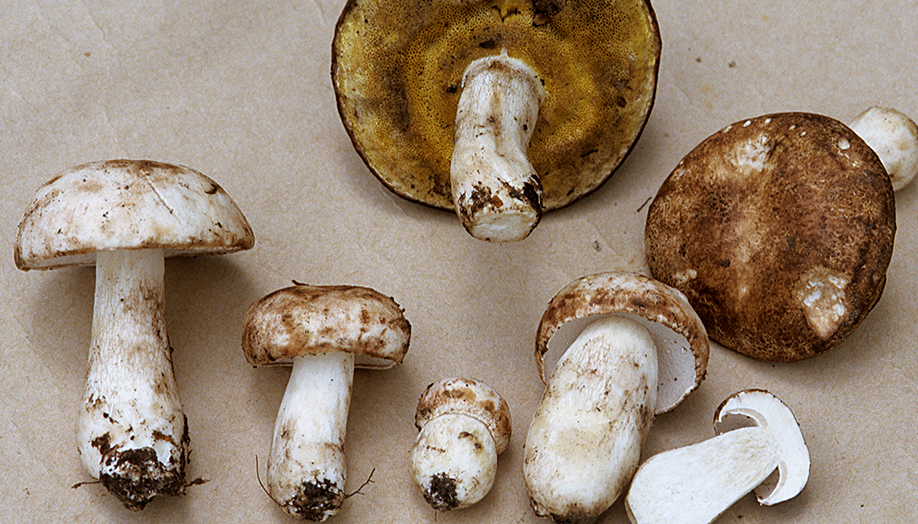 If you want to learn more about porcinis, Wikipedia has an exceptional overview here.

Want to save on evening tickets to your favorite h